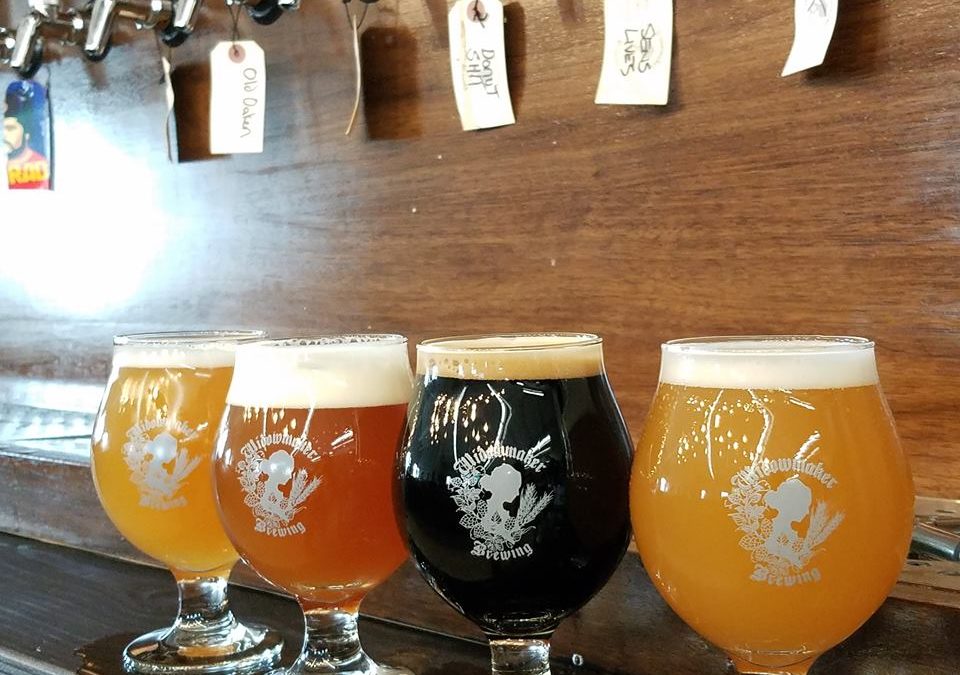 “Our goal is simple,” says the Widowmaker Brewing Facebook page: “make great beer for those who wish to share it with us.” Apparently the South Shore’s craft beer scene has been in a sharing mood, because just five months after debuting its micro brewery and taproom in Braintree, beer sales are so strong that brewer and co-founder Ryan Lavery will soon make Widowmaker his full-time gig. And next month, with the help of Night Shift Distributing, Lavery and crew will perform the ultimate act of sharing is caring when they expand the brand beyond the Southeast.

Up until now, they’ve offered crowlers to-go and have self distributed kegs to about 30 accounts in surrounding towns. Soon, they’ll expand their reach into metro Boston and beyond. “We want to get our name out there, beyond just the South Shore,” says Lavery. “The hope is that people will begin to recognize our name, know that we make great liquid, and want to come visit us in our taproom.” Located on Wood Road, it’s normal hours are Thursday through Sunday, with food trucks on site during weekends. 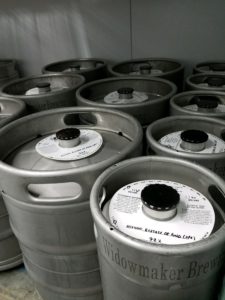 Kegs of Widowmaker beer will make their way to taps at Metro Boston’s better beer bars and restaurants in the coming months.

With the help of Night Shift, who Lavery says he trusts to take good care of his beer, Widowmaker plans to start sending kegs to some of the better beer bars in and around Boston in March. First up are two of their highest rated beers, Ecstasy of Gold American IPA and 50 Year Storm Double IPA. Another popular offering, Donut Shop Stout, is likely to follow. They also hope to get more crowlers out, including to Craft Beer Cellar Fort Point, where they’ll have a tasting event this Friday, the 16th.

Their 7-barrel system is likely to be busy over the next few months as they ramp up production by as much as 40 percent. They’ve already ordered three more 15-barrel fermenters. For impatient Bostonians or others who don’t want to wait that long, Widowmaker will be at the Mass Brewers Guild’s upcoming Meet the Freshman Class event on Saturday, March 3rd. Other exciting news includes the release of a collaboration beer called Widow’s Walk IPA with heralded homebrew outfit Vitamin Sea Brewing, and a tap takeover at Galley in Scituate on February 23rd.

In signing, Widowmaker becomes the fifth Massachusetts brewery to partner with Night Shift Distro, joining Easthampton’s Abandoned Building, Cape Cod based Devil’s Purse, The Tap Brewing Co. in Haverhill, and Night Shift Brewing, technically a separate company and therefore considered a partner like the others.