Where To Beercation in Massachusetts This Winter 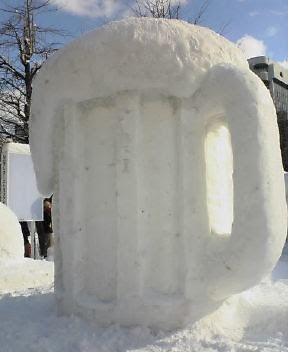 Whether you’re planning a weekend getaway, taking a trip with the family for the upcoming school vacation, or just hitting the road for a day trip, tipping a few pints is probably part of your itinerary. If not, it should be, especially considering Massachusetts now has more than 100 craft breweries with their own taprooms. To make your travel plans a little easier, we teamed up with MassVacation.com to highlight more than a dozen brewpubs and taprooms located near ski slopes, museums, music venues or cultural festivals – making for the perfect beercation.

Hit the Slopes, Then Head to the Taproom

Craft beer lovers know Massachusetts has some amazing breweries, but a lesser known secret is that there’s often surprisingly good skiing just a short drive away, including places like Bradford. The Haverhill ski mountain has 9 lifts, 3 triple chairs, a terrain park, and a manageable 248-foot drop for beginners, making it a great place to learn. Afterward, head downtown to The Tap Brewing Co., “more than just a brewpub,” for dinner and beers. Their 10-barel system has been churning out tasty brews since 2003, and now you can take home favorites like Joshua Norton Imperial Stout or Solar Plexus Double IPA in 16-ounce cans. 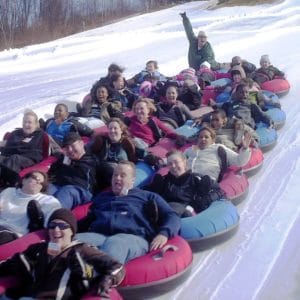 For one of the state’s oldest and best know ski resorts, as well as one of its premiere beer makers, head to the Central Mass. town of Princeton, home to Wachusett Mountain and right next door to Wachusett Brewery. Arguably the best skiing in the East, the mid-sized mountain has 26 trails spread over 110 skiable acres with a mix of novice, intermediate, and advanced terrain. After your last run head to the base lodge and enjoy a number of Wachusett Brewing favorites on draft. Better yet, drive 5 miles up Route 140 to their indoor brew yard and drink right from the source. They’re open everyday but Tuesday, with upwards of 20 beers on tap and live music on weekends.

For a “full-service resort, like the big guys up North, but right here in Massachusetts” head to Jiminy Peak in Hancock. “Great snowmaking, three terrain parks, and some of the best night skiing in the East,” according to the state’s Office of Travel and Tourism, it’s also less than 20 miles from Bright Ideas Brewing in North Adams. And talk about good timing, new brewer James Hardman, an alum of Maine’s well respected Foundation Brewing, will debut his first brew, a juicy New England IPA, this Friday, February 16. The brewery is located on the campus of MASS MoCA, one of the world’s liveliest centers for making and enjoying today’s most evocative art, so you might want to plan for a day there as well.

For History Buffs and Beer Buffs

Celebrate Black History Month by exploring the Black Heritage Trail, a walking tour that starts at the Robert Shaw and 54th Regiment Memorial in Beacon Hill and winds through the city to the nation’s first African Meeting House, right next door to the Museum of African American History. From there, you can keep on walking, right over to Beer Works on Canal Street, or a little further to Seaport where you’ll find the newly opened Hopster’s brewpub and the Harpoon beer hall. Take a quick MBTA ride across the Charles River and you’ll find up-and-comer Lamplighter Brewing and the renowned Cambridge Brewing Company. 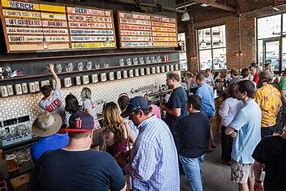 Rich in history, Salem is known for the infamous witch trials, and for Notch Brewery, the 1st U.S. brewer to focus on session beer.

“An 1830’s New England living history museum,” Old Sturbridge Village has played a vital role in preserving early American history for years. Celebrate Winterfest with them all next week, including horse-drawn sleigh rides, 1830s style sledding, and indoor activities like making chocolate. After you’ve worn out the kids, immerse yourself in the history behind the area’s four visitable breweries. Enjoy a pint at Rapscallion’s taproom while learning the lineage of the region’s oldest brewer, sip beers and explore the local food terrain at Homefield Kitchen & Brewery, meet the husband and wife devotees at newly opened Altruist Brewing, or experience the mystique of Tree House, craft beer mecca for thousands of New England beer geeks.

Enjoy Some Culture With Your Craft Beer 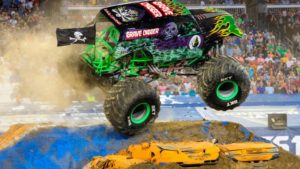 Worcester hosts adrenaline-charged Monster Jam this weekend, which should leave you thirsty for craft brews from nearby Wormtown Brewery.

“From kids’ activities to a craft beer lover’s dream, Lowell WinterFest (Feb. 23 & 24) has you covered!” An annual event held in downtown Lowell, this year’s festivities include free ice skating, a winter market with arts & crafts, fashion, and specialty foods, a music tent, and a winter beer garden. Both Navigation Brewing and Merrimack Ales, the two local breweries, will pour at the festival all weekend. Their taprooms will be open as well. The former, located at the Western Ave Studios, serves full pours and has food trucks, while the latter offers free tastes and beer sales to go.

For an eclectic and diverse display of lifestyles, it’s hard to beat Northampton, a vibrant college town known as the artistic, musical, and countercultural hub of Western Mass.. Be it theatre, live music, restaurants or specialty shops, it’s hard to go wrong in Paradise City. A recent flourish of new breweries has made it a paradise for craft beer lovers as well, and while they may not have inspired the nickname, the area’s six visitable beer makers certainly make it seem like heaven. Be it the Northampton Brewery, one of state’s first brewpubs, the highly regarded IPA’s from Building 8, or the newly renovated taproom at Fort Hill Brewery in neighboring Easthampton, you’re sure to find your personal beer nirvana.