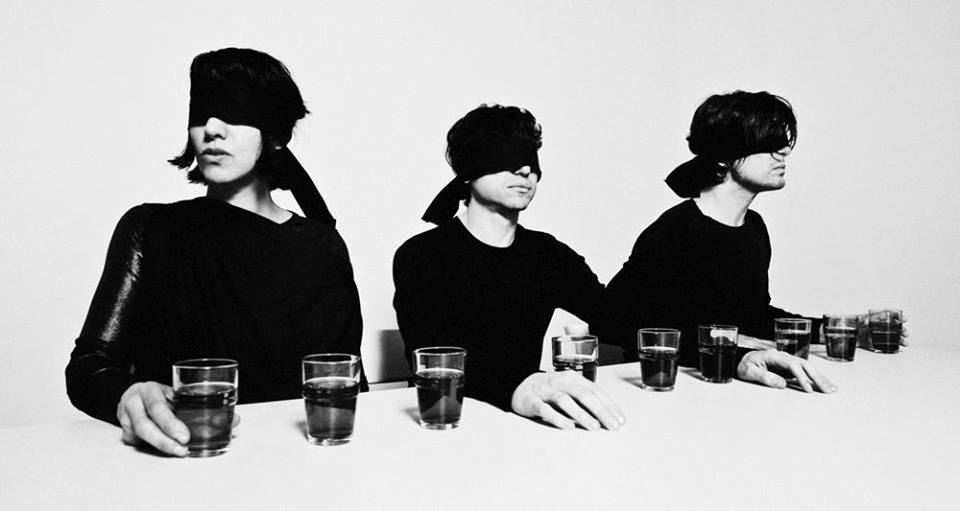 If there’s one big takeaway from our latest blind tasting, it’s that you’re probably not drinking enough Porters. We recently tasted 10, all brewed by Massachusetts breweries, and were blown away by how delicious and how different they were. What flavors complement this classic, dark beer style? Coffee, check. Coconut, check. Smoke, check. Bourbon, check. Just about everything, check. The versatile Porter has something for everyone. Here’s what our panel thought about the ten that we tried. 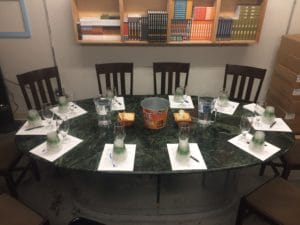 CBC Belmont has blind tastings, open to the public, most Thursday nights. Check their website for details.

On a snowy Saturday we ducked into the secret basement lair of Craft Beer Cellar in Belmont, where co-founders Suzanne Schalow and Kate Baker treated us to an excellent afternoon of sampling, talking craft beer, sampling some more, geeking out about beer, laughing, sampling still more, and finally choosing a few favorites. Among the distinguished panelists were well-traveled beer aficionados Jocelyn Bartlett and Seth Frank, BJCP certified home brewer Jason Chalifour, commercial brewer Isaac Boucher, blogger Ryan Brawn (Hoppy Boston), craft beer cognoscente Zack Rothman (Raising the Barstool), the newly engaged Bethany Baker (Lipstick N Lager), and Mary Mackenzie, who when she isn’t singing soprano is singing the praises of Trillium beer as a retail salesperson at the Fort Point location. Follow any of them on Twitter by clicking their name.

Our format featured three rounds of randomly chosen head-to-head competition, followed by a final Medal Round featuring the top choices from pool play. No formal scoring method was used to rate the beers. Instead, we had open discussion about each one after sampling it, and then voted our top choice in each round through to the finals. Criteria was pretty simple: which beer did you most enjoy drinking. Panelists were free to interpret that how they saw fit, or to use any other factors they thought relevant.

Our first round featured Briefcase Porter from Exhibit ‘A’ in Framingham, Light Into Dark Winter Porter from contract brewer ZēLUS, makers of craft beer designed for people with active lifestyles, and Baby Maker Irish Porter from Iron Duke in Ludlow, whose website description read “no parent admits they have a favorite child, but here at Iron Duke the Baby-Maker holds a special place in our hearts.” Panelists tended to agree, though by a narrow margin, and sent Baby Maker through to the final round.

The second round included Dean’s Beans Coffee House Porter from Berkshire Brewing Company (BBC), Palmside Coconut Porter from Castle Island, Storm Door Porter from RiverWalk, and JP Porter from Turtle Swamp. Here’s where things started to get interesting. In addition to facing an extra competitor in this round, two of the selections, Coffee House and Palmside, went beyond the scope of generally accepted beer style guidelines for Porters. One can make a convincing argument that this round was not a fair fight. That said, life is not always fair, so we sent the consensus favorite, Coffee House Porter, into the final round.

Round three was even more contentious, with One Down, a robust cherrywood smoked offering from Bog Iron, going up against Werewolves of Cambridge, a more traditional Porter from Lamplighter, and the 10% Pecan Pie Porter aged in bourbon barrels from Clown Shoes. Not all the tasters were fans of smoke beers, but those who were went for One Down. Others were swayed by the decadence and booziness of the Pecan Pie Porter. Deadlocked, we decided they both deserved to advance. 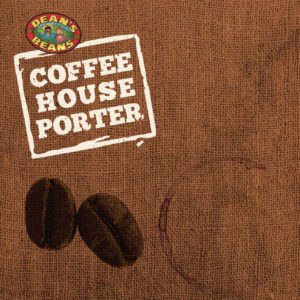 BBCs robust, aromatic, and smooth offering, introduced back when coffee beers weren’t yet in fashion, still holds up.

Our Medal Round’s final four was a diverse assortment of everything a Porter can be: BBCs subtle and balanced coffee brew, the boozy, desserty complexity of Clown Shoes’s barrel-aged, high ABV offering, Bog Iron’s earthy, spicy smokeshow of a brew, and the classic malty-sweet taste of Iron Duke’s Irish Porter. Trust us when we tell you there were no losers here, but BBCs roasty rendition, which debuted 20 years ago as one of the original coffee beers, edged out the others for the top spot. It’s balanced, classic Porter taste, enhanced by its subtle, roasty coffee finish made it irresistibly drinkable.

Worth noting is that we’d recommend every one of the beers in our line up, and all received votes, but each of the four finalists had an extra element that helped them stand out in a competitive field. If we had one regret, it’s that it might have made more sense to have two categories: traditional and specialty. Next time.

Others we’d love to have included are Night Shift’s Awake, Goodnight Moon Imperial Milk Porter from Greater Good Imperials, just-released MinChoPo, featuring mint and cacao nibs, by Cape Cod Beer, and a whole slew of others. What we’re trying to say is that with so many great options, you should probably have your own tasting of Porters this weekend. Save us a seat.