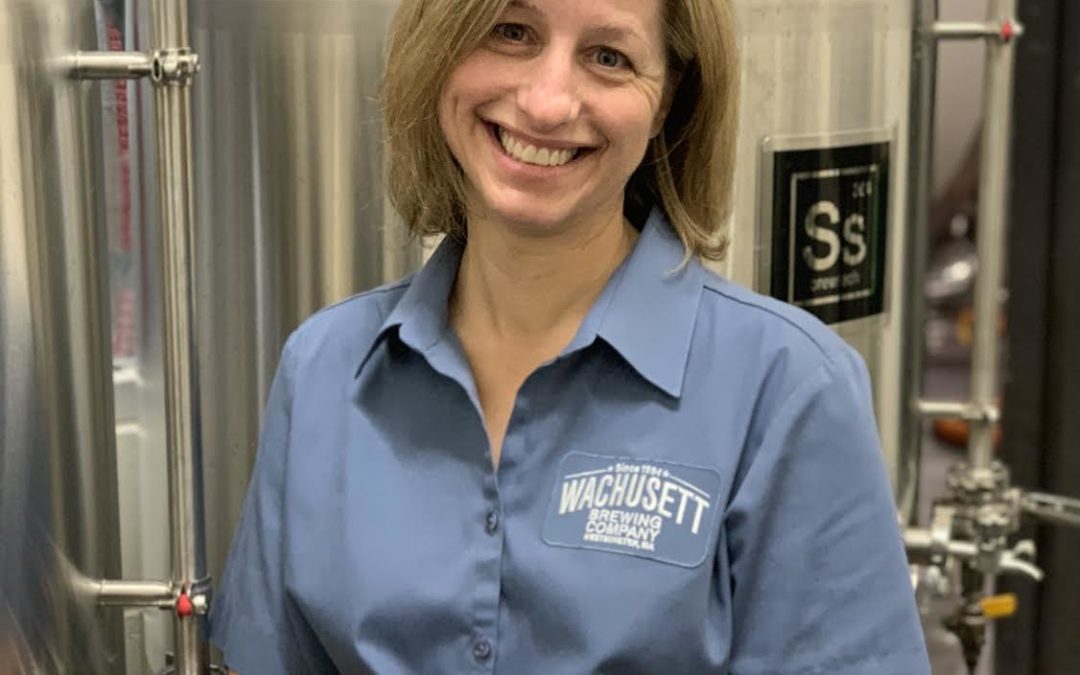 PRESS RELEASE / December 3, 2019 (Westminster, MA) – Wachusett Brewing Company has announced that Valerie Brock has been promoted to the position of Director of Fermentation and Cellaring and will be leading the 25-yr Massachusetts brewery’s brewing department moving forward. Valerie will be replacing longtime Brewmaster Dave Howard who is stepping down after 20+ years with the brewery.

“I could not be more proud to have someone of the caliber of Val to lead us into the future,” said Wachusett CEO/Founder Ned LaFortune. “She has consistently been a leader for us since the day she arrived here, and I am confident of all the incredible things she is going to do for our company moving forward,” LaFortune concluded.

Valerie has most recently held the position as the brewery’s Microbiologist. She comes with 10 years of experience in the areas of bacteriology, fermentation science, quality assurance, and sensory analysis.

“I look forward to the challenges of this role,” Brock shared. “We have an amazing team of brewers, cellarmen, and lab staff who care about producing great beers, ciders, and seltzers. We are excited to be working together to create new recipes and brew old favorites.”

The company produces a diverse, award-winning line of beers ranging from their best-selling Blueberry Ale to their highly-rated Wally New England IPA series. WBC is the largest brewer in Central Massachusetts and was named the 43rd largest craft brewery in the US in 2018.