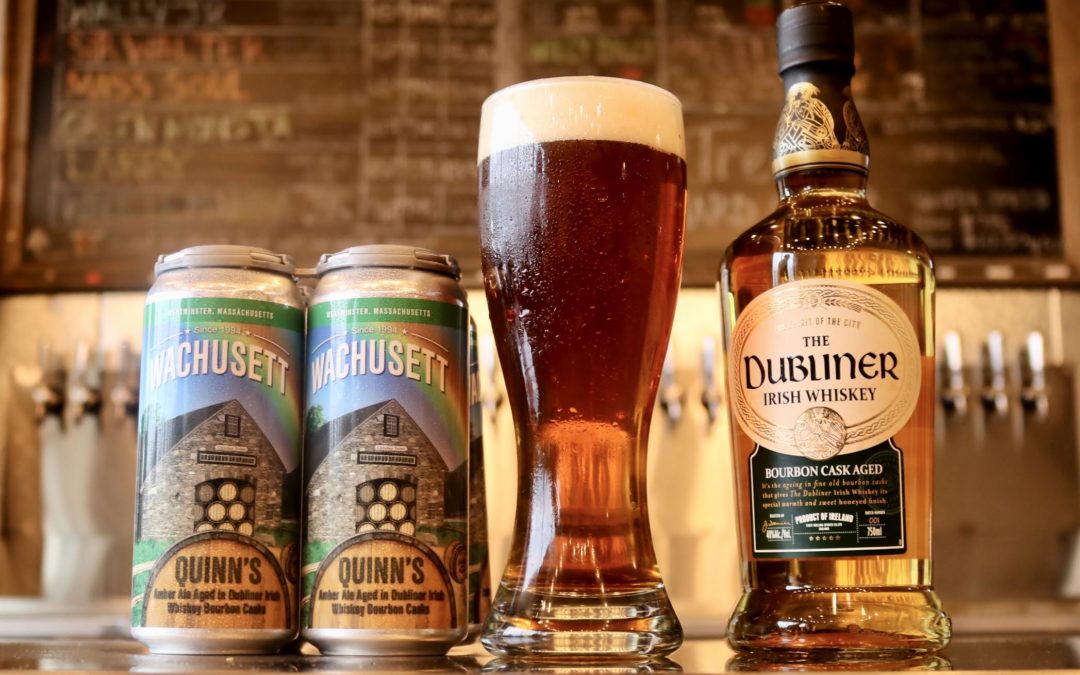 PRESS RELEASE / February 25, 2020 (Westminster, MA) – The Dubliner Irish Whiskey has announced its first collaboration on US soil partnering with Massachusetts craft brewer, Wachusett Brewing Company for the 1st edition of its Beer Cask Series. The Dubliner shipped casks of its award-winning, Bourbon Cask Aged Irish Whiskey to the brewers at Wachusett in 2019 who then filled them with their Quinn’s Amber Ale.  The beer was aged in the Kentucky bourbon oak casks for several months and the freshly disgorged casks are on their way back to Dublin to be used for a special release coming later in the year. 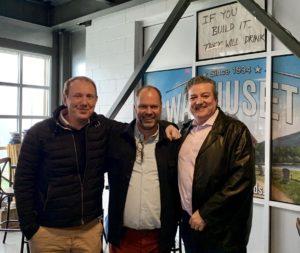 “This is a truly exciting collaboration for Dubliner Irish Whiskey”, says Darryl McNally, Master Distiller at the Dublin Liberties Distillery and home of the best-selling whiskey. “Not only do we choose breweries whose beer casks add a unique taste to our whiskey, but partners like Wachusett Brewing, that have the same independent spirit as Dubliner, with a straight-up attitude and down to earth appreciation of great tasting brands. Dubliner seeks to inject fun and excitement into whiskey and we are creating new whiskey flavours that drive wider appeal for Irish whiskey. The end result is Just Good Whiskey.”

“It is an honor to partner with The Dubliner for this exciting project” said Christian McMahan, President of Wachusett Brewing Company.  “There is no shortage of Irish whiskey lovers in this part of the country and we think our Barrel Aged Quinn’s Amber is going to be the perfect way to celebrate the upcoming St. Patrick’s Day holiday.  We are equally proud to see those casks go back to Ireland and look forward to seeing the essence of Wachusett used to make a spectacular Irish Whiskey” 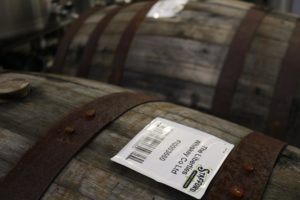 Quinn’s Barrel Aged will be released on tap and in 16oz cans in late February in Boston and across Massachusetts in bars and restaurants as well as retail stores.

For more information about The Dubliner Irish Whiskey, visit https://www.dublinerwhiskey.com

Celebrating 25 years in 2019, WBC produces a diverse, award-winning line of beers ranging from their best-selling Blueberry Ale to their highly-rated Wally New England IPA series. WBC was named of the top 50 largest craft breweries in the US in 2018.

About The Dubliner Irish Whiskey

The Dubliner Irish Whiskey is a blend of single malt and grain whiskey, fully aged in bourbon casks and bottled at 40% abv. The Dubliner is a classic style Irish whiskey – smooth, fresh with a mellow sweetness coming from Bourbon casks. Dubliner represents the spirit of the city it hails from and seeks to bring a little piece of Dublin spirit around the world. The Dubliner Irish Whiskey is accompanied by 2 variants; The Dubliner 10 Year Old Malt Whiskey – aged for ten years in bourbon casks and bottled at 42%; and the Dubliner Whiskey and Honeycomb – made from a base of Irish whiskey blended with honeycomb and caramel, for a smooth, sweet finish.