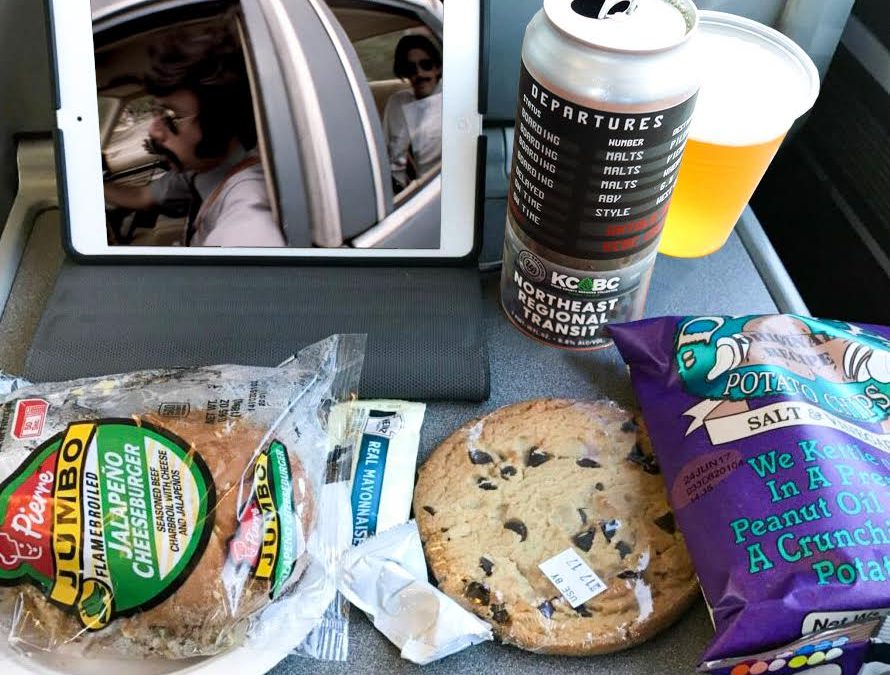 PRESS RELEASE / August 25, 2021 (Scituate, MA) – A couple weeks ago Untold Brewing’s friends from KCBC in Brooklyn, rolled into town to collaborate on a West Coast IPA, a style we both love and appreciate. Named in honor of the railways that connect our Greenbush and Bushwick neighborhoods, Northeast Regional Transit, debuts tomorrow!

Here’s the recipe story… We zeroed in on a malt bill of Pilsner, Vienna, and Wheat, a blend that accentuates the hops, and results in a bright, crystal clear, golden hue in your glass.
Centennial, Cascade, and Columbus contribute robust aromas of pine and earthy spice and are enhanced with additions of Citra to round out the nose with hints of fresh citrus zest. Compared to other Westies in our portfolio the aroma on this beer is an 11.
As designed, you’ll be rewarded with a clean, moderately bitter finish without malty sweetness, that keeps you reaching for the can. We are in love with this beer.
—
and… for those that read all the way down to the bottom of this lengthy post… Alongside 4-Packs of Northeast Regional Transit, we will be offering (24) mixed 4-Packs in our taproom featuring all (4) of our Westies for you to try side-by-side and CELEBRATE BITTERNESS as much as we do…

About Untold Brewing
Established in the fall of 2017, Untold Brewing is a leading independent craft brewery based in Scituate, MA. Founded by town native, Matt Elder, the brewery has grown to regional attention, producing over 2300 BBLs of beer annually, in a variety of styles. Their production brewery features a renovated 1852 one-room schoolhouse as a taproom, plus a production space, patio and lawn just steps from the Greenbush commuter rail station and historic Scituate Harbor. Beyond producing award winning beer, Untold has committed to sustainable environmental practices and has collaborated with numerous local non-profit and charitable organizations to raise funds and awareness for their important causes. Recent examples include: Scituate Pride, North & South Rivers Watershed Association, Dana Farber Cancer Institute, Mad Love (South Shore Conservatory), Surfrider Foundation, and Alice’s House to name a few. More information can be found on their website: www.untoldbrewing.com or via social media: @untoldbrewing

We are a trio of experienced brewers who have joined forces to bring our shared vision of quality, variety and community to craft beer drinkers throughout New York City and beyond. We love working together, we love drinking together, and we’re super-duper excited to bring our fresh & flavorful beers to life here in Brooklyn.

After several years of honing our brewing skills in tiny apartments, at the American Brewers Guild in Vermont, and professionally at breweries across the city, we all independently came to the same conclusion: wouldn’t it be FRICKIN’ AWESOME to open a new brewery in NYC? Flash forward in time, and after various trials and tribulations (and many long drinking sessions together), we realized that if we combined our efforts, we could build a bigger, better, more badass brewery than if we each tried to do it alone. And thus: Kings County Brewers Collective (KCBC) was officially born.