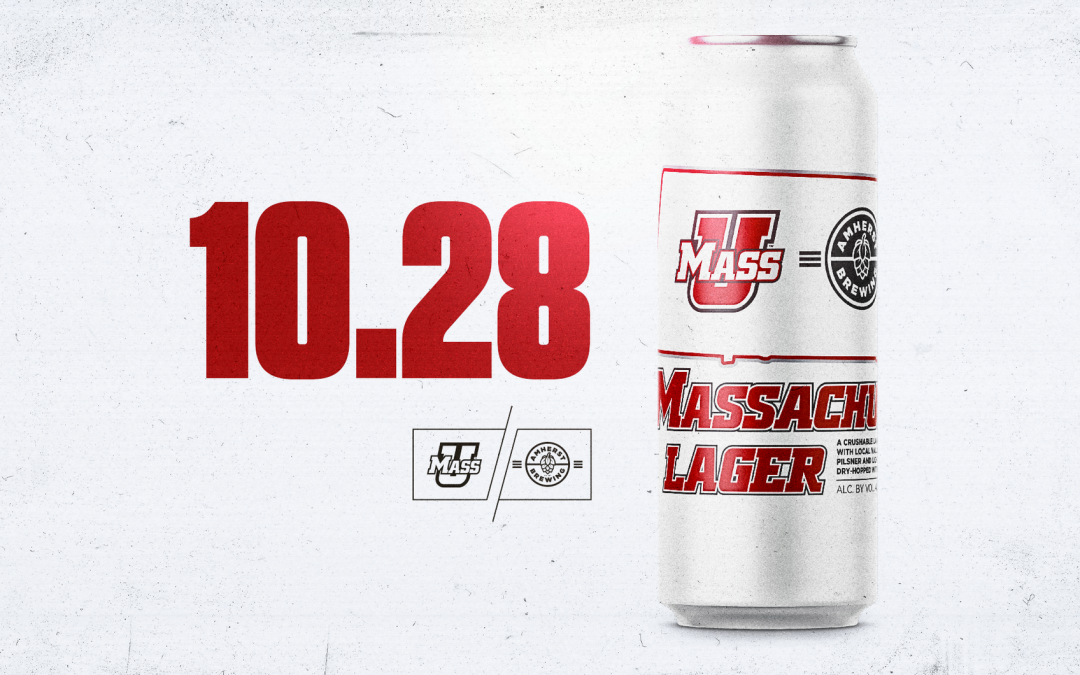 “We are very excited to extend our wonderful partnership with Hangar Pub & Grill to include Amherst Brewing in our first co-branded beer release,” Director of Athletics Ryan Bamford said. “I want to thank owner Harold Tramazzo for his loyalty and interest in supporting Massachusetts Athletics for many years and especially with this latest exciting creation. There is no doubt, Massachusetts Lager will be a fan favorite at our events and beyond.”

Massachusetts Lager will be available at upcoming UMass athletics events and distributed throughout the Commonwealth along with other Amherst Brewing products.

As part of the partnership, the Hangar Pub & Grill and Amherst Brewing will host watch parties for select away games and the partnership will be featured on UMass Athletics’ television and radio broadcasts and highlighted across various digital platforms.

For over 25 years Amherst Brewing has been a staple in Amherst, Massachusetts. Our process is rooted in decades of small batch experience built on a solid foundation of traditional beer making with an experimental approach. Over the years, The Hangar Pub and Grill, now home to Amherst Brewing, has been a destination for many alike before and after Massachusetts Athletics games. With Massachusetts Lager, we wanted to make a light and crisp lager for fans to enjoy at the game or at home during any season. This is a great nod to the deep-rooted connections and traditions Amherst Brewing and the University of Massachusetts have created over the years.