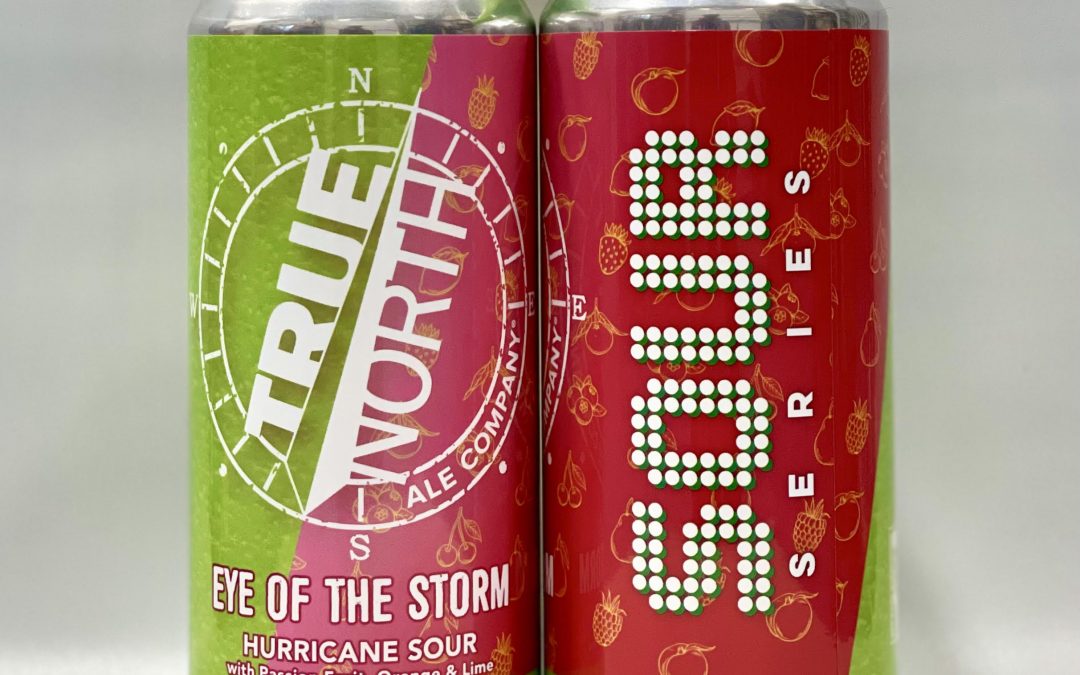 PRESS RELEASE / February 1, 2022 (Ipswich, MA) – This week True North Ales will launch EYE OF THE STORM Hurricane Sour, inspired by the Hurricane cocktail created in New Orleans. Infused with passion fruit, Cara Cara orange, and Key lime purée to produce big funky flavors and aromas of tropical fruit and citrus with a tart and refreshing finish. We think it will be the perfect gift for Valentine’s Day and to celebrate Mardi Gras throughout the month of February.

Eye of the Storm is the second in our Sour Series Program. Watch for a new and exciting fruit sour to be released every month of the year.

Eye of the Storm is available in limited amounts at stores, restaurants, and bars throughout Massachusetts and New Hampshire, and at the True North Ales Taproom.

True North Ale Company opened in 2017 in Ipswich, Massachusetts and specializes in hazy & juicy IPAs, sophisticated Belgian ales, classic lagers, cutting-edge sours, and many more traditional and experimental styles. In 2018, VINCIANNE Belgian Blonde earned the gold award at the World Beer Cup. CERVEZA Mexican Lager won a gold medal at the 2021 Great American Beer Fest and a silver medal at the GABF in 2020. NORTHERN HAZE IPA earned a bronze medal at GABF in 2021. Voted Best Brewery on the North Shore four consecutive years by the readers of North Shore Magazine. Distributed throughout Massachusetts and New Hampshire.