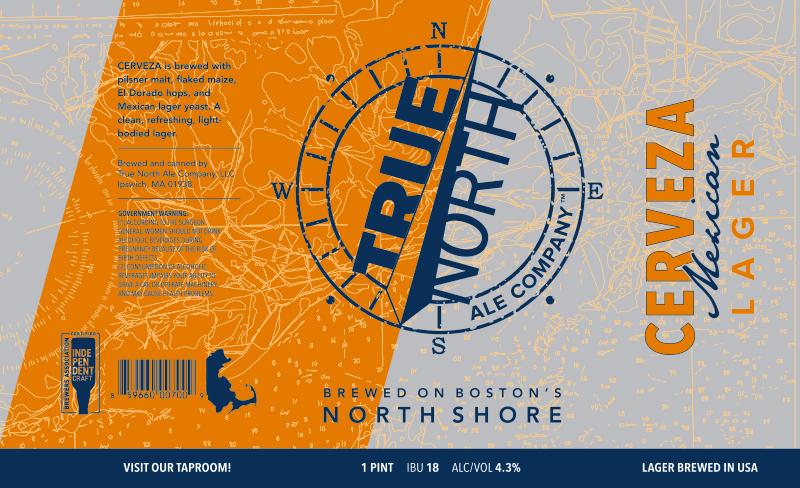 PRESS RELEASE / October 20, 2020 (Ipswich, MA) —True North Ale Company was awarded a silver medal in its category for CERVEZA Mexican Lager at the 2020 Great American Beer Festival® (GABF) competition. The GABF competition is the largest and most prestigious competition in the United States, and is second only to the World Beer Cup internationally. CERVEZA, one of the flagship beers in the True North Ales portfolio, is brewed with flaked maize and El Dorado hops and fermented with Mexican lager yeast for a crisp, clean finish.

“Winning a medal at GABF is a very big deal in the craft brewing world,” said Jake Rogers, Founder & Chief of Brewery Operations. “Cerveza started out as a simple beer with a simple name in my homebrewing days. Credit and congratulations go to our Head Brewer Seth Barnum and our crew in the brewery for making it a stellar beer that appeals to casual beer drinkers and craft beer lovers alike.”

In its 34th year, the GABF saw more than 8,800 beers submitted for judging by more than 1,700 American breweries from all 50 states. Awards were given in 91 beer-style categories during the GABF awards ceremony on October 16, 2020, held virtually on The Brewing Network. GABF style guidelines determined that CERVEZA Mexican Lager fit the category “American-Style Cream Ale.”