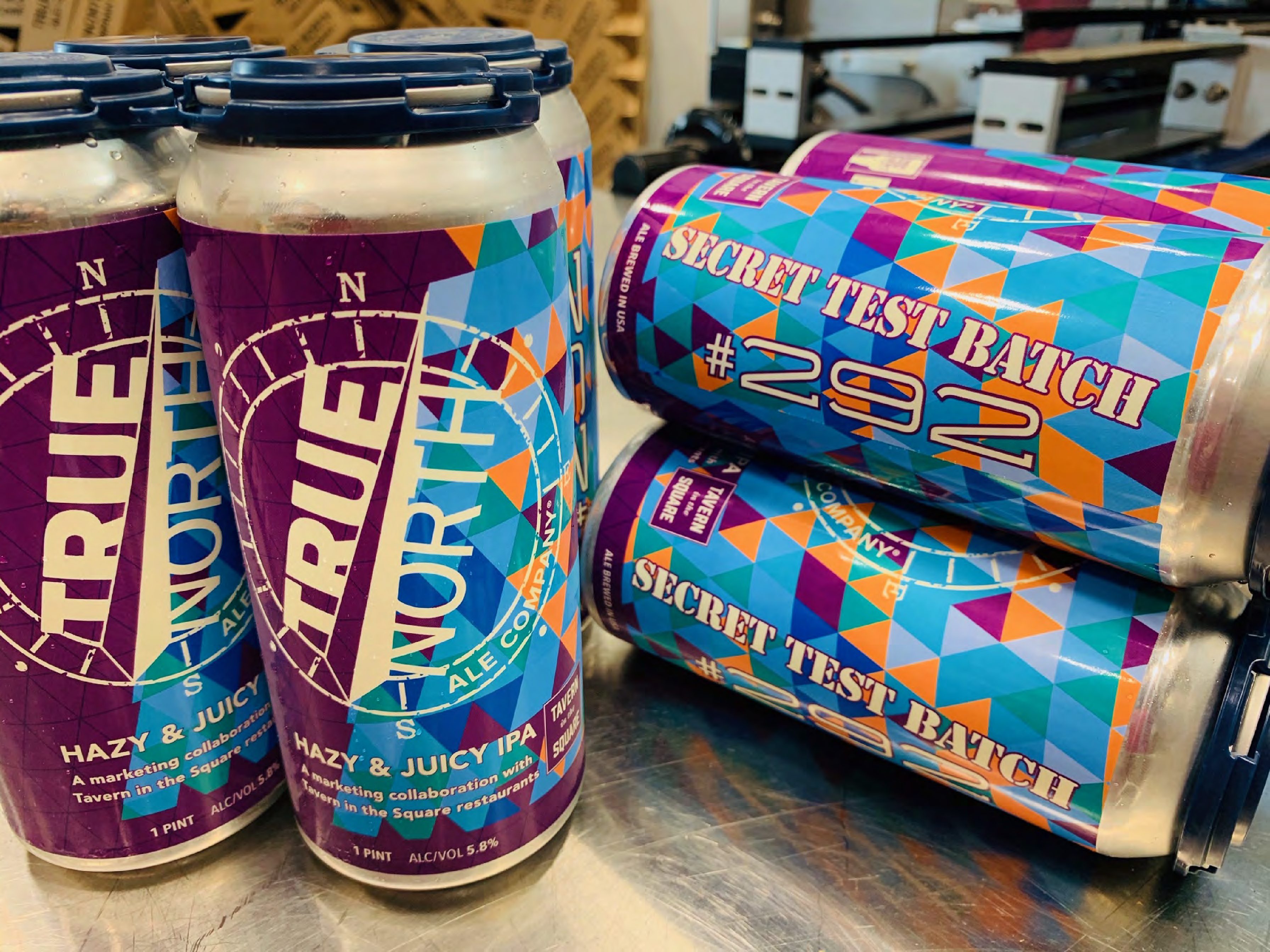 PRESS RELEASE / March 26, 2020 (Ipswich, MA) – True North Ale Company was chosen by Boston-based Broadway Hospitality Group to develop a specialty beer to be served exclusively at BHG’s ten Tavern in the Square restaurants, The Broadway in South Boston, and The Derby in Salem. The first test batch of the beer, a hazy and juicy IPA, was brewed in late December as SECRET TEST BATCH #267. A final name for the beer was chosen in January — MASS HAZESTERIA — to emphasize the “haze craze” and a Massachusetts beer and brewery. The beer went on tap in BHG restaurants and at the True North Ales Taproom in February under that name. Reception for the beer was outstanding, but short-lived, as all restaurants closed by March 16th.

A second batch of the beer had already been brewed and, with support from BHG executive management, will be brought to market later this week in stores in Massachusetts. Given the current health crisis, the name chosen back in early January is inappropriate. The name of the beer to be seen on store shelves is SECRET TEST BATCH #292. We hope that folks who would otherwise be happily visiting their local Tavern in the Square, The Broadway, or The Derby for a pint of this great beer will enjoy having one at home. Look for SECRET TEST BATCH #292 in many beer stores throughout Massachusetts starting the week of March 23rd  – Cheers!

Newly built and opened in the autumn of 2017 by the father and son team of Gary and Jake Rogers, the brewery boasts a 15,000+ square foot facility with state-of-the-art brewing equipment, a high-speed canning line, and on-site taproom, patio, and events space. Our Taproom offers a welcoming environment to thirsty locals and out-of-town visitors, and a gathering place for business and community groups. Very recently opened, The North Side event space is available for large and small group gatherings ranging from fundraisers to corporate meetings to weddings.