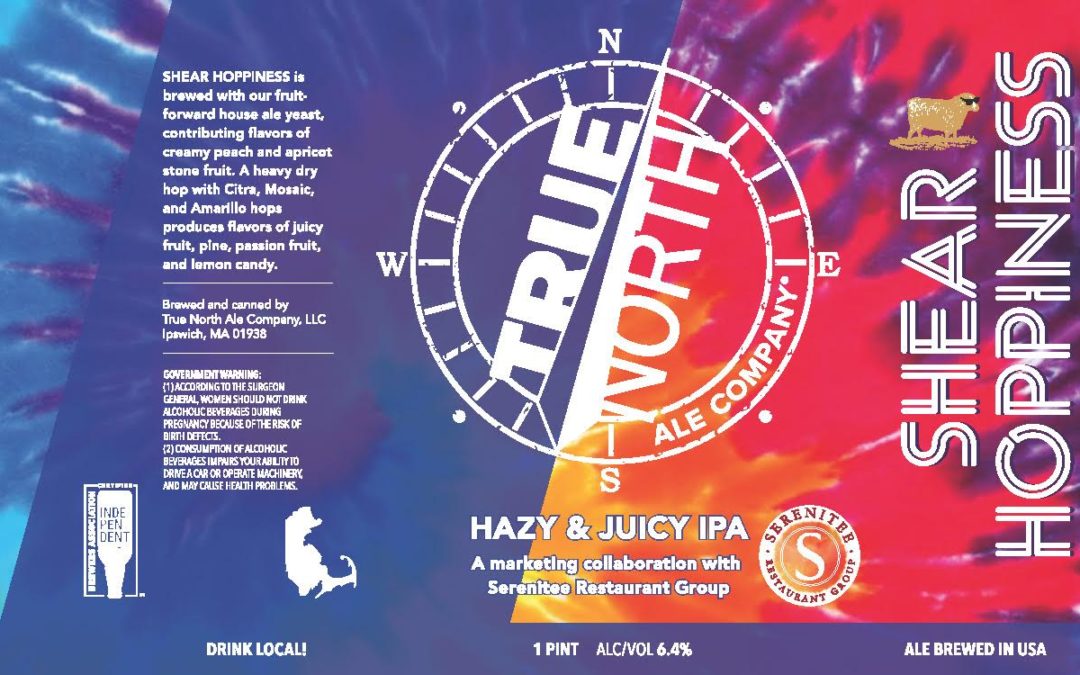 PRESS RELEASE / April 9, 2020 (Ipswich, MA) – True North Ale Company was chosen by the Serenitee Restaurant Group back in 2018 to develop a specialty beer to be served exclusively at their eight locations north of Boston. The beer, a hazy and juicy IPA, was initially offered at their Maggie’s Farm property in Middleton. They chose the name SHEAR HOPPINESS and featured Babs the sheep from their logo. The beer has been poured continuously for nearly two years, until March 16th. A batch of the beer had already been brewed and, with support from Serenitee executive management, will be brought to market later this week in stores in Massachusetts. We know that folks who would otherwise be happily visiting Serenitee locations for a pint of this great beer will enjoy having one at home. Look for SHEAR HOPPINESS Hazy & Juicy IPA in many beer stores throughout Massachusetts starting the week of April 13th.  -Cheers!