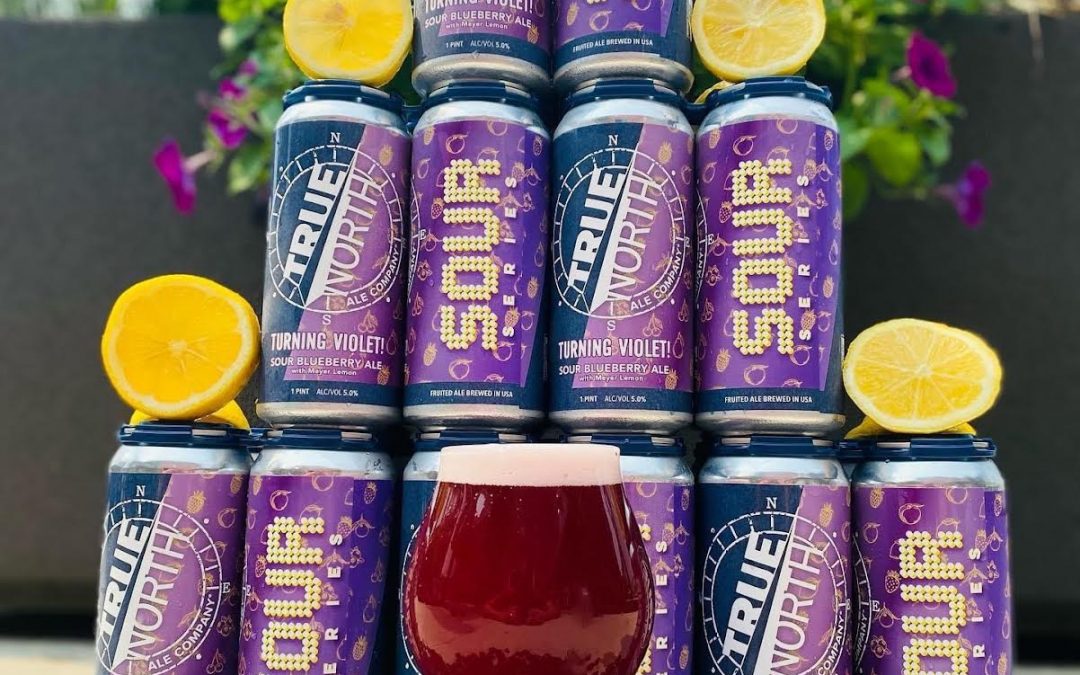 PRESS RELEASE / July 20, 2021 (Ipswich, MA) – True North Ale Company has released another in its highly successful Sour Series. Turning Violet! is fermented with blueberry and Meyer lemon purées to produce bright flavors of blueberry lemonade and blueberry pastry. The beer is pleasantly tart with an herbal citrus finish. In 2020, this beer was a Taproom-only release and was named Violet! You’re Turning Violet, Violet! — way too long for the can label. Enjoy!

Turning Violet! Sour Blueberry Ale will be available for a limited time in beer stores throughout Massachusetts and on tap in select restaurants.