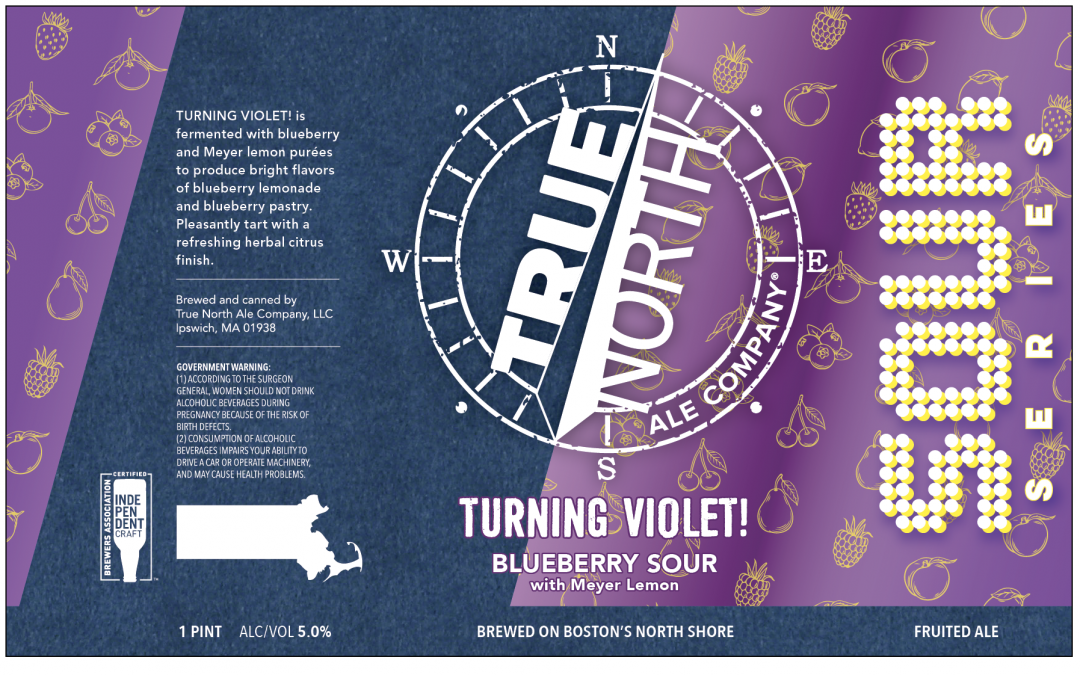 PRESS RELEASE / June 1, 2022 (Ipswich, MA) – True North Ale Company has released another in its highly successful Sour Series. Turning Violet! is fermented with blueberry and Meyer lemon purées to produce bright flavors of blueberry lemonade and blueberry pastry. The beer is pleasantly tart with an herbal citrus finish. Our introduction to the summer season. 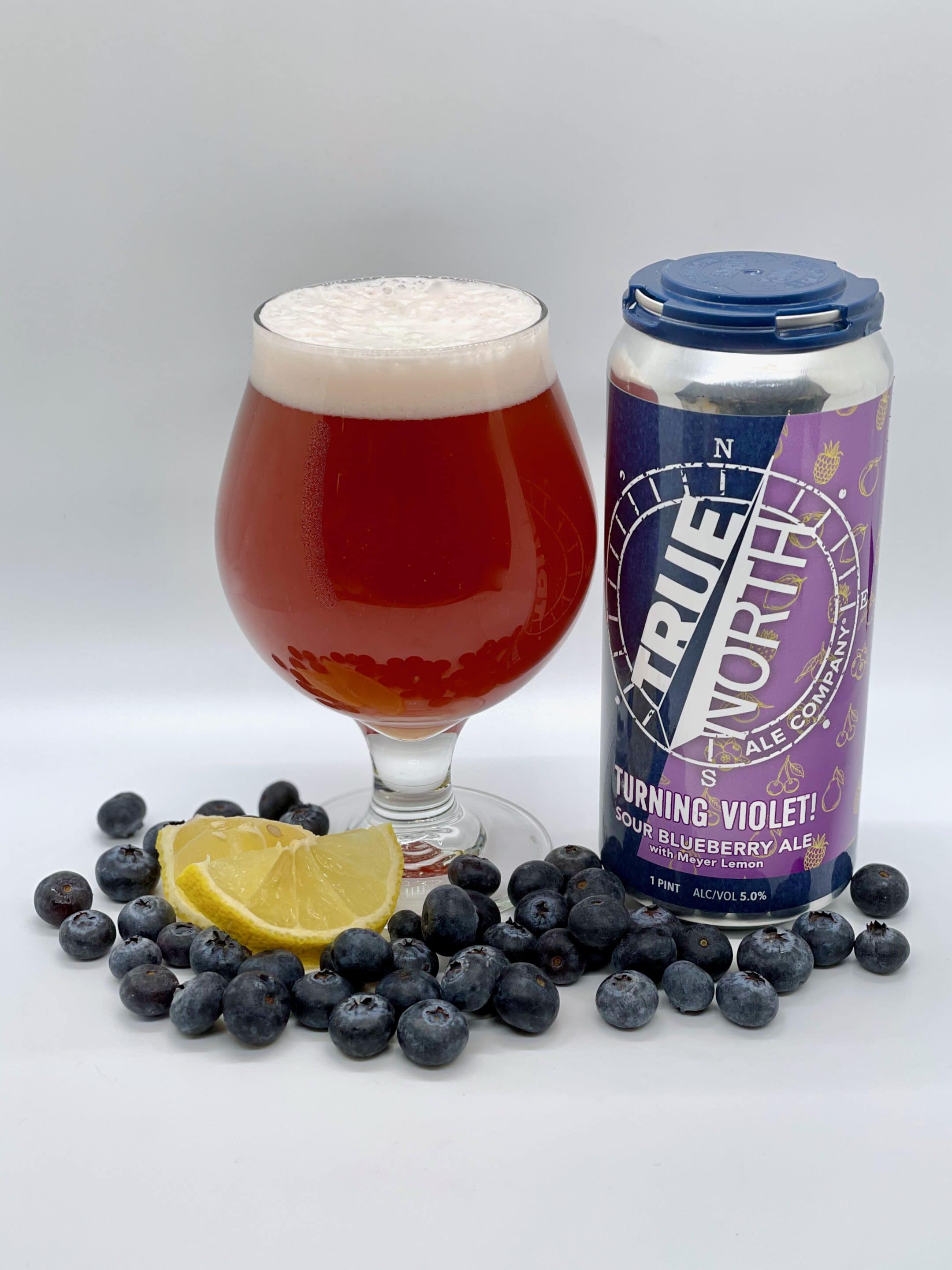 Turning Violet! Blueberry Sour will be available for a limited time in beer stores throughout Massachusetts, New Hampshire, and Rhode Island, on tap in select restaurants, and at the True North Ales taproom. A new Sour Series brew is released each month.

True North Ale Company is located in Ipswich, Massachusetts. Opened in 2017, its beers have been poured in more than 1,500 bars and restaurants and sold in more than 1,500 stores in Massachusetts, New Hampshire, and Rhode Island. The brewery has won major international awards, to include a Gold Award at the 2018 World Beer Cup, Gold and Bronze Medals at the 2021 Great American Beer Fest, and a Silver Medal at the 2020 Great American Beer Fest. It has been voted Best Brewery on Boston’s North Shore four consecutive years. Its North Shore location features 150+ seat open-air and tented patios and 150+ seat indoor seating. The events venue, The North Side, may host events with more than 250 guests.