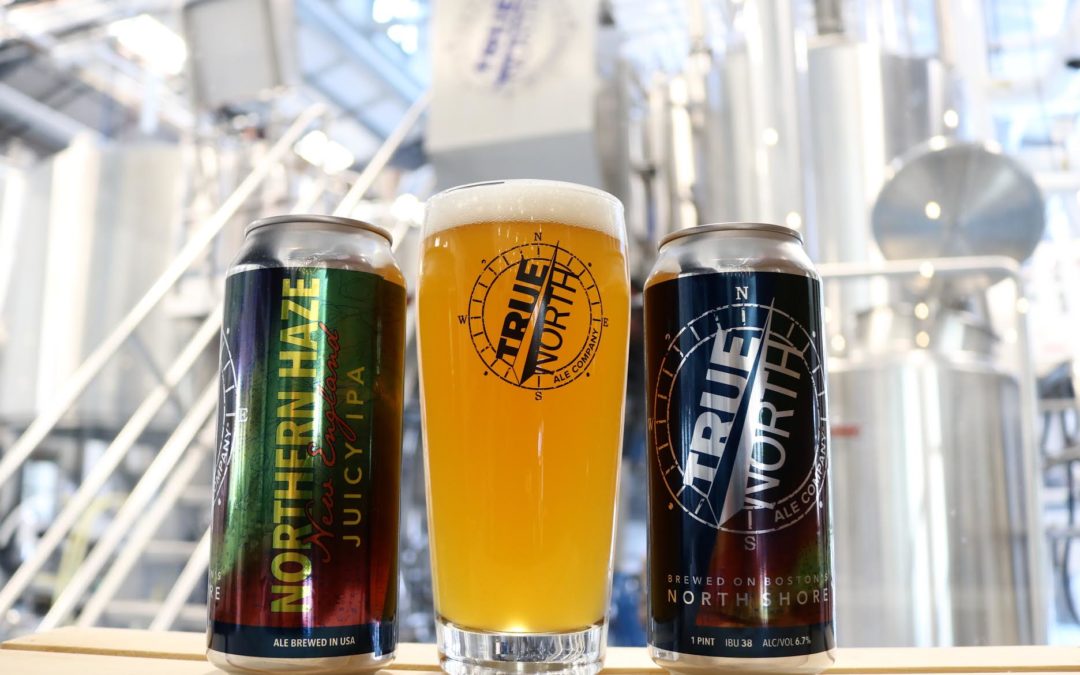 PRESS RELEASE / April 27, 2018 (Ipswich, MA)
True North Ale Company will launch Test Batch #2 of their hazy & juicy New England IPA, NORTHERN HAZE, on Friday night. They’ll be offering pints and growler fills all weekend.
Northern Haze is brewed with unmalted barley and wheat atop a blend of base malts to provide a full mouthfeel and a heavy haze. Fruit-forward ale yeast and ample additions of American and Southern Hemisphere hops provide aromatics of passion fruit, stone fruit, and berries.     IBU 38     ALC/VOL 6.7%
They introduced their NORTH SHORE New England Session IPA and their SQUARED New England Double IPA back in early November. When introduced, NORTH SHORE was the first and only New England Session IPA in kegs and cans found in bars and restaurants and on store shelves here in Massachusetts. It is their top-selling beer. SQUARED is the choice of folks looking for a big beer that drinks smooth. Now with NORTHERN HAZE, they fully fill the gap between big and small IPAs with a beer that they know will be a winner.
Watch for NORTHERN HAZE to make its debut in the greater market later in the month of May. They distribute their beers throughout the Commonwealth through Seaboard Products, the Craft Brewers Guild, and L. Knife & Sons.

True North Ale Company is located on Boston’s North Shore in historic Ipswich, Massachusetts. The word “True” of True North Ales has special meaning to us and reflects our core values of integrity and honesty in all that we do. “North” refers to Boston’s North Shore, our home. And “True North” reflects the nautical and maritime heritage of Ipswich and the surrounding communities.