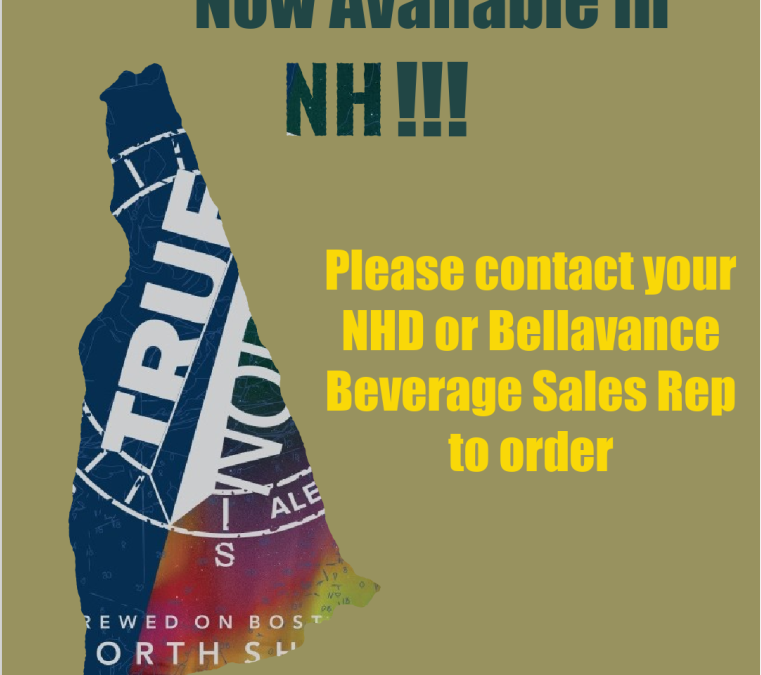 “We have very successfully built our brand in the Massachusetts market over the nearly four years since first
opening. We chose Bellavance and NHD to represent us in New Hampshire because of their outstanding
reputation for excellence and integrity in working with independent craft breweries,” said Gary Rogers, Founder
& Chief of Business Operations at True North Ales.

“My team is very excited to represent True North Ales and bring their strong lineup of highly sought-after craft
beers to New Hampshire”, said Joe Bellavance, President of Bellavance Beverage. Added Tyler Kelly, Vice
President & Partner at NHD, “We have both been very successful introducing new craft brands to the New
Hampshire market. The strength of True North Ales across the border has locals eager to try their beers. We
anticipate a very good reception and look forward to sharing a pint.”

True North Ales products will be available in stores and in bars and restaurants beginning this week.

Serving New Hampshire since 1902, Bellavance Beverage Co. (BBC) is a multi-generation family beverage distributor based in Londonderry, NH, The Company services 100 towns in Southern NH and the Upper Valley with a comprehensive portfolio of beer and beverages and a passionate, talented team. It was recently named NH Business Magazine’s 2021 Retail/Wholesale “Business of the Year” and it’s new Londonderry facility is 100% powered by NH’s largest rooftop solar array.

Founded in 1946, New Hampshire Distributors, LLC (NHD) is a multi-generation family beverage distributor based in Concord, NH. NHD services central &amp; northern NH along with the NH seacoast and continues to thrive as a leader across the NH wholesale beverage landscape with an evolving portfolio of beer and beverages.