Trillium Releases Four Classically Reimagined, Barrel-Aged British Stock Ales in Collaboration with Cloudwater, Monkish, Other Half and The Veil 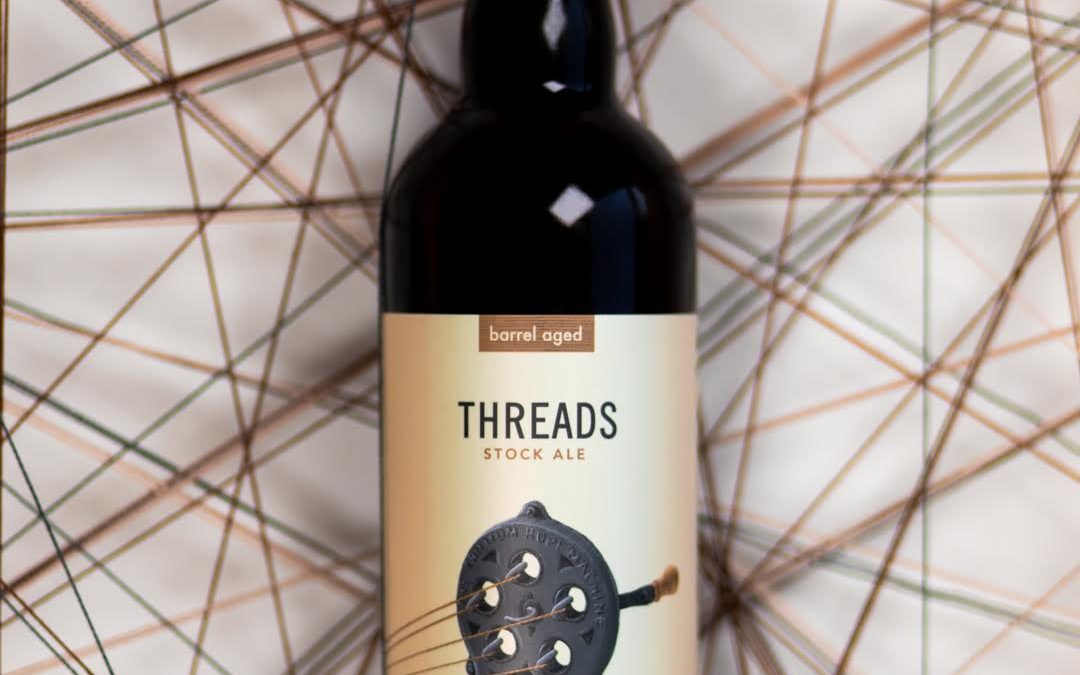 PRESS RELEASE / December 19, 2019 (Boston, MA) – Trillium Brewing Company has released Threads, a modern-day interpretation on a nearly extinct, yet incredibly complex, traditional British Strong Ale. Inspired by a rich history of English Brewing, Threads, and it’s three single-adjunct variants, are aged in a variety of barrels ranging from Bourbon and Maple Bourbon to Rye and Apple Brandy. Trillium and their friends in brewing at Cloudwater, Other Half, Monkish and The Veil, thoughtfully blended portions of each close to three-year barrel-aged ale to unravel a final beer that is incredibly thought-provoking and complex.

All four interpretations of Threads, weighing in at 15.2% ABV a piece, are available in 750ml bottles. However, each individual variant boasts its own unique and multifaceted flavor profile.

After nearly thirty months in a variety of different barrels, Trillium’s Traditional British Stock Ale, Threads, alongside it’s almond, coconut and vanilla single-adjunct variants, are now bottled and ready for you to take home and enjoy. Nearly three years in the making, Threads is brewed in partnership with Cloudwater Brew Co., Other Half Brewing, Monkish Brewing Co. and The Veil Brewing Co., and is available for in-person purchase tomorrow at all three Trillium Brewing Company locations.

In the glass, Threads presents a deep chestnut color with a fleeting beige head. The aroma is enticingly layered, offering dark fruit notes up front, with a rich sherry character playing a complementary role. Fig, raisin, dried apricot, and black cherry approach the palate in waves. A hint of sweetness paired with a full-bodied mouthfeel is tempered by just a touch of welcomed acidity rounding out each sip. ABV: 15.2% | Hops: CTZ, Centennial Chinook

A generous, yet deft addition of vanilla beans contributes a silky, custard-meets-marshmallow aroma that pops from the glass as soon as the beer is poured. Dried dark fruit and oaky tones follow suit, greeting the palate on top of a plush mouthfeel and moderate carbonation. Slightly warming, with a tart character reminiscent of dark cherries, Threads: Vanilla offers an intricate drinking experience.

Oak-Aging often provides an innate and recognizable nutty quality in a beer, however, this characteristic is significantly amplified in Threads: Almond. Aromas of amaretto and Montmorency cherry shift to dark chocolate covered fig as the beer warms. A kiss of acidity washes away an incredibly rich and full-bodied beer from the palate with ease, leaving one ready once again to lift their glass.

The release of these unique collaborations with some of the most prominent players in today’s rapidly expanding craft beer community is an ode to an often forgotten, traditional British brew that fans of a good Barleywine or a robust Old Ale are sure to enjoy throughout the holidays.

All three variants of Threads are available for purchase, with a limit of two bottles of each per person at Trillium Brewing Company’s Canton, Fort Point and Fenway locations in Boston, MA.

Founded in 2013 by JC and Esther Tetreault, Trillium Brewing Company is rooted in more than just brewing beer. The desire to build the brewery was about creating a way of life and building a community with which to share experiences. With their restaurant and brewery in the Fort Point neighborhood of Boston, alongside taprooms and breweries in Fenway and Canton, MA, Trillium has deepened its roots throughout Greater Boston as it continues to brew boundary-pushing beers that consistently draw national attention.