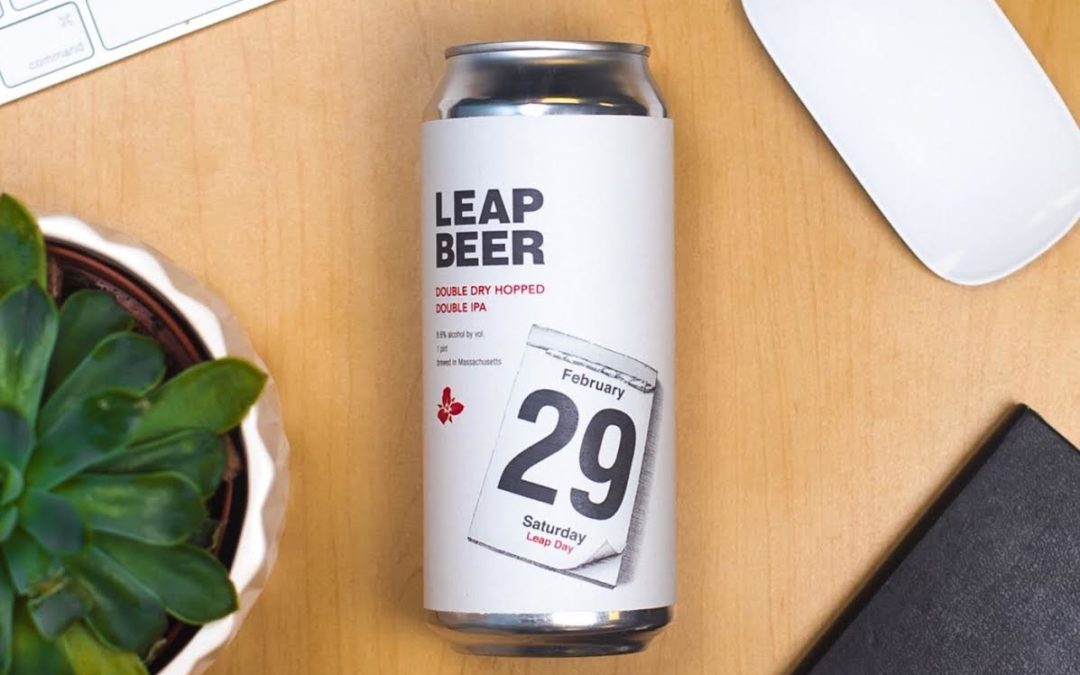 PRESS RELEASE / February 28, 2020 (BOSTON, MA) – There’s a special offering available from Trillium Brewing Company this February weekend that might not show up again for another 4 years. The Boston based brewery’s newly released Double Dry Hopped Double IPA ‘Leap Beer’ is brewed with an amped up amount of Galaxy and Simcoe hops, and clocks in at 8.6% ABV.

Leap Beer is heavily oated, pours a light straw hue with a dense haze, and greets with aromas of mango nectar, pineapple juice and papaya. That saturated tropical character then carries through on the palate alongside a focused bitterness and creamy mouthfeel. A quadrennial double dry hopped tropical treat that you’ll want to enjoy while it’s here, Leap Beer won’t come around very often.

Cans of Leap Beer will be available for purchase tomorrow with a one (1) case limit, at Trillium Brewing Company’s Canton, Fort Point and Fenway locations in Boston, MA.

Founded in 2013 by JC and Esther Tetreault, Trillium Brewing Company is grounded in the concept of a New England farmhouse brewery, using local ingredients whenever possible. With their restaurant and brewery in the Fort Point neighborhood of Boston, alongside taprooms and breweries in Fenway and Canton, MA, Trillium has deepened its roots throughout Greater Boston as it continues to brew hundreds of boundary-pushing beers that consistently draw national attention.