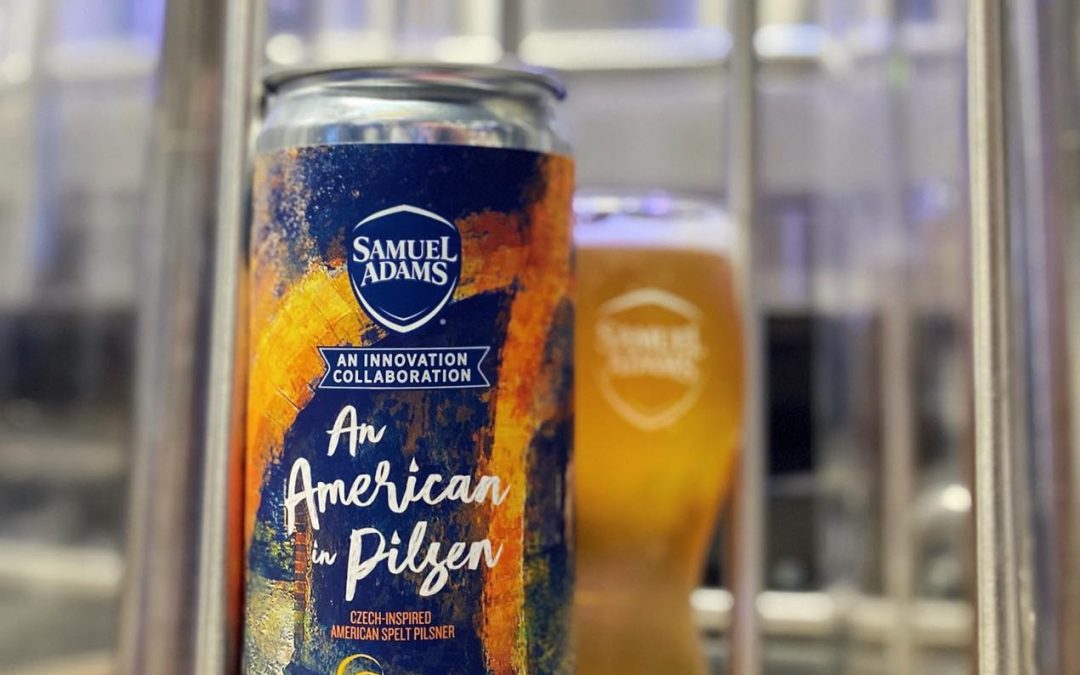 PRESS RELEASE / October 13, 2021 (Boston, MA) – An American In Pilsen is a decocted Czech-inspired American Pilsner brewed with malted spelt, a mixed Czech pilsner yeast culture and dry hopped with Czech and American hops. This Sam Adams Boston Taproom exclusive was brewed in collaboration with our friends at Cambridge Brewing Company in Cambridge, MA as the final Innovation Collaboration of 2021. This brew is a tribute to Sam Adams Boston taproom head brewer Megan Parisi’s local craft beer roots and the foundation of mentorship, friendship and collegial support in the community alongside CBC’s own Will Meyers. Today’s release day, 10/13/21, is Megan and Will’s shared birthday! American In Pilsen is 5% ABV and available on draft and in special crowlers to-go at the Sam Adams Boston Taproom. 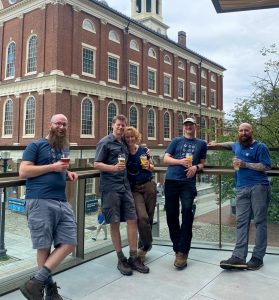 The Sam Adams Boston Taproom opened its doors on January 30, 2020 at 60 State Street steps away from the iconic Samuel Adams statue. The taproom is 15,000 square feet consisting of 3 floors including our rooftop outdoor deck and our lower level featuring beer hall style tables perfect for larger groups. Access to MBTA Blue and Orange lines at State Street station and the Green line at Government Center station. Find us steps away from the Freedom Trail closest to Congress Street.

One of the things for which CBC is best known is our creativity in pushing the boundaries of brewing. We have created new expressions in beer by incorporating the influences of many fermentation traditions. From one extreme of bourbon barrel-aged imperial stout to another of creating the first true solera system in the US for beer, we are blessed to have the creative freedom to pursue sometimes strange or counterintuitive ideas and see them come to tasty fruition.