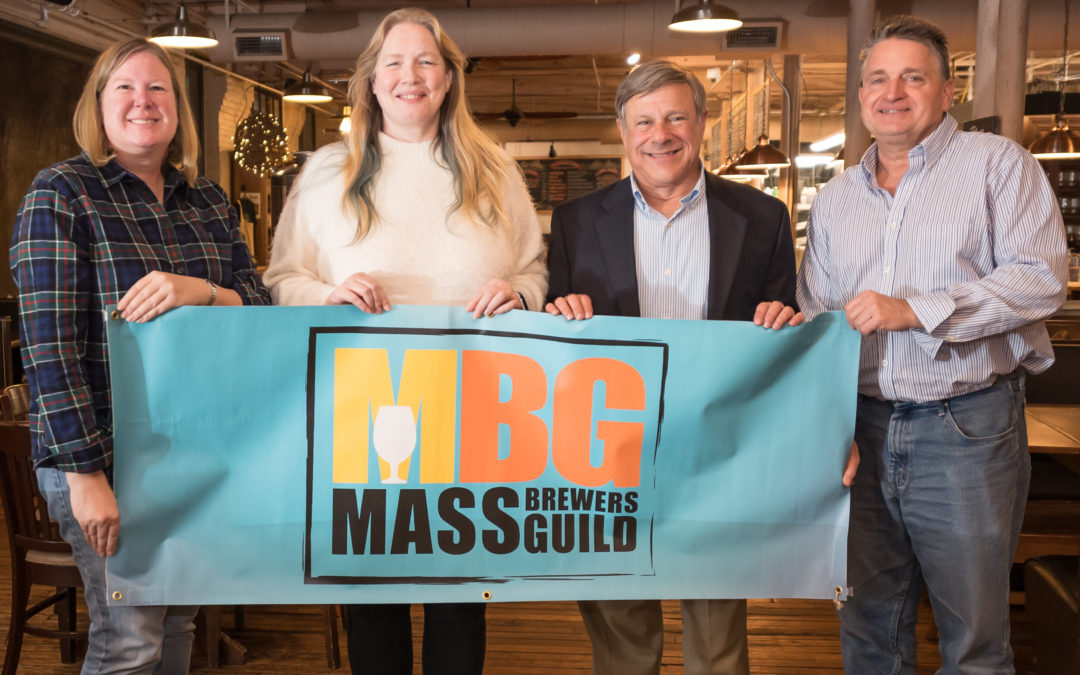 PRESS RELEASE / November 19, 2019 (Worcester, MA) – The table was set for fifteen as brewers and craft beer fans came together to break bread during an eight course beer pairing dinner at BirchTree Bread Co., in Worcester on Monday. 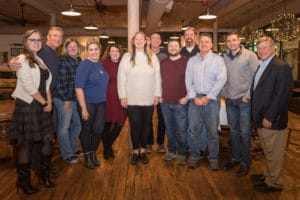 The event was hosted by the Mass Brewers Guild, the craft beer industry’s trade association, to celebrate fans who achieved Beer Trail Conqueror status by visiting 100 breweries in one year using the nonprofit’s passport program. The mobile app, “Mass Craft Beer,” celebrated its second anniversary this past September and currently has 14,200 users and downloads.

Twenty nine craft beer super fans conquered the trail this year, and names were chosen at random to win a seat at the table. 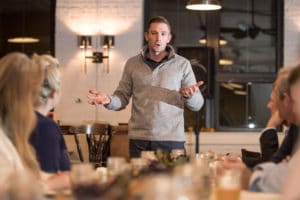 “This is our Thanksgiving,” said Keith Sullivan, MBG Vice President and co-founder of Medusa Brewing Co. “To share a meal with the people who support our industry and share our passion for what we do every day is very special.” 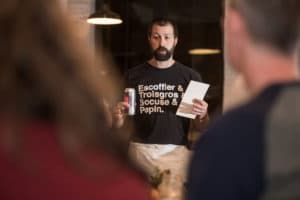 The menu was carefully crafted and curated by Chef Rob Fecteau and his team who took the diners on a culinary adventure.  The first course was duck liver mousse with spiced pumpkin and prune cake, followed by a crudo of sea bass and sesame tahini, smoked eel nigiri, crispy chicken with orange and passion fruit glaze and a venison duo with citrus zest and blue cheese. To close out the meal the chef brought out a refreshing cranberry granita followed by a decadent brown sugar molasses cake. 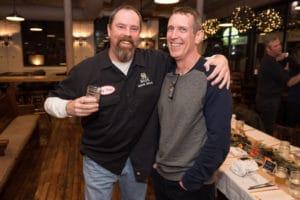 Bob and Rob of The Mass. Brew Bros.

“It’s a really cool thing that the Mass Brewers Guild puts on this dinner and gives us the chance to meet the people behind our favorite breweries,” said Lisa Hodge, a two-time Beer Trail Conqueror and dinner winner. “We would visit all the breweries anyway, but this just makes it that much more fun to take on the challenge.”

The Mass Brewers Guild’s free app, “Mass Craft Beer” is available in iTunes and Google Play stores and is made possible thanks to the generous support of the Mass. Brew Bros. who assist with data collection and Fat Basset Design for their designs and artwork. Funds raised through the Mass Brewers Guild’s festivals, help to cover development updates, maintenance costs and the incentive program. 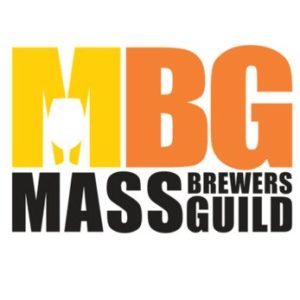 About the Mass Brewers Guild
Founded in 2007 by a group of committed and passionate brewers, the Mass Brewers Guild, is organized for the purposes of promoting craft brewing and protecting the interests of craft brewers across the Commonwealth. The association is membership based and open to all Massachusetts breweries licensed by the federal Tax and Trade Bureau and the Commonwealth’s Alcoholic Beverages Control Commission. The nonprofit creates a community of brewers while shining light on the broad range of breweries and styles offered throughout state. Through industry and educational events, its mobile application beer trail map, and by providing resources and marketing support to brewers, the nonprofit works to highlight Massachusetts as a top travel destination for craft beer in the U.S. The board also continues its work at the legislative level, fighting for license and franchise law reform, and serving as the voice of craft brewers on Beacon Hill. The Massachusetts Brewers Guild is a 501(c)6 not-for-profit corporation.