The Boston Beer Company and Dogfish Head Brewery to Merge, Creating the Most Dynamic American-Owned Platform for Craft Beer and Beyond 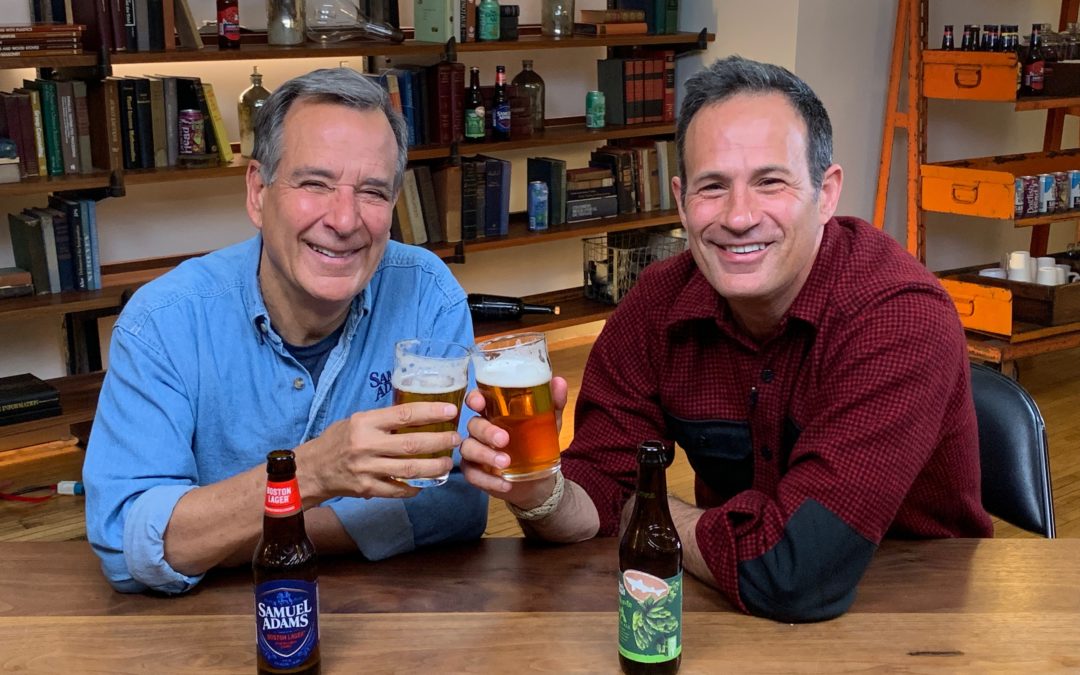 Together, Boston Beer and Dogfish Head will create a powerful American-owned platform for craft beer and beyond.  The new entity will possess more than half a century of Craft brewing expertise, a balanced portfolio of leading beer and “beyond beer” brands at high end price points, and industry leadership in innovation and quality. Following the transaction, the combined company will have a leading position in the high end of the U.S. beer market, bringing together Boston Beer’s craft beer portfolio and top-ranked sales team[i] with Dogfish Head’s award-winning portfolio of IPA and session sour brands.

The combined company will maintain its status as an independent Craft brewery, as defined by the Brewers Association. It will be better positioned to compete against the global beer conglomerates within the craft beer category that are 50- and 100-times its size, while still representing less than 2% of beer sold in the United States.

Most importantly, this combination brings together two of the leading founder-brewers in the United States, Jim Koch of Boston Beer and Sam Calagione of Dogfish Head, both of whom will continue to lead brewing innovation for the newly-combined company. Sam and Mariah Calagione, Dogfish Head’s two co-founders, have elected to take substantially all of their merger consideration in the form of SAM stock and will collectively become the largest non-institutional shareholders after Jim Koch following the close of the transaction. Sam Calagione will join Boston Beer’s board of directors and Dogfish Head’s band of off-centered co-workers will join the Boston Beer team and continue to be heavily involved in beer and “beyond-beer” projects, as the companies expand opportunities for future innovation.

“We believe we are creating the most dynamic and diverse American-owned platform for craft beer and beyond,” said Jim Koch, founder and Chairman of The Boston Beer Company. “Dogfish Head has a proud history as a craft beer pioneer with a brand that is beloved by American consumers and highly respected by the industry. Sam and I have stood shoulder to shoulder in some of the defining efforts in Craft brewing including the creation of the Brewers Association, the craft beer definition, the craft brewer seal and the creation of the SAVOR food and beer event. This combination is the right fit as both Boston Beer and Dogfish Head have a passion for brewing and innovation, we share the same values and we will learn a lot from each other as we continue to invest in the high-end beer category.  I am very happy that Sam will join the Board of Directors at Boston Beer.  He is a tremendous friend, innovator and brewer, and I could not be more excited to work together with him for many years to come.”

“Not only are Dogfish Head and Boston Beer two original American breweries, but Jim Koch and I worked hard with other leading craft brewery founders and the Brewers Association to develop and champion what defines independent American brewers,” said Sam Calagione, founder and brewer of Dogfish Head. “This merger better positions Dogfish Head and our co-workers to continue growing within this definition for many years to come.  In fact, Mariah and I believe so much in the future of our merged companies that we are all in, and personally we’re reinvesting nearly all of the proceeds back into the combined entity. We’re also proud to announce that we intend to devote a percentage of the Boston Beer stock that we receive to establishing a foundation and funding various local charitable programs.”

The combined company will be led by Boston Beer CEO, Dave Burwick. “This is a formidable combination of brands, incredible brewing talent, and leaders who remain 100 percent focused and committed to the long-term health of our breweries and growing the beer industry. United, we will have the highest quality, most distinct, high-end portfolio, from both a price-point and product perspective with the top-ranked sales organization to bring it to market.  We expect that we’ll see more consolidation in the Craft industry over time, and we’ll be in the best position to take advantage of those changes.”

Boston Beer is recognized for helping launch the craft beer industry after opening its doors and brewing the first batch of Samuel Adams Boston Lager in 1984.  From the launch of craft brewing to 2019 Sam Adams continues to be the most award-winning craft brewer in the world. In addition to its iconic Sam Adams beer, the company now offers nationally other leading brands such as Angry Orchard hard cider, Truly Hard Seltzer and Twisted Tea.  Founded 23 years ago, Delaware-based Dogfish Head’s family of beers includes the continually-hopped 60, 90, and 120 Minute IPAs, and robust sour beer program led by SeaQuench Ale. Dogfish Head is recognized as an early leader in bringing culinary innovations to the U.S. craft beer scene, and Sam Calagione was named ‘Outstanding Wine, Spirits, or Beer Professional’ by the prestigious James Beard Foundation. Following the opening of their brewery and tasting room, Dogfish Head also established one of the first Craft distilleries in America, Dogfish Head Brewings & Eats brew pub, Chesapeake & Maine restaurant, and the Dogfish Head Inn. The newly combined company will maintain a significant presence in Delaware.

The transaction is expected to close late in the second quarter of 2019, subject to customary closing conditions.  Sam Calagione and his family will receive approximately 406,000 shares of Boston Beer stock based on a share price of $314.60.  Dogfish Head shareholders will also receive $173 million in cash, most all of which is for the benefit of Dogfish Head’s financial investors, with the exception of certain transaction-related expenses.

Boston Beer expects that its current cash on hand and available line of credit will be more than sufficient to fund the cash component of the transaction. It is expected that Sam Calagione will join Boston Beer’s Board of Directors beginning in 2020. A copy of the definitive transaction agreements will be filed with the Securities and Exchange Commission (SEC).

Dogfish Head is on pace to sell nearly 300 thousand barrels for the full year 2019, which would represent high single digit growth versus the prior full year. Net sales for the full year 2019 are expected to be between $110 and $120 million. Dogfish Head employs approximately 400 employees, produces most of its beer at its brewery in Milton, DE, and sells its beer in more than 40 states.  Boston Beer plans to consolidate Dogfish Head results into Boston Beer’s financial results beginning late in the second quarter of 2019 and Boston Beer currently estimates that the transaction will be neutral to slightly accretive in 2019 and will not have a material impact on full-year 2019 earnings per diluted share.

Nixon Peabody served as legal counsel to Boston Beer in this transaction. Dogfish Head was advised by McDermott Will & Emery LLP, and Arlington Capital Advisors. 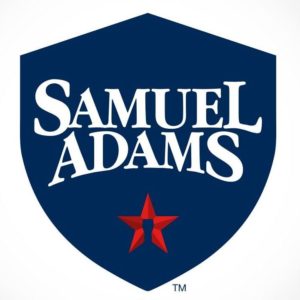 About the Boston Beer Company

The Boston Beer Company, Inc. (NYSE: SAM) began in 1984 when Founder and Brewer Jim Koch used a generations-old family recipe to brew beer in his kitchen. Inspired and unafraid to challenge conventional thinking about beer, Jim brought the recipe to life with hopes drinkers would appreciate the complex, full-flavor and started sampling the beer in Boston.  He named the flagship brew Samuel Adams Boston Lager in recognition of one of our nation’s founding fathers, a revolutionary man of independent and pioneering spirit.  Today, Samuel Adams is the world’s most award-winning Craft brewery and remains focused on crafting the highest quality beers through innovation and experimentation in the relentless pursuit of better. Our portfolio of brands also includes Angry Orchard Hard Cider, Twisted Tea, Truly Hard Seltzer, Marathon Brewing Company, Wild Leaf Hard Tea and Tura Alcoholic Kombucha as well as several other craft beer brands brewed by A&S Brewing, our craft beer incubator.  For more information, please visit our investor relations website at www.bostonbeer.com, which includes links to all of our respective brand websites. 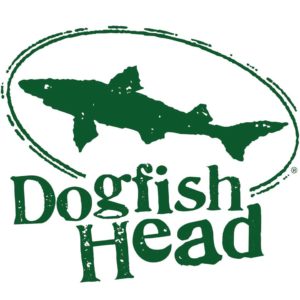 Dogfish Head has proudly been focused on brewing beers with culinary ingredients outside the Reinheitsgebot since the day it opened as the smallest American craft brewery 23 years ago. Dogfish Head has grown into a top-20 craft brewery and has won numerous awards throughout the years including Wine Enthusiast’s 2015 Brewery of the Year and the James Beard Foundation Award for 2017 Outstanding Wine, Spirits, or Beer Professional. It is a 400 coworker company based in Delaware with Dogfish Head Brewings & Eats, an off-centered brewpub and distillery, Chesapeake & Maine, a geographically enamored seafood restaurant, Dogfish Inn, a beer-themed inn on the harbor and Dogfish Head Craft Brewery, a production brewery and distillery featuring, The Tasting Room & Kitchen. Dogfish Head supports the Independent Craft Brewing Seal, the definitive icon for American craft breweries to identify themselves to be independently-owned and carries the torch of transparency, brewing innovation and the freedom of choice originally forged by brewing community pioneers.  Dogfish Head currently sells beer in over 40 states and Washington D.C. For more information, visit www.dogfish.com.