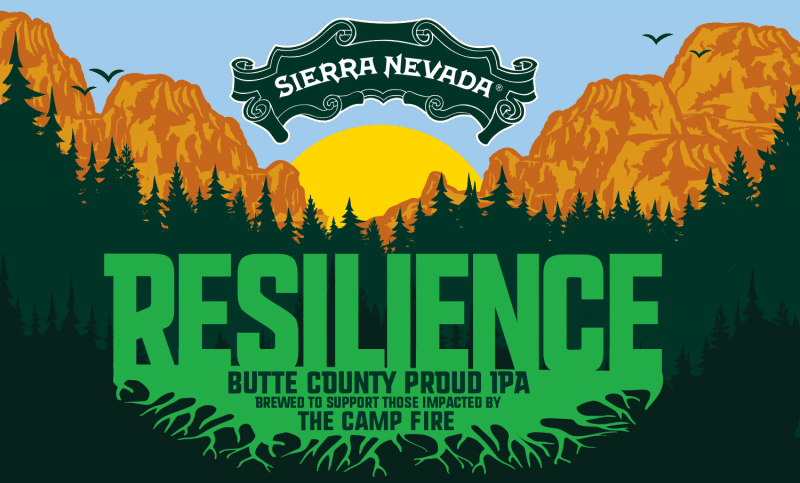 In the coming weeks hundreds of breweries around the country, including 67 right here in New England, will be pouring a special beer brewed in collaboration with craft pioneer Sierra Nevada to show support and raise money for victims of the devastating California wildfire that recently made headlines.

From the Sierra Nevada website: “In the days following the fire, we announced plans to brew Resilience Butte County Proud IPA, a fundraiser beer for Camp Fire relief. We committed to brewing the beer and donating 100% of the sales to the Sierra Nevada Camp Fire Relief Fund, aimed at long-term community rebuilding support. And we asked every brewery in the country to do it with us.”

“More than 1,400 breweries signed up to brew Resilience. Our suppliers donated ingredients to every brewery nationwide. Wholesalers and retailers agreed to carry the beer and donate every dollar they received. All of them agreed to do this for free to benefit people they had never met. In all, Resilience Butte County Proud IPA should start hitting the market in mid to late December. Every dollar Sierra Nevada receives will go to those impacted by the Camp Fire.”

Here’s a list of the 67 New England breweries participating, broken down by state:

* Breweries appearing in bold have already brewed the beer and are planning to release it at their taprooms this weekend or soon thereafter. For specific release dates, check each brewery’s website or social media page.