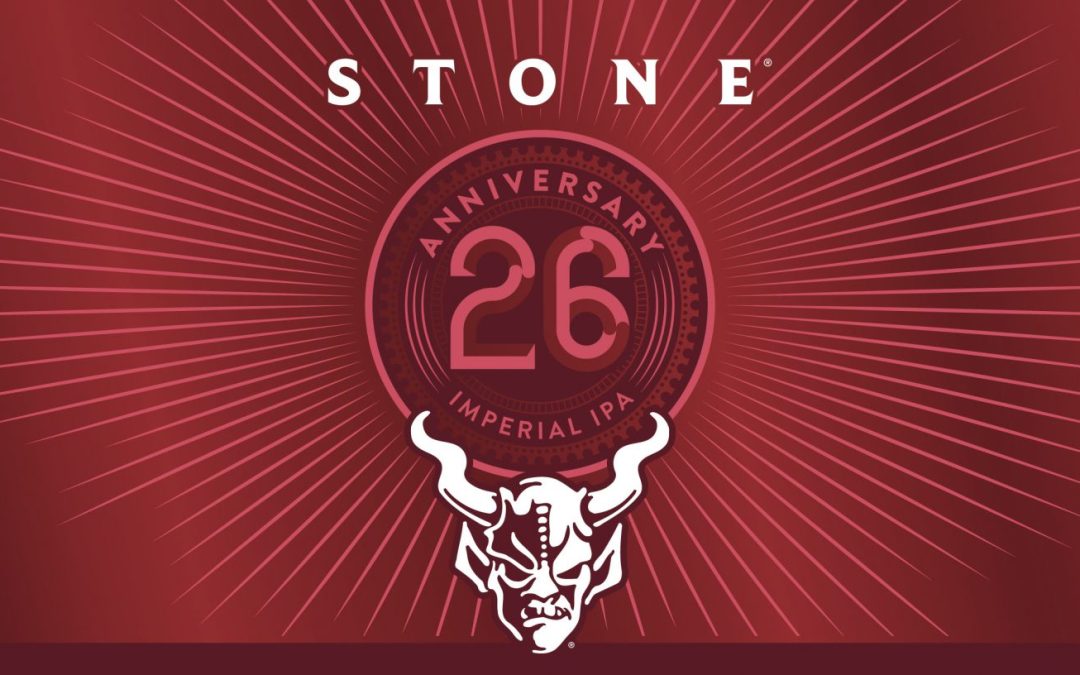 25 years ago, Stone celebrated the first anniversary of the fledgling brewery with a beer that was a far cry from the craft beer norms of the time. It was far too intense. It was far too hoppy and bitter. Yet it became the shot heard ‘round the world, and beer history was changed forever. This year, to celebrate the beer that (eventually) launched generations of hop fanatics, the brewery presents an imperial version that made Stone’s name among the budding craft beer legions. Stone IPA is still Stone’s best-selling beer.

“One of our favorite releases every year is in the summer when we celebrate our anniversary,” shared Jeremy Moynier, Stone Brewing Sr. Manager of Brewing. This supped-up version of Stone IPA and its massive amounts of Centennial hops is the perfect way to honor this trailblazing West Coast Style IPA and Stone’s 26 years.”

Stone will celebrate its 26th anniversary with celebrations across all its locations the weekend of August 26 – 28, 2022.