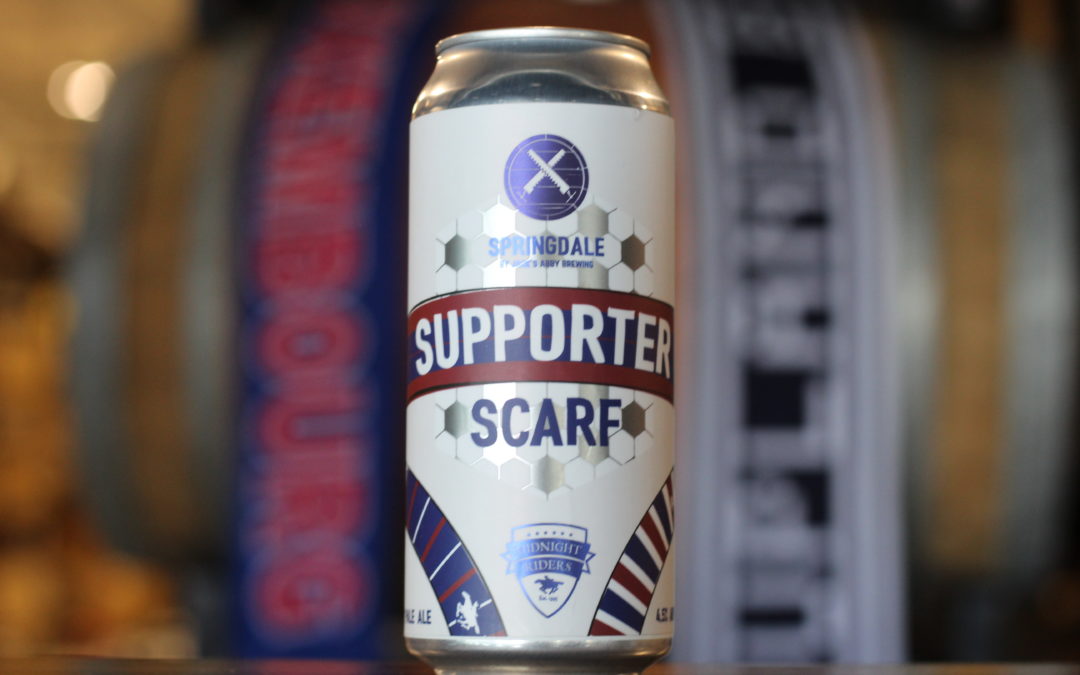 PRESS RELEASE / June 14, 2018 (Framingham, MA) – Soccer is the first and only sport I ever played. It’s too bad I was terrible at it, and, in my young age, mostly indifferent to the important lessons it offered me.

Watching the Women’s World Cup in 2011 reignited my love for the sport and brought a sharp realization that concepts so important to my professional life had been laid out for me on the pitch many years ago: Passion. Belonging. Courage. Effort. Collectiveness. Skill. Creativity. These are the traits I’ve grown to appreciate in teams and seek out in their supporters.

Our collaboration with The Midnight Riders is called “Supporter Scarf.” This dry-hopped pale ale is a celebration of the passion and tenacity the Riders show their team on and off the pitch. It’s bursting with bright, immediate hop flavor while remaining sessionable. Supporter Scarf is also a positive force for supporting inclusion and belonging and a percentage of its proceeds will benefit Soccer Without Borders Boston. SWB uses the language of soccer to provide educational and growth opportunities for newcomer refugee, asylee and immigrant children living in East Boston and surrounding cities.

Over the next month, we’ll be throwing World Cup watch parties and beer release parties for “Supporter Scarf” alongside Soccer Without Borders and The Midnight Riders. There’ll be songs, beer, scarves and spirit as we collectively root for Iceland to upset Germany on their way to their first World Cup. You’ll also be able to meet folks from SWB to learn more about their mission and what volunteer opportunities are available to help support them. Our first party will be June 23rd at 2pm for Germany/Sweden in the Jack’s Abby Beer Hall and Kitchen. 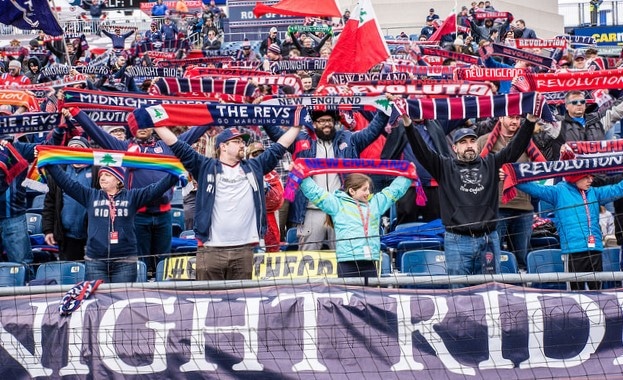 Springdale by Jack’s Abby was founded in 2016 as the experimental and barrel-aging arm of Jack’s Abby Brewing. With curiosity, creativity and the support of our talented production team, we’ve spent our first year crafting dozens of wild and barrel-fermented beers, as well as a line of traditionally fermented ales.

Ales, IPAs and barrel-aged beers make up the core of Springdale’s portfolio. Pearly, our country-style can-conditioned witbier is light, lively and expressive, while our breakfast stout Brigadeiro is packed with luscious flavors of coffee and chocolate. We also can our IPAs and suggest drinking them fresh; they’re packed with huge, expressive hop flavors from American and Australian hops. Our barrel-aged series, on the other hand, can be cellared indefinitely. This includes unfruited wild ales and beers fermented on a wide variety of fruit, including apricots (Apriculture) cherries (Kriek Mythology) and raspberries (Poive Raz).