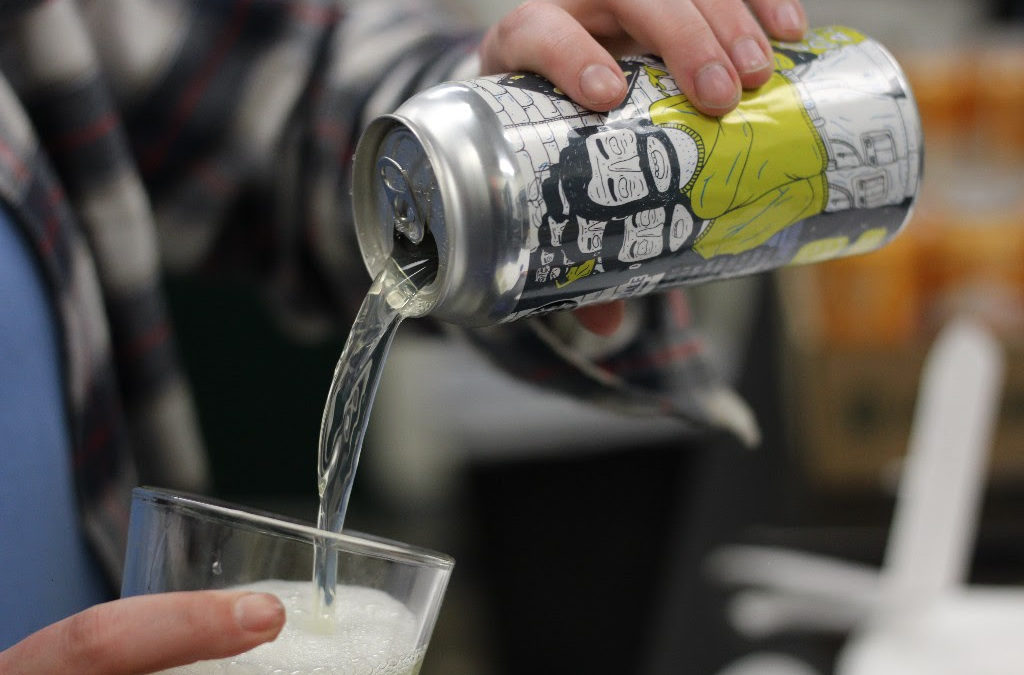 PRESS RELEASE / May 9, 2018 (Framingham, MA) – Yes, our mad scientists have combined forces with Against the Grain brewery in Louisville, Kentucky to answer the question the most elemental question of our time: “What if Crystal Pepsi was a New England IPA?”

This clear IPA features “any” hops, “any” grain and all the love and hugs. 6.5% It is also, of course, a cheeky and irreverent commentary on our subculture’s social media driven obsession with beer appearance. Do androids dream of electric haze, or will clearer heads prevail?

Any IPA is available in MA and NY this week. Against the Grain’s brew comes out shortly and will be available everywhere else they distribute.

Springdale by Jack’s Abby was founded in 2016 as the experimental and barrel-aging arm of Jack’s Abby Brewing. With curiosity, creativity and the support of our talented production team, we’ve spent our first year crafting dozens of wild and barrel-fermented beers, as well as a line of traditionally fermented ales.

Ales, IPAs and barrel-aged beers make up the core of Springdale’s portfolio. Pearly, our country-style can-conditioned witbier is light, lively and expressive, while our breakfast stout Brigadeiro is packed with luscious flavors of coffee and chocolate. We also can our IPAs and suggest drinking them fresh; they’re packed with huge, expressive hop flavors from American and Australian hops. Our barrel-aged series, on the other hand, can be cellared indefinitely. This includes unfruited wild ales and beers fermented on a wide variety of fruit, including apricots (Apriculture) cherries (Kriek Mythology) and raspberries (Poive Raz).

About Against The Grain Brewery

Against The Grain Brewery & Smokehouse is located in the southeast corner of Louisville Slugger Field at the corner of Jackson and Main Street. It is a former train station that features beautifully ornate industrial architecture, lending to the beauty of the dining room and brewhouse. Inside you will find one of the nations only operational, Victorian styled and 3 story ‘showpiece’ brewhouses. The copper clad 15 barrel brewhouse is complimented by eclectic pieces of art produced by Louisvillian artists.

Hopster’s knew hops were cool before they were cool! At Against The Grain we will always have an offering that puts hop flavor in the forefront. If you love citrusy, floral, fruity, herbal, piney, ‘resiny’, and some bitterness, this is the beer for you! We brew variations of beers that accentuate the distinct flavors that make hopheads go crazy. From the classic, subtle hop flavors in pale ale to, in your face, enamel peeling, double IPA’s, we do them all! Once a hopster…always a hopster.