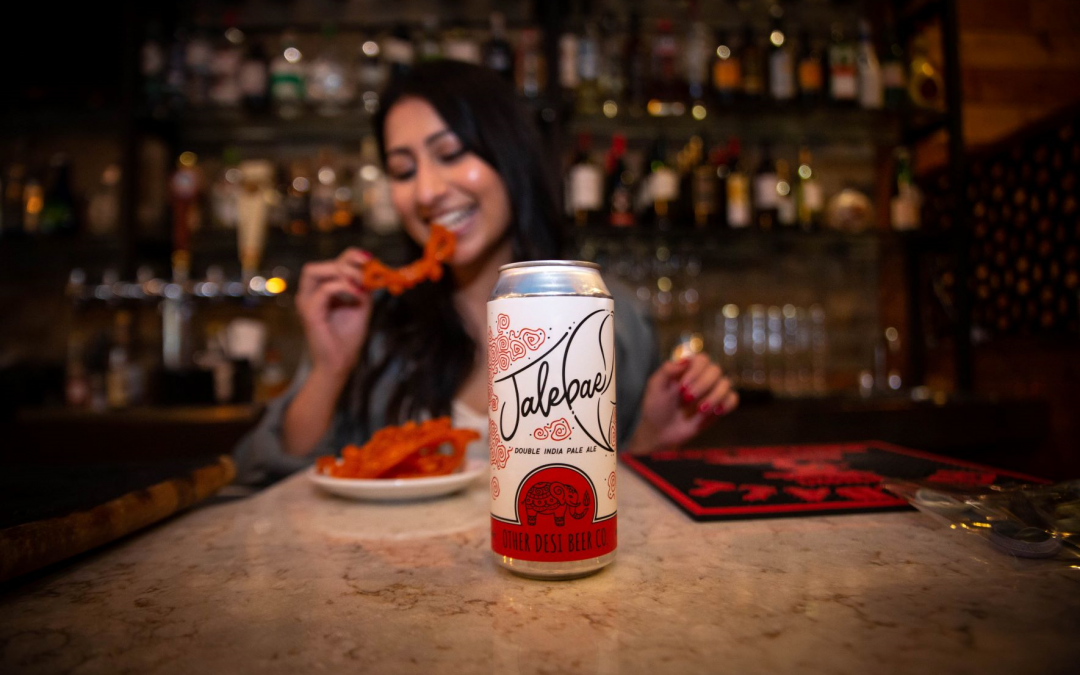 PRESS RELEASE / April 6, 2021, (Wallingford, CT) – Relaunching for the post-pandemic era with a refreshed brand image and a renewed commitment to diversity and local philanthropy, Other Desi Beer Co. (ODB Co.) brings one of New England’s only South Asian-owned brewery products to bars, restaurants and liquor stores across Connecticut. As one of approximately ten or fewer South Asian brewery owners in the United States, 1st generation Indian-American Ravi Patel uses names and ingredients inspired by his ancestral homeland to teach craft beer drinkers about his culture.

“There’s a stigma out there that Indian-Americans only own hotels, liquor stores or gas stations, or that they are doctors or lawyers,” Patel says. “I’m trying to change that perception and to inspire the next generation of Indian-Americans to follow whatever profession they desire.”

Patel named his brewery “Other Desi” to lightheartedly play off both the meaning of “Desi” as a person or product of the Indian subcontinent and the fact that growing up in Wallingford, CT, Patel quickly learned most of his white peers mistook him for an indigenous American when he told them he was Indian. His logo, an elephant, iconographically represents India’s most sacred symbol for peace, mental strength and power.

ODB Co.’s vividly colored and graphically elaborate beer can labels, drawn by local artist Jessica Battista, each provide the pronunciation and definition of the name of the liquid inside. For instance, Dishoom (dee-shoom) IPA spells out the “punch” sound effect in old Bollywood movies and Jalabae (jah-lee-bay) Double IPA is an Indian sweet snack for one’s “babe.” Specialty beers like High Chai Stout contain natural chai flavoring and Parle-G biscuits, treats Patel has enjoyed throughout his life, and 3 Ranis pink guava hibiscus sour pays tribute to his mother and two aunts by calling them the Hindi name for “queen.”

Patel donated a portion of proceeds from his one-time brew of 3 Ranis to breast cancer research and allocates five percent of his overall profits to a different charity every year. In 2021, he’s designating the Connecticut Restaurant Association as his beneficiary in order to contribute immediate funds to hospitality workers suffering hardships from COVID-19.

Patel grew up working in his family’s liquor store business before becoming a homebrewer and opening Other Desi in 2018. He contract brews his recipes at Thimble Island Brewing in Branford, CT. For more information, visit otherdesibeer.com and follow the brewery at @otherdesibeerco on Instagram and Facebook.

About Other Desi Beer Company

I wanted to find a way to share my culture and experience with other people and I wanted to find a way to give back to my community. Our beer recipes and names are based on the flavors of the foods I grew up eating as a child, and are reflective of my Indian heritage. To support my passion of giving back to my community, every year we donate 5% of our profits to a different charity.