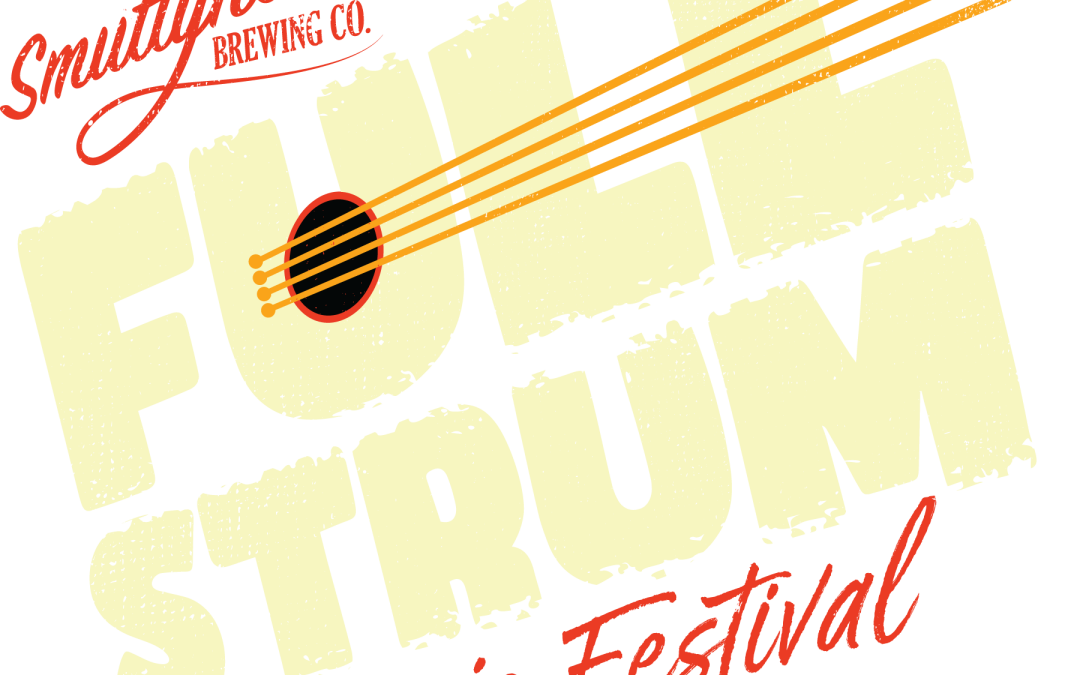 Coming to Seacoast NH Next Month 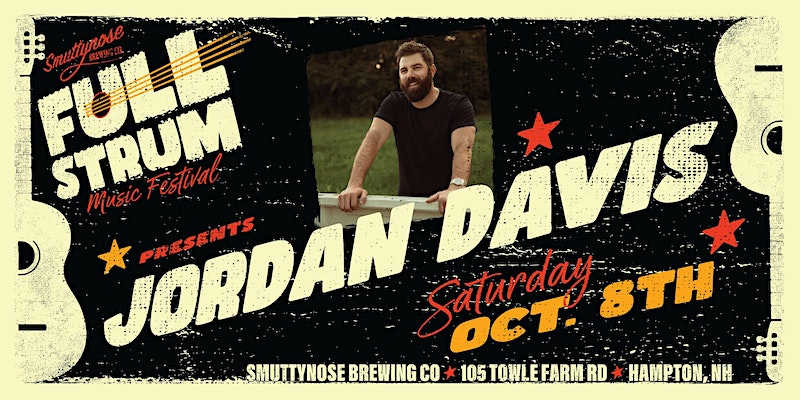 Current Billboard Award nominee Jordan Davis first broke through with his 2018Gold-certified debut album, Home State and three consecutive No. 1s-including the Platinum-Certified hits “Slow Dance In A Parking Lot,” “Take It From Me,” and the Double Platinum-Certified “Singles You Up.” Named Billboard’s Top New Country Artist of 2018 and Best New Country Artist at the iHeart Radio Music Awards, Davis continued to earn accolades and has garnered more than 2 billion streams and counting. Most recently, Davis wrote and released his 8 song EP Buy Dirt, whose title track became one of the Top streamed country songs of all time and earned the singer/songwriter 4 ACM nominations, including Song of the Year, as well as a CMA nomination for Musical Event of the Year. Currently touring the countryon the Buy Dirt tour, Davis was just announced as direct support for Luke Combs’ upcoming tour. 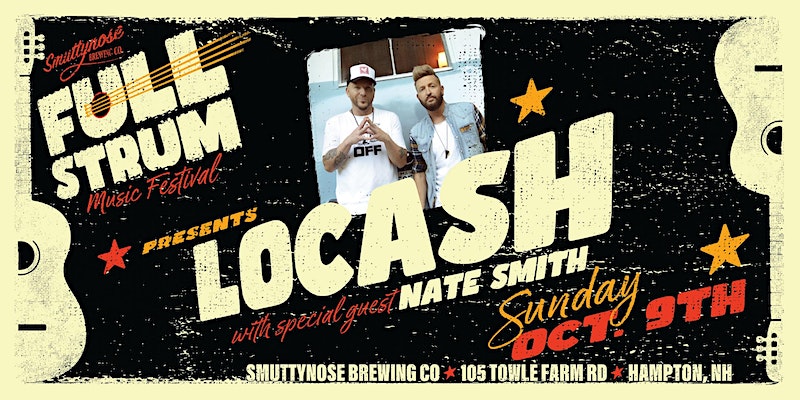 Country music’s rowdy outliers, LOCASH, revere small-town values while giving a muscular voice to people who are passionate about working hard and playing harder. Preston Brust and Chris Lucas have earned three GOLD career hits, two #1s, two acclaimed albums, and nearly 500 MILLION global streams since 2015. The pair have also received multiple major award nominations, but when you build a fanbase on the outskirts, it’s no surprise that their first trophy came from the fans. In 2020, the duo won a Waffle House Tunie Award for Breakout Band of the Year, based on jukebox play at the short-order chain where the discerning after-closing crowd knows what rocks. Showcasing another side of the duo’s well-known wry humor and raucous leanings are the vibey “Sippin Sunsets” and “Chillionaire,” which boasts about a cooler full of “I don’t care.” Boisterous and unrestrained performers, Brust and Lucas have attracted the attention of iconic national brands including the first Pepsi Tailgate Tour, a multi city stadium tour of key college and NFL matchups, plus MTN Dew’s newly launched Woods Or Water Getaway campaign. On the horizon is a to-be-announced project with the Outdoor Channel.

Reaching fans where they live and play matters, but Brust and Lucas are also family men with full lives and growing families offstage.

They met as DJs but forged a bond comparing musical notes and working on harmonies between sets. That kinetic creative exchange resulted in an undeniable stompy, rough-hewn sound of gritty soul swathed with gospel harmony.

As successful songwriters, they have penned hits for other artists including Keith Urban’s #1 “You Gonna Fly” and Tim McGraw’s Top 10 “Truck Yeah.” And they have had their own high charting GOLD-selling singles including “I Love This Life” and #1 “I Know Somebody,” plus recent Wheelhouse releases “Feels Like a Party,” which was co-written and produced by Corey Crowder and Tyler Hubbard, and the #1 “One Big Country Song.”

Their success has caught the attention of Country music tastemakers with Duo of the Year nominations from the ACM, CMA, and CMT. But those industry nods are a derivative of their genuine connection with their fans. Brust and Lucas are attuned to what makes people passionate: working hard, loving life, and living honestly.

Smuttynose CEO, Steve Kierstead, is excited to bring such a unique event to Smuttynose and the NH Seacoast Community. “We’re fortunate to have such a beautiful campus that has become a destination point for both locals and tourists looking to enjoy a nice day outside with good food, great beer, and live entertainment. We’ve seen a tremendous growth in traffic from the enhancements to our patio with local artists playing each week and recent large scale events held in our outdoor field. The Full Strum Music Festival is the perfect opportunity to elevate this experience and offer the seacoast community access to popular artists with live performances in an expansive open-air venue unlike anything nearby.” If all goes well in the first year, the company plans to expand the concert series into future years with more frequent festivals and various genres of artists.

Tickets to the event can be purchased on Eventbrite starting September 6th and continuing through the week of the show. Prices start at $65 for general admission plus processing fee and includes parking in close proximity to the venue with shuttle service. VIP tickets, which include a private bar, pre-event entertainment, private entrance and restaurant dining with select menu can be purchased for $85 plus processing fee. The concert will take place outside on the four acre field adjacent to the brewery, rain or shine, and the campus will be closed to the public on event weekend so only ticket holders will be able to access the venue.

Tickets can be purchased exclusively online via Eventbrite and through the Smuttynose Brewing
website at www.smuttynose.com/fullstrum

Both artists will be the first ever to perform in a festival at Smuttynose Brewing. The Full Strum Music Festival joins an impressive line-up of events all year long on the brewery campus and across the state. For more information, visit www.smuttynose.com.

Smuttynose Brewing Co. is a leading independent craft brewery founded in 1994 and situated on a historic 14-acre farm in Hampton, NH. The Smuttynose campus features a state-of-the-art brewery, tasting bar and retail store, beer garden, event field, and pub style restaurant with one of the Seacoast’s best outdoor patios. For over two decades the mission at Smuttynose has always been to brew the best beer with the highest quality ingredients to happily share with family and friends!