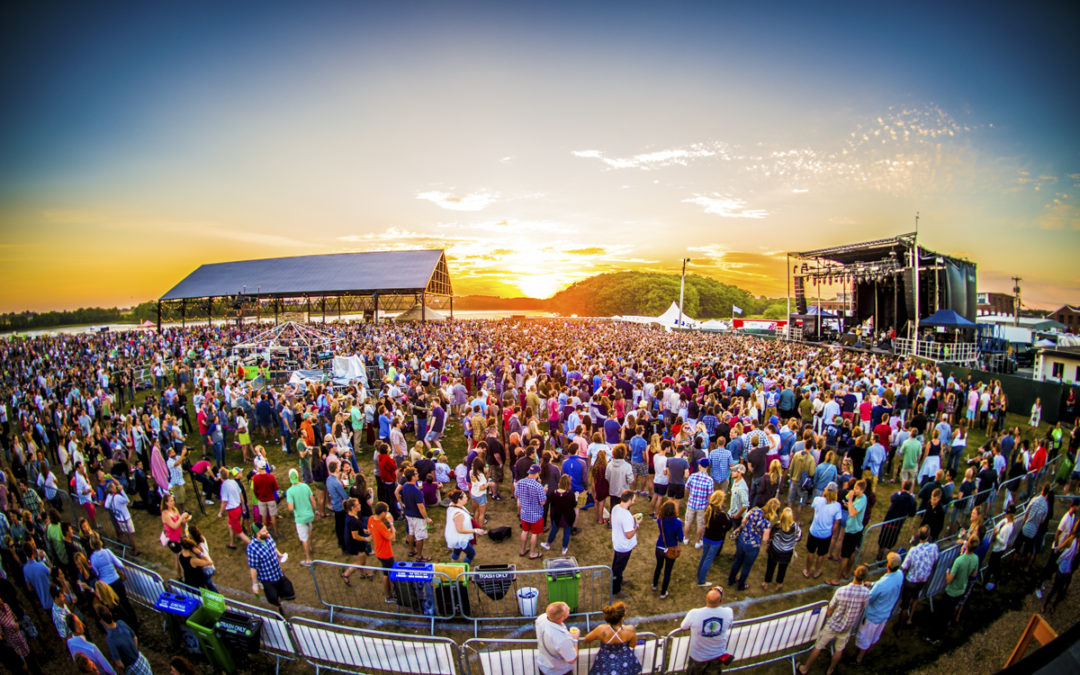 Local Partner, The Bicycle Coalition of Maine, Will Provide On-Site Valet Starting with Guster on August 10

Local partner, The Bicycle Coalition of Maine, will operate the bike valet, parking and returning bikes when guests arrive and leave the venue. The service is free of charge to all attendees.

“The Portland Trails system comprises 70 miles of trails, and on summer nights all trails in Portland lead to Thompson’s Point. We know Portland’s active and vibrant community will rise to the challenge and bike to the summer shows,” said Sierra Nevada’s spokesperson Robin Gregory.  “The bike valet program fits perfectly with our ethos of encouraging sustainability, supporting the nation’s trails, and loving the outdoors.”

Related: How to be An Eco Friendly Craft Beer Drinker – Part 2: Drink Local

In addition to the valet and encouraging attendees to bike to the event, Thompson’s Point and the State Theatre will extend the reach of their sustainability efforts by donating a portion of beer sales during the concert series to the Portland Trails organization. Since 2016, the partnership has donated $53,331. The 2019 summer concert goal is to raise an additional $15,000.

“Maintaining the vibrancy of area trails, which are very popular for visitors to Thompson’s Point and throughout the region, makes this an exciting opportunity for the State Theatre, Sierra Nevada, Portland Trails and Thompson’s Point. We couldn’t be happier about this partnership and the long-term benefit of this combined effort,” said Lauren Wayne, GM of the State Theatre.

“We are excited to provide this tremendous service to guests free of charge and are thrilled to have the support of both Thompson’s Point and Sierra Nevada Brewing Co in efforts to make bicycle travel more viable,” said John Williams, executive director of the Bicycle Coalition of Maine.

The remaining Thompson’s Point Summer Concerts include the following shows:

This project is a part of Sierra Nevada’s Pale Ale for Trails initiative. The program protects and repairs trails and rivers by funding organizations dedicated to conservation efforts and through national clean-ups and trail restoration projects. Pale Ale for Trails falls under the umbrella of the company’s newly developed Corporate and Social Responsibility division, helmed by Ken’s daughter, Sierra Grossman. As funding for trail maintenance has fallen, foot traffic has risen—a divergence that threatens the future of our gateways to the outdoors. Alongside partner organizations and adventurers nationwide, Sierra Nevada is committed to hands-on restoration and upkeep and will champion the link between wilderness and well-being.

To learn more and join the action, visit www.sierranevada.com/pale-ale-for-trails.

About the State Theatre. The State Theatre Summer Concert Series is a partnership between the State Theatre, the most active promoter in southern Maine, and Thompson’s Point.  The State Theatre team operates three venues and produces and promotes over 250 concerts a year in Portland and throughout Maine. Since its grand reopening in October 2010, the historic State Theatre has hosted the finest in national talent from hot buzz bands to musical icons including Bon Iver, The Decemberists, Elvis Costello, My Morning Jacket, David Byrne. Gillian Welch, the Avett Brothers, Lord Huron, St. Vincent and more. In May 2013, the State Theatre announced its acquisition of Port City Music Hall, a 529-capacity, beautifully appointed and spacious room in the heart of the Arts District. Port City hosts the best in emerging and established artists such as Maggie Rogers, Jason Isbell, Margo Price, Amie Mann, Jai Wolf, Frank Turner and many more.  The State Theatre & Thompson’s Point began its summer concert series in 2015 on the banks of the Fore River and since then has hosted the best in national talent including The Lumineers, Bob Dylan, Brandi Carlile, Wilco, Alabama Shakes, The xx, The Head and The Heart, Lake Street Dive and more. Visit www.statetheatreportland.com

About Portland Trails. Since 1991, Portland Trails has worked to save open spaces and build a network of trails throughout Greater Portland. Our trails connect urban neighborhoods, follow quiet river corridors, enhance natural areas, and build healthier human and natural communities. The trail network, which is within a ½ mile of every residence, provides free recreation and active transportation options for adults and children. We are committed to creating walking and biking opportunities that are easily accessible and available free of charge. We have trails on most public school grounds and support street infrastructure that enables and encourages bicycle and pedestrian activity.

About Sierra Nevada Brewing Co. Inspired by frequent trips to the Sierra Nevada mountain range, Ken Grossman founded Sierra Nevada Brewing Co. in 1980. Highly regarded for using only the finest quality ingredients, Sierra Nevada has set the standard for craft brewers worldwide with innovations in the brewhouse and in its sustainability efforts. The pioneering spirit that launched Sierra Nevada now spans both coasts with breweries in Chico, California and Mills River, North Carolina. Sierra Nevada continues to honor its mountain heritage through day-to-day sustainability efforts and programs like Pale Ale for Trails. The brewery is famous for its extensive line of beers including Pale Ale, Hazy Little Thing®, Torpedo®, Tropical Torpedo® and a host of seasonal, specialty and limited release beers. Learn more at www.sierranevada.com.