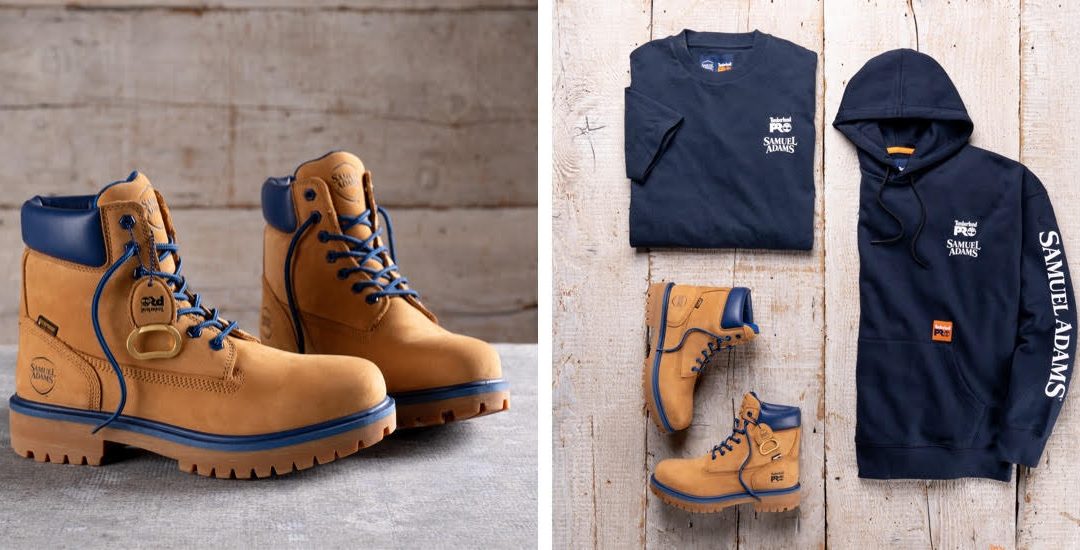 PRESS RELEASE / April 26, 2022 (Boston, MA) – Timberland PRO, a leader in performance and protection, and Samuel Adams, a leading American brewer revolutionizing craft beer, are kicking back with their new limited-edition, co-branded beer drinking gear made with beer-lovers in mind. This unexpected collaboration highlights the craftsmanship at the core of these innovative, creative, and well-loved brands.

For drinkers looking to crack open a cold after work beer, the Timberland PRO X Samuel Adams collection features a limited-edition work boot – complete with beer-proof technology, of course – as well as a bottle opener, high-quality hoodie and T-shirt. Serving as staples in the workshops and fridges of people across the country, this collection will be available beginning on Tuesday, April 26th nationwide at timberland.com, while supplies last.