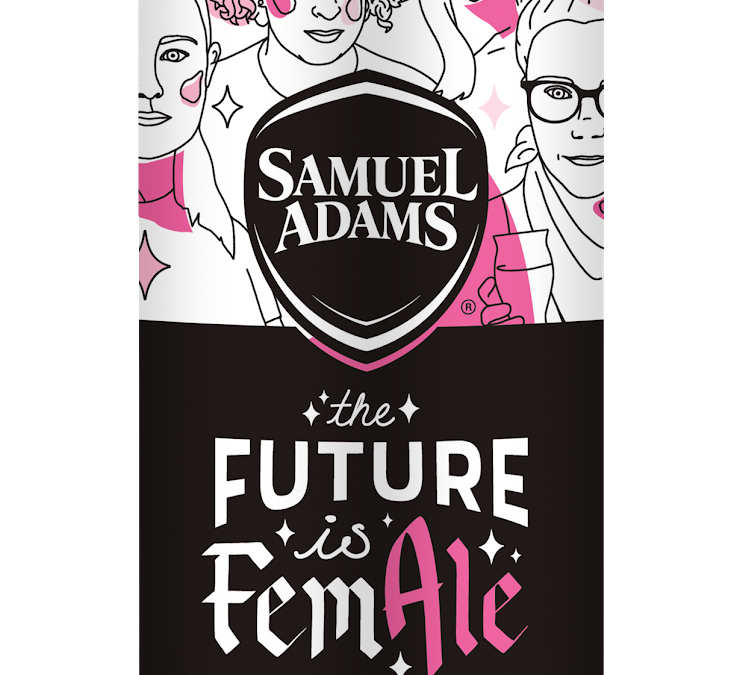 We created The Future Is FemALE, a limited edition, taproom exclusive release brewed by and for the strong female brewers of Samuel Adams. This Belgian-style saison uses a unique collaborative hop blend from the Pink Boots Society, an organization dedicated to advancing the careers of women in beer. At 6.3% ABV, this ale is brewed with clementine infused orange peel and pink peppercorns with grapefruit added for a bright citrus aroma. The can art depicts portraits of Samuel Adams’ own trailblazing brewers.

Available for pre-order on International Women’s Day, March 8 at 12pm ET, Samuel Adams will donate $2.50 of every 4-pack of The Future is FemALE sold at the Samuel Adams Boston Brewery and Samuel Adams Boston Taproom to the Pink Boots Society. Future is FemALE will be available for a limited time at the Brewery and Taproom alongside commemorative tote bags, stickers and pint glasses. Visit SamuelAdams.com for additional information and to pre-order on 3/8.

Samuel Adams Boston Lager is a leading independent, American craft brewer that helped to launch the craft beer revolution. The brewery began in 1984 when Founder and Brewer Jim Koch brewed a generations-old family recipe in his kitchen. Inspired and unafraid to challenge conventional thinking about beer, Jim brought the recipe to life believing drinkers would appreciate the complex, full-flavor lager, and he went bar-to-bar in Boston sampling his beer.
He named his flagship brew Samuel Adams Boston Lager in honor of one of our nation’s founding fathers, a revolutionary man of independent and pioneering spirit. Today, Samuel Adams is one of the world’s most awarded breweries and remains focused on crafting the highest quality beers through innovation and experimentation in the relentless pursuit of better. Samuel Adams continues its dedication to elevating and growing the American craft beer industry overall, including providing education and support for entrepreneurs and fellow brewers through its philanthropic program, Brewing the American Dream, which helps others pursue their American Dream. For more information, visit www.SamuelAdams.com.