Samuel Adams To Re-Release “When There Are Nine,” A Brut Style IPA Inspired By One Of The Most Notable Women In The Justice System Who Declared That “There Will Be Enough Women On The Supreme Court When There Are Nine.” 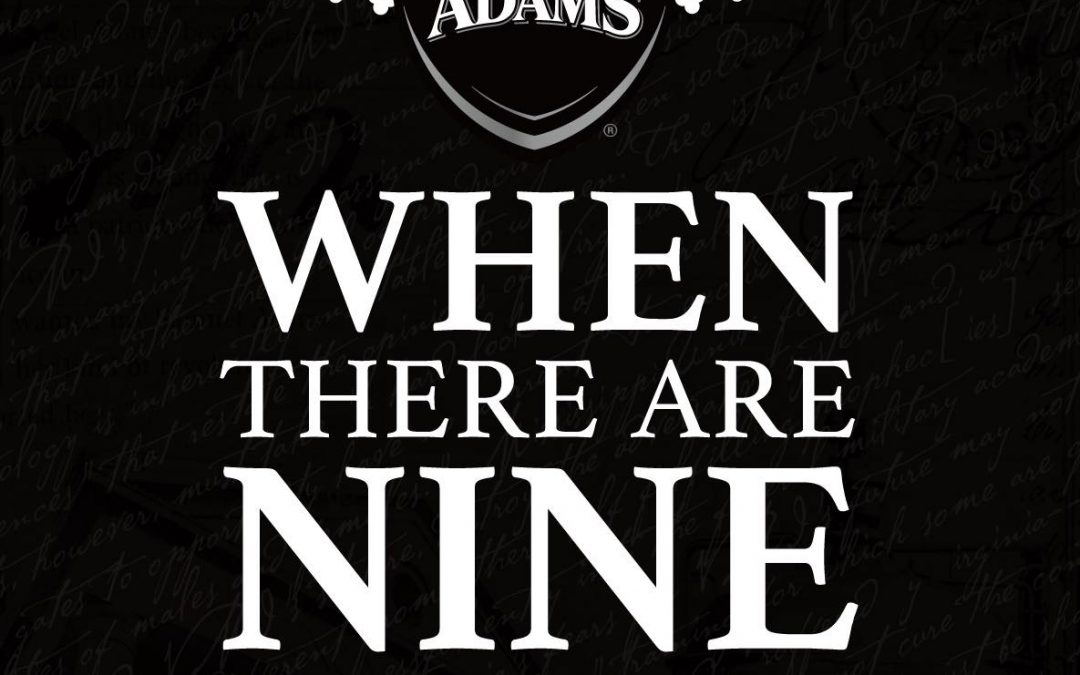 Today, Samuel Adams announced plans to re-release “When There Are Nine,” a brut style IPA inspired by beloved late justice, which was first released by the brewery in March 2019. The 2019 release was Sam Adams’ brewers’ timely tribute, brewed on International Women’s Day for the annual Pink Boots collaborative brew, on the heels of famous proclamation that “there will be enough women on the Supreme Court when there are nine.”

This year’s release of When There Are Nine is especially poignant. We lost a good one, and together will raise a toast to honor the inspiring and powerful woman’s unwavering commitment to justice and lasting impact on society. Recognizing her devotion to furthering equal education and opportunity for women, $9.00 from the sale of every When There Are Nine 4-pack sold will be donated the Pink Boots Society* which fosters advancement and education for women in the beer industry.

Pre-orders will begin on October 9, 2020 for brewery or taproom pickup starting October 15, while supplies last.