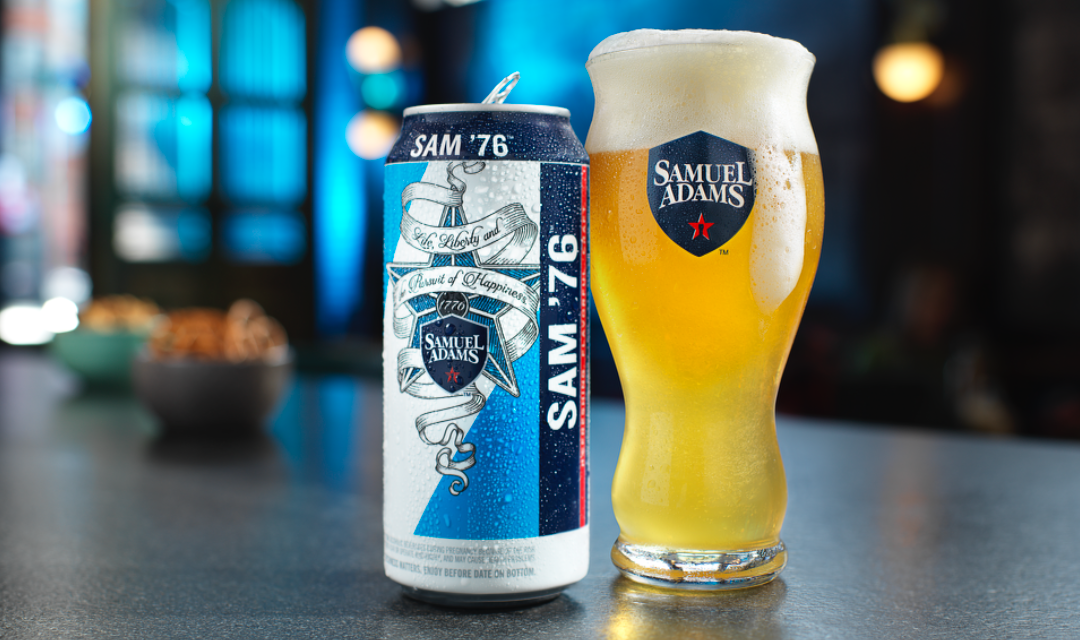 Brew Unites Complex Flavor of an Ale with Crispness of a Lager to Create a Refreshingly Different, Flavorfully Crafted Beer

PRESS RELEASE / BOSTON, January 9, 2018 – No stranger to revolutions, Samuel Adams has once again mirrored the rebellious traits of its namesake and crafted Sam ’76, a refreshing and flavorful union of lager and ale.  Brewed using a unique process, Sam ’76 captures the best attributes of these two beer styles and creates the perfect brew to fill drinker’s glasses during social drinking occasions – from gameday to apres ski to Sunday funday.

Born in Samuel Adams’ experimental nano brewery in Boston, it took more than a year of testing and 60 different brews for the brewers to perfect the harmonious balance of Sam ’76.  To create the refreshing and flavorful beer, the Samuel Adams brewers began with two active fermentations – a base lager and a base ale – each with their own respective yeast strains. The base beers were brewed, then combined during a final maturation step when both yeast depend on each other during a tag team fermentation. The combination of multiple yeast strains and dry-hopping during a late stage of fermentation creates an amazing array of flavors not possible in a typical brewing process.

At 4.7% ABV, Sam ’76 is a refreshing, easy-to-drink brew that has a standout flavor and aromatics with a clean finish. Sam ’76 unites the two styles for a beer that delivers the flavor and character of an ale with the clean, crisp finish of a lager. Craft beer drinkers will be pleasantly surprised during their first sip, which begins with a wall of rich hop character that transitions to a clean, smooth and refreshing aftertaste. The combination of American Cascade, Citra, Mosaic and Simcoe hops in Sam ’76 imparts a tropical citrus aroma that gives way to a bright, juicy citrus hop flavor without overpowering the palate with a strong hop bitterness.

“We’ve brewed a revolutionary beer that brings together the best attributes of lager and ale with a taste and aroma that will completely surprise any craft beer drinker. We wanted to offer drinkers a craft beer they can enjoy during any drinking occasion, from a tailgate to an afternoon with friends, and that’s exactly what Sam ’76 delivers. It took many iterations to get right, but with one sip you’ll understand why this beer is so unique.” 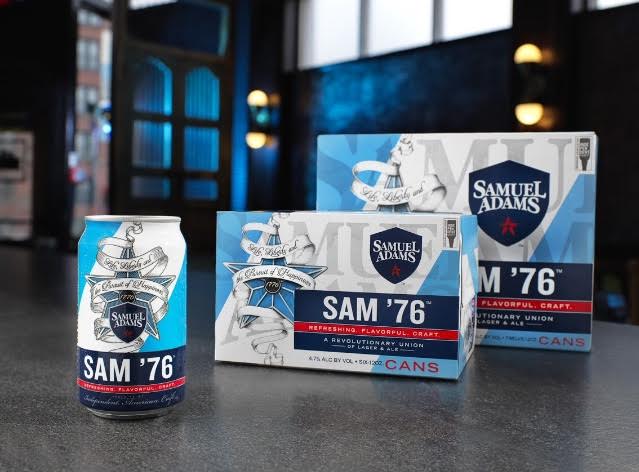 To find where Samuel Adams beers are sold near you, visit www.samueladams.com/find-a-sam.

Samuel Adams is a leading independent, American craft brewer that helped to launch the craft beer revolution.  The brewery began in 1984 when Founder and Brewer Jim Koch used a generations-old family recipe to brew beer in his kitchen. Inspired and unafraid to challenge conventional thinking about beer, Jim brought the recipe to life with hopes drinkers would appreciate the complex, full-flavor and started sampling the beer in Boston.  He named the flagship brew Samuel Adams Boston Lager in recognition of one of our nation’s founding fathers, a revolutionary man of independent and pioneering spirit.  Today, Samuel Adams is one of world’s most awarded breweries and remains focused on crafting the highest quality beers through innovation and experimentation in the relentless pursuit of better.  Samuel Adams remains dedicated to elevating and growing the American craft beer industry overall, including providing education and support for entrepreneurs and fellow brewers through its philanthropic program, Brewing the American Dream, which helps others pursue their American Dream.  For more information, please visit www.samueladams.com.