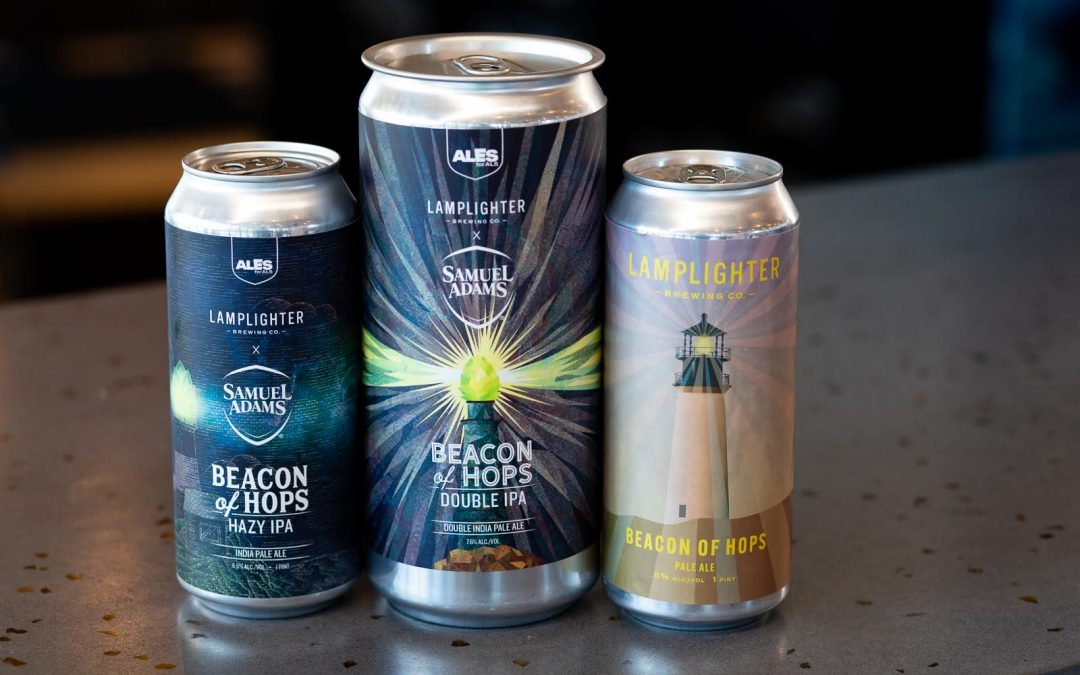 PRESS RELEASE / May 5, 2021 (Boston and Cambridge, MA) – May is ALS Awareness Month, and both Samuel Adams and Lamplighter Brewing Co. are giving drinkers a way to make a difference this year. Lamplighter was inspired to make an impact after a member of their team lost her grandfather to ALS. Samuel Adams brewers, who annually support Ales for ALS, knew that a collaboration was the best way to brew good and do good – see the full story here.

Plastic Can Carriers Are NOT Curbside Recyclable, But SOME Breweries CAN Reuse or Recycle Them

Both Samuel Adams and Lamplighter will donate a portion of proceeds from the Beacon of Hops series to the ALS Therapy Development Institute to help end the fight against ALS. These three brews are available as of today for pre-order to pick up or enjoy on-site starting Thursday, 5/6 through the month of May.

We are a brewery and taproom located in downtown Cambridge. Our focus is on aroma-packed and flavor-driven beers, with an emphasis on New England IPAs, barrel-aged sours, and special seasonals. We brew a variety of one-off batches that allow us to pursue our various whims, and we don’t shy away from funk, twists on tradition, and unique ingredients.

The Boston Brewery is the original home of Samuel Adams. From being our sole production facility in the 80’s to our Research and Development brewhouse today, it’s the cornerstone of the craft beer revolution.