Samuel Adams is the Official Beer of Inspiration4, the First All-Civilian Spaceflight Mission to Orbit; Drinkers Can Bid on Jim Koch’s Signed Number One Bottle of 2021 Utopias for Charity 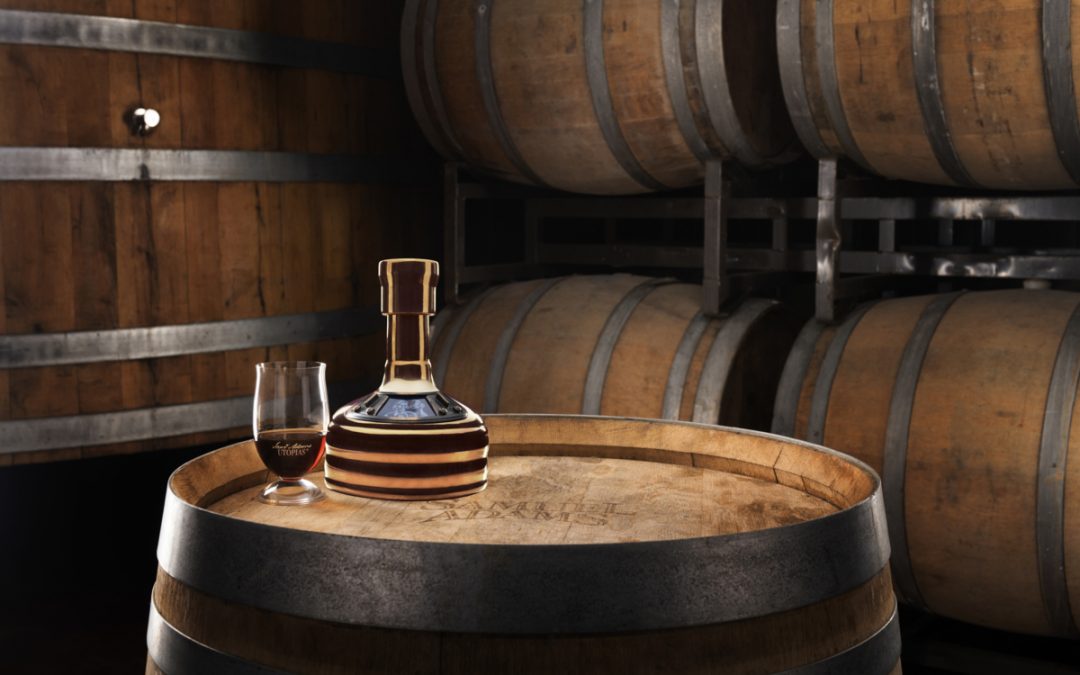 PRESS RELEASE / September 16, 2021 (Boaton, MA) – The brewers at Samuel Adams are raising a glass to the highly anticipated release date of Samuel Adams Utopias, beer at its most spirited. Available starting October 11, the 12th biennial edition of Utopias was finished on 2,000 pounds of cherries, including Michigan Balaton cherries, to bring a slight sweetness and touch of tart flavor to this 28% ABV rarity.

Sam Adams Utopias is a spirited blend of multiple batches of our extreme beers, some held in reserve for just this coveted biennial release. In fact, some of the beer dates back nearly three decades, aging in wooden bourbon casks. Brewers then finish the blend in a combination of Carcavelos, Madeira, Ruby Port, and Sherry Oloroso barrels. This year, for the first time, brewers also aged a portion of the blend in Sauternes French oak wine casks which brings subtle notes of honeyed apricot and caramel to the rich layers of flavor.

“We pioneered the barrel-aging and blending process of Utopias almost thirty years ago and continue that time-honored tradition today,” said Jim Koch, founder and brewer of Samuel Adams. “Since the introduction of Utopias in 2002, brewers have explored uncharted territory with each brew, experimenting with different kinds of aging barrels, new flavors, and different blending techniques. The result is always special, spirited, and worth waiting for.”

Putting a Cherry on Top of Utopias

Each Utopias presents fruitful opportunities for brewer creativity thanks to the thoughtful aging and blending process. This year, brewers dipped into their secret stash of Michigan Balaton cherries, knowing the subtle sweet and tart notes of these unique stone fruits would enhance the overall profile of Utopias, to create a rich flavor of black cherry and dark fruits, with hints of maple and vanilla. A portion of this year’s Utopias was also aged in Sauternes oak wine casks for the first time for a full-bodied Utopias with a moderate sweetness balanced by wood tannins.

A Worthy Cause for an Otherworldly Beer

Samuel Adams is the official beer of Inspiration4, the first all-civilian spaceflight mission to orbit. In celebration of the Inspiration4 mission, Sam Adams will donate a maximum $100,000 to support Jared Isaacman’s challenge to raise $200 million for St. Jude. To extend support of the cause, Samuel Adams brewer Jim Koch is offering his personal bottle number one of 2021 Utopias, signed by himself and the Inspiration4 crew, and a trip to the Samuel Adams Boston Brewery for the St. Jude Charitybuzz auction. To learn more and bid, visit stjude.org/launchparty.*All proceeds raised will go to support St. Jude Children’s Research Hospital.

“Utopias is a high gravity beer and I’m honored to take it to new heights with our friends on the Inspiration4 mission,” said Koch. “A beer at its most spirited, it’s always great to see Utopias support the community and that includes donating my number one bottle to a noble cause like St. Jude.”

How to Experience the Essence of Utopias This Year

Much like those special celebrations in life, Utopias is meant to be sipped and savored on momentous occasions. It’s best served at room temperature with a glass that amplifies its aroma and flavor, such as a small-bowled cognac or snifter glass.

Find your 2021 Samuel Adams Utopias at select specialty beer, wine, and liquor stores, where laws allow, with a suggested retail price of $240 starting October 11. Price varies by market and availability is extremely limited.