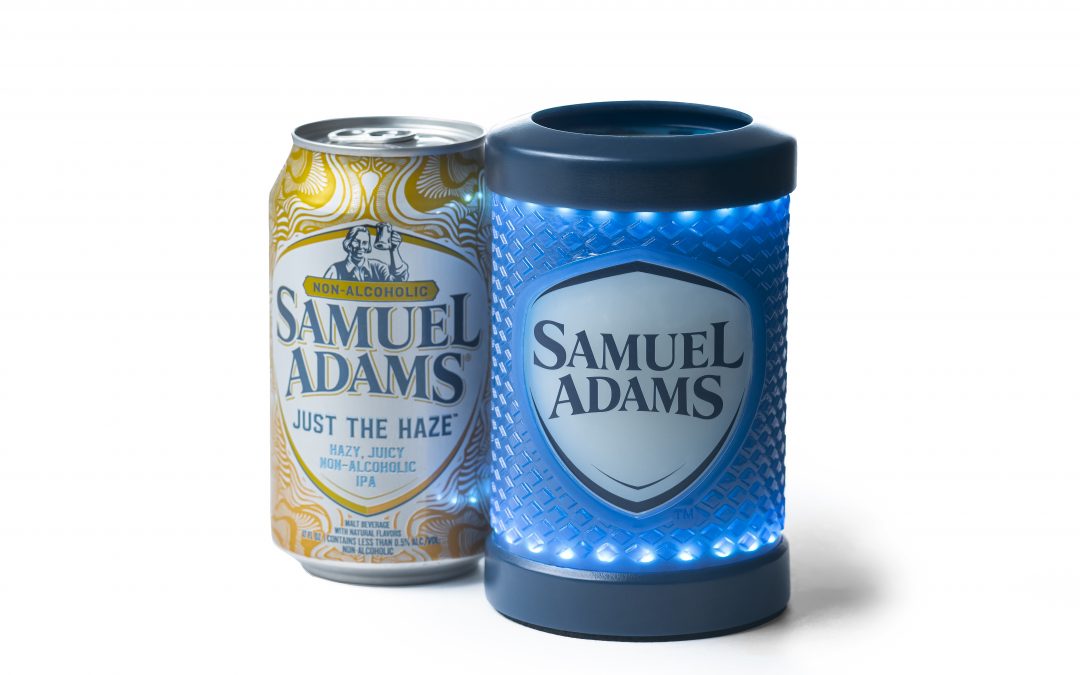 A slam dunk for extended drinking occasions, Just The Haze and companion beer cooling and counting device allow drinkers to pace with taste

PRESS RELEASE March 11, 2021 (Boston, MA) – Samuel Adams is helping fans extend their drinking sessions well into overtime. The leading independent, American brewer that pioneered the craft beer revolution has brewed up two breakthrough innovations that are the perfect teammates to make the most of the upcoming madness that comes with basketball tournament season.

Samuel Adams brewers spent two years crafting Just The Haze, a world-class IPA for beer lovers that just happens to be non-alcoholic. The sheer research and brewing innovation behind Just The Haze inspired the creation of something equally as revolutionary to help drinkers pace with taste during drinking occasions much like long-duration basketball tournaments. Enter: The Insulated Pacing Apparatus (also known as The I.P.A.), a first-of-its-kind device that gives drinkers an easy and fun way to swap in a non-alcoholic beer like Just The Haze during marathon bracket busters.

The Insulated Pacing Apparatus (The I.P.A.) is a high-tech beer cooling and counting device that prompts drinkers when it’s time to swap in a “pacer” beer to extend their beer drinking occasions. With built-in motion sensors, a vibration system and LED lights, The I.P.A. “activates” after every second beer, signaling that it’s the perfect time for a Just The Haze non-alcoholic IPA. The I.P.A. also features cooling insulation to keep beer chilled and has a USB port so drinkers can recharge it ahead of their next beer drinking session. See The I.P.A. in action here.

“We knew we had to do something big to introduce our first non-alcoholic beer to drinkers nationwide,” said Matt Withington, Director of Marketing, Samuel Adams. “Innovation is in our DNA and illustrated at its best not only in this revolutionary beer, but in how we’re bringing it to drinkers. As the Official Beer Sponsor of the Big East Tournament, we know Sam Adams drinkers are looking to stay in the game longer, so with Just The Haze and The Insulated Pacing Apparatus, we set out to prove that non-alcoholic beers can fit seamlessly into any drinking occasion and even extend good times.”

Starting Thursday, March 11, ahead of this year’s much-anticipated national basketball tournament, Samuel Adams is giving drinkers the opportunity to stay in the game longer and win their very own I.P.A. Drinkers can enter for a chance to #PacewithTaste and win a limited-edition beer cooling and counting device at samueladams.com/pacewithtaste. 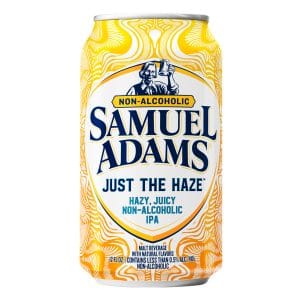 Why Just The Haze Is a (non-alcoholic) Slam Dunk

Just The Haze is a big, juicy, hazy non-alcoholic IPA that is the perfect “pacer” beer for any beer-drinking occasion. Samuel Adams brewers remove the alcohol slow and gently, delivering a beer so good you’ll never know it’s non-alcoholic. The result is a full-bodied, easy-to-drink brew that packs an upfront citrus aroma with hints of grapefruit, tangerine and lime, complemented by tropical stone fruit notes like pineapple, guava, melon and peach.

“As a beer lover, drinker and brewer, the challenge of creating a non-alcoholic IPA was one myself and my team took very seriously,” said Christina Hahn, Manager of Brewing R&D, Samuel Adams. “We seized the opportunity to bring a full-flavor, craft non-alcoholic beer to drinkers, taking notes from international brewing experts and adapting brewing technology to meet our highest expectations. We didn’t just settle for good enough; we brewed countless iterations before arriving at the rich, complex and balanced beer that is Just The Haze: an uncompromising, world-class IPA that just happens to be non-alcoholic.”

Drinkers can rotate in Just The Haze to their drinking sessions and get more out of their days, their nights and every cheers in between. To find Just The Haze near you, visit samueladams.com/find-a-sam.