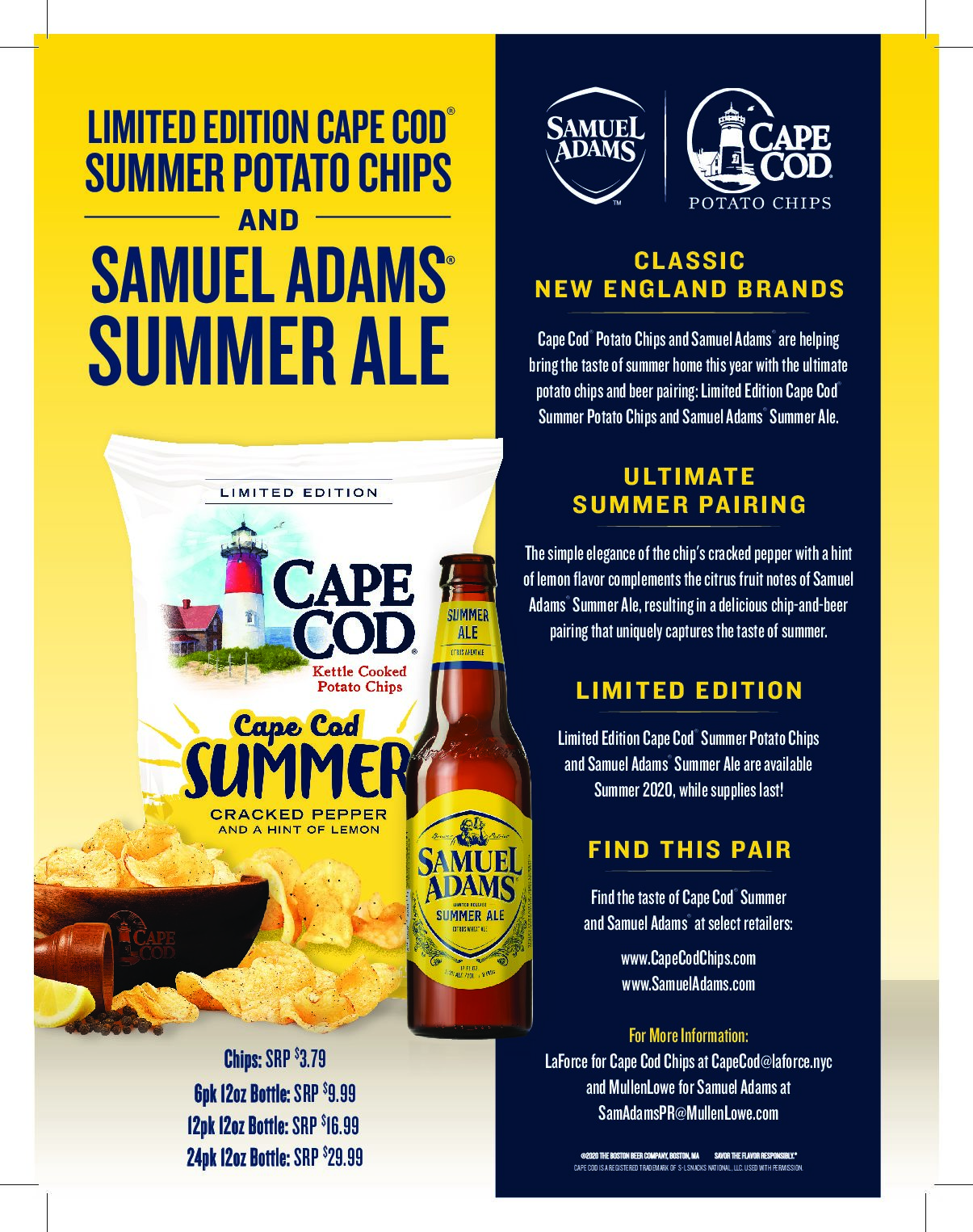 Samuel Adams Summer Ale is the perfect summer brew, featuring a delicate citrus flavor which complements the Cape Cod Summer Potato Chip’s savory notes of cracked pepper with a hint of lemon. The result is a delicious pairing that uniquely captures the taste of summer.

Both products are only available now through Summer 2020, while supplies last. The chips are also available at the Samuel Adams Boston Tap Room!

On July 4, 1980 two small business owners made their dream of making crunchy, delicious, unique quality potato chips a reality. They set up a small storefront in Hyannis, MA where their chips quickly became a local favorite. The business soon grew out of the storefront and a worldwide love affair with our snacks began.