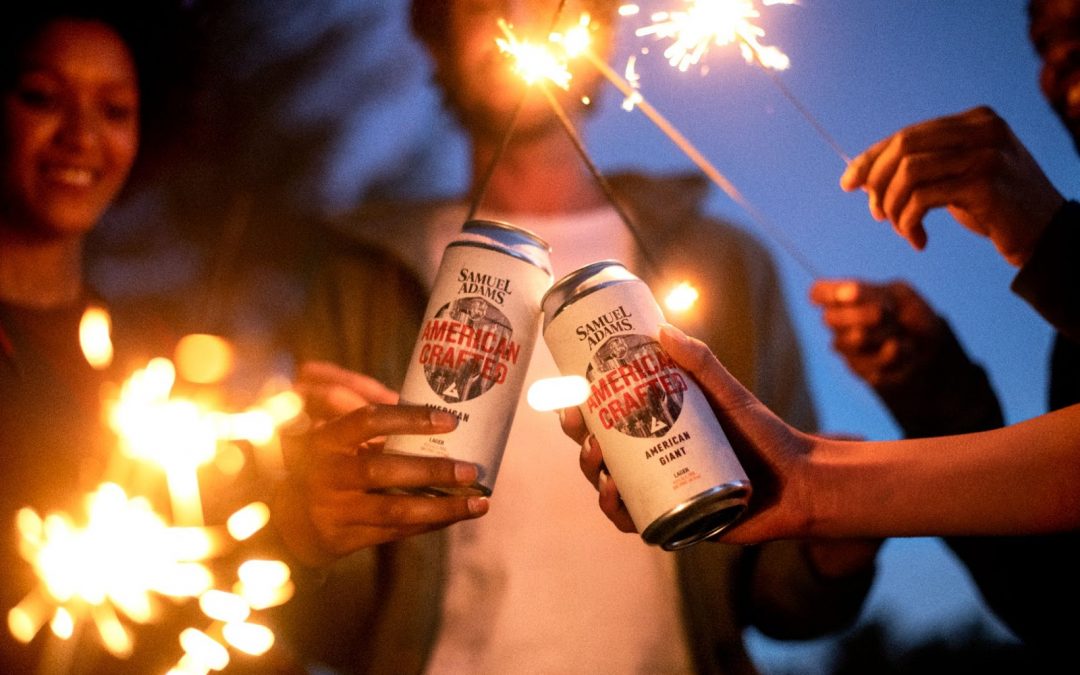 The “Cheers to Good Company” collaboration includes a one-of-a-kind lager beer, made with domestically sourced hops, and a limited-edition apparel line

PRESS RELEASE / SAN FRANCISCO, Calif., June 28, 2021 (GLOBE NEWSWIRE) — American Giant, the USA-made apparel company famously known for the “greatest hoodie ever made,” and Samuel Adams, a leading American brewer with a knack for reimagining craft beer, today are releasing a limited-edition lager – American Crafted – made with domestically sourced ingredients to kick off the Independence Day celebrations.

As we turn a new leaf, this summer marks the first time in over a year that many of us are reuniting with family, friends, and loved ones. In the spirit of gathering again with the people who make life enjoyable, American Giant and Samuel Adams are teaming up in honor of the nation’s birthday with their “Cheers to Good Company” collaboration – a celebration of community, friendship, and shared bonds. 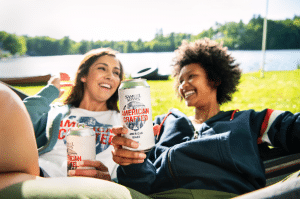 Samuel Adams has perfected the art of making a lager, approaching the process thoughtfully to create a delicate, yet refreshing craft beer. Brewed in collaboration with American Giant, American Crafted is made with domestically sourced hops from Michigan and malt from Malteurop Malting Company in Milwaukee and Valley Malt in Hadley, MA. The lager features a deep-gold color with a balanced hop and malt character – a refreshingly unfiltered lager made for the holiday weekend. American Crafted retails for $16 for a 4-pack of 16oz cans, and is available at Samuel Adams’ Massachusetts and Cincinnati taprooms and for online order pick-up here, and for sampling at American Giant retail locations.

“In the spirit of Independence Day, we’re keeping good company with American Giant and coming together to bring drinkers a delicious limited-edition lager to complement any summer gathering,” said Rich Ferrell, Samuel Adams Brewer. “When brewing American Crafted, we wanted to channel the lager tradition to create a balanced yet elevated unfiltered Kellerbier style with grassy notes, spicy noble hops and herbal aromatics for a flavorful beer that captures the essence of meaningful summer celebrations this season, and that can bring our communities together through our shared commitment to quality, creativity and innovation.”

American Giant’s attitude toward making apparel goes hand-in-hand with Samuel Adams’ approach to brewing. Both brands share a common thread in their respect for and commitment to innovation and creativity, while pulling inspiration from their heritage to rethink the ordinary.

“American Giant and Samuel Adams are all about two things: quality and values. Simple as that,” said Bayard Winthrop, CEO and Founder of American Giant. “Using the highest quality ingredients is of the utmost importance – whether for a classic sweatshirt that can be passed down for generations, or a carefully crafted beer. We’re proud to work with Samuel Adams, a company that shares our commitment to quality and craft.”

To learn more about the “Cheers to Good Company” collaboration, click here.

American Giant is the Made-in-USA apparel brand behind the greatest hoodie ever made. American Giant was founded in 2011 in a moment of opportunity: where the dissatisfaction with the apparel industry’s relentless march toward cheap globalized supply chain and abandonment of America’s manufacturing communities, met with the internet, ecommerce, and manufacturing innovation. American Giant jumped in, confident in the belief that consumers wanted a choice and that there were still enormous possibilities in America’s factories. American Giant makes simply designed, premium clothing for men and women with the highest standards of quality. Approaching each garment meticulously, they ensure high quality materials, fabric, design details, and stitching. The brand is reinvigorating the great tradition of American sportswear, while investing in domestic farmers and communities. For more information visit www.american-giant.com.