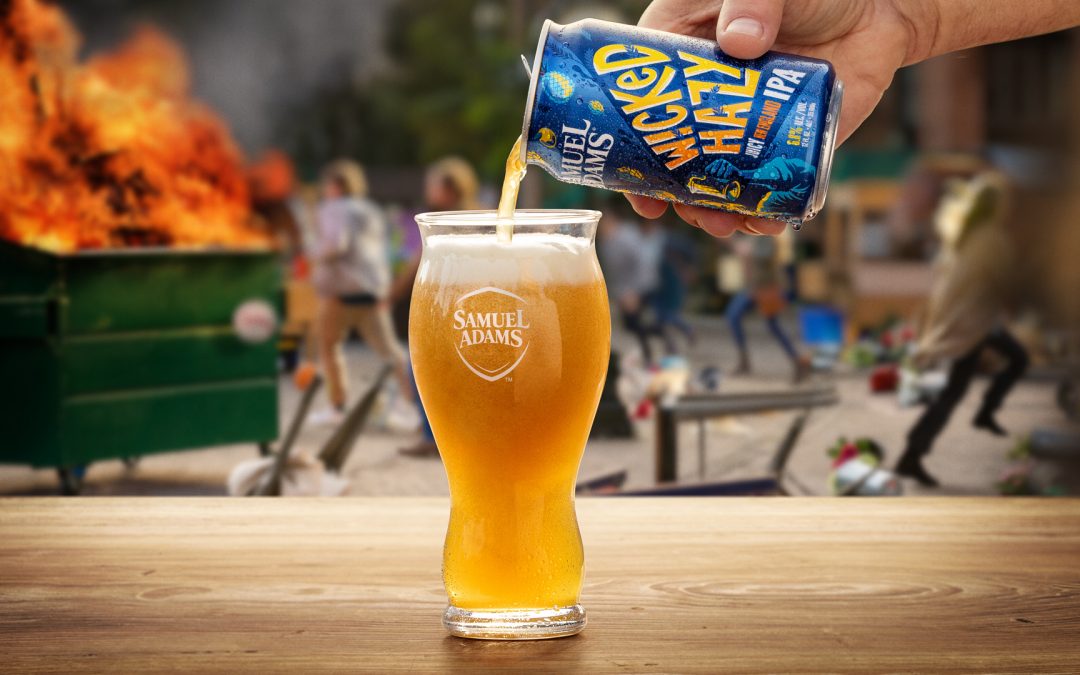 PRESS RELEASE / January 12, 2021 (Boston, MA) – Sam Adams is all-in on Super Bowl 2021, leveraging the moment to introduce a new line of beer, Wicked, to drinkers everywhere. For Sam Adams to play in the big game marketing space for the first time in brand history at this scale, we’re horsing around with a big game icon that’s sure to turn heads. Created by Goodby Silverstein & Partners, “Your Cousin From Boston Frees the Clydesdales” is a wild ride aimed at younger audiences for the launch of Sam Adams’ new Wicked Hazy IPA. Check out the spot here. 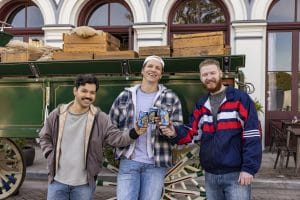 “We couldn’t think of a bolder way to launch our big bet for 2021 than an ad for the big game,” said Boston Beer Company CMO Lesya Lysyj. “We’re excited about our new Wicked range of beers from Samuel Adams developed and launched with the rebellious spirit that’s in our DNA, in the name of good fun and good beer.”

The spot, which will run in Boston and New York markets during the big game, opens with a pitch-perfect misdirect of a typical Clydesdale commercial—orchestral score, antique carriage, and majestic draft horses. An unseen figure pulls the pin from the carriage hitch, sending a team of galloping Clydesdales stampeding through a quaint New England town. “Whoops,” says Your Cousin From Boston.

“This big game mis-direct exactly what you might expect from the mischievous Your Cousin from Boston,” said GS&P Co-Chairman Jeff Goodby. “The guy’s excited about Sam’s new Wicked Hazy and look what he goes and does. You just can’t stop him.”

In true David vs. Goliath fashion, the big game ad is the perfect spot for Samuel Adams’ From Boston With Love campaign, launched in May 2021. Created by Goodby Silverstein & Partners, directed by Worcester native Matt Aselton and starring real life Massachusetts townies-turned-actors Greg Hoyt and Owen Burke, the spot is authentic Boston from its backwards cap its work boots.

And just like the NFL, Sam Adams didn’t wait for the Super Bowl to end to print championship gear! Drinkers will be able to celebrate Sam Adams’ “Beer Commercial Championship” with commemorative gear after the game with proceeds benefiting Restaurant Strong Fund.

For more information on Sam Adams Wicked Hazy IPA and where to find it, click here.