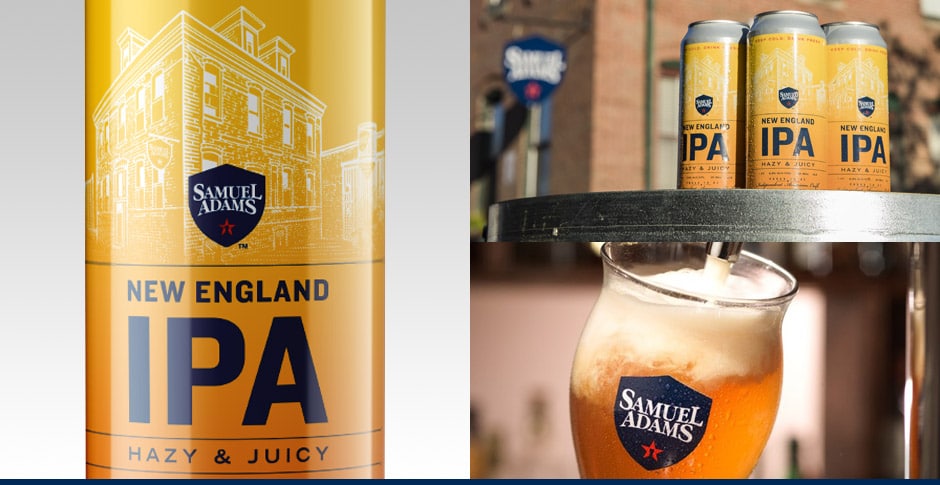 PRESS RELEASE / (Boston, MA) February 21, 2018 — New England’s leading independent craft brewer is paying homage to its roots by proudly celebrating the national release of Samuel Adams New England IPA, a refreshingly juicy and hazy IPA. Previously available only in New England, Sam Adams brewers listened to drinkers’ enthusiasm for the beer, which was the best-selling growler of 2017 at the Boston Brewery, and are responding by rolling it out across the country for craft beer lovers to enjoy.

Developed in Sam Adams’ experimental nanobrewery in Boston, New England IPA is a medium-bodied, unfiltered brew with a slight sweetness that is perfectly balanced by the unique combination of Mosaic, Citra, Galaxy, Simcoe and Cascade hops. The hops bring a big fruited pineapple and grapefruit hop character to the beer, and at 35 IBUs, the brew is neither bitter nor harsh on drinkers’ palates. At 6.8% ABV, the unfiltered IPA is a mouth-watering refresher with a smooth, clean finish that leaves drinkers wanting another sip. 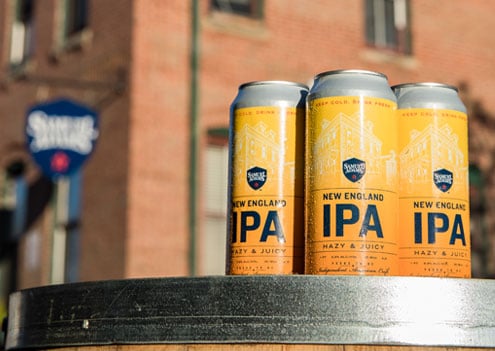 Compared to West Coast IPAs, which are known for their prominent hop bitterness and light, dry mouthfeel, New England IPAs generally have a juicy and luscious flavor along with a hazy appearance and are best enjoyed fresh.

Jim Koch, Sam Adams Founder & Brewer, on New England IPA:”New England IPAs originated in our backyard, but there are still plenty of drinkers across the country who haven’t had a chance to try this unique style yet. Our brewers worked for more than a year to develop a brew with a distinctive set of flavor characteristics that involve unusual and novel brewing practices to give our version of a New England IPA its hazy, juicy and smooth character. We can’t wait for drinkers to try it for themselves and see what the haze craze is all about!”

New England IPA Availability:
Previously only available on draft at the Samuel Adams Boston Brewery and at select bars and restaurants in the Boston area, New England IPA is now available nationwide on draft. Beginning in April, New England IPA will also be available in four-pack 16 oz. cans for a suggested retail price of $8.99 – $9.99. Prices vary by market.

To find out where New England IPA is available near you, visit www.samueladams.com/find-a-sam. 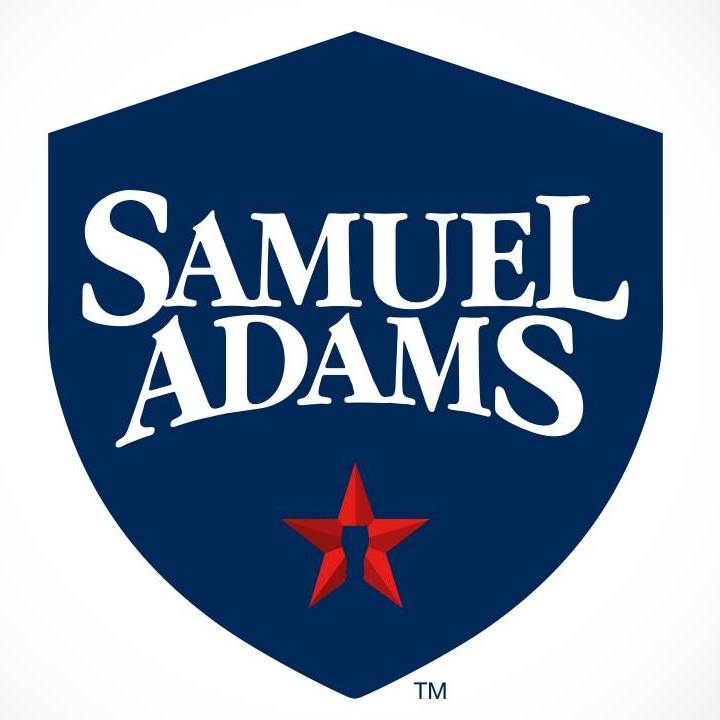 About Samuel Adams
Samuel Adams is a leading independent, American craft brewer that helped to launch the craft beer revolution.  The brewery began in 1984 when Founder and Brewer Jim Koch used a generations-old family recipe to brew beer in his kitchen. Inspired and unafraid to challenge conventional thinking about beer, Jim brought the recipe to life with hopes drinkers would appreciate the complex, full-flavor and started sampling the beer in Boston.  He named the flagship brew Samuel Adams Boston Lager in recognition of one of our nation’s founding fathers, a revolutionary man of independent and pioneering spirit.  Today, Samuel Adams is one of world’s most awarded breweries and remains focused on crafting the highest quality beers through innovation and experimentation in the relentless pursuit of better.  Samuel Adams remains dedicated to elevating and growing the American craft beer industry overall, including providing education and support for entrepreneurs and fellow brewers through its philanthropic program, Brewing the American Dream, which helps others pursue their American Dream.  For more information, please visit www.samueladams.com.