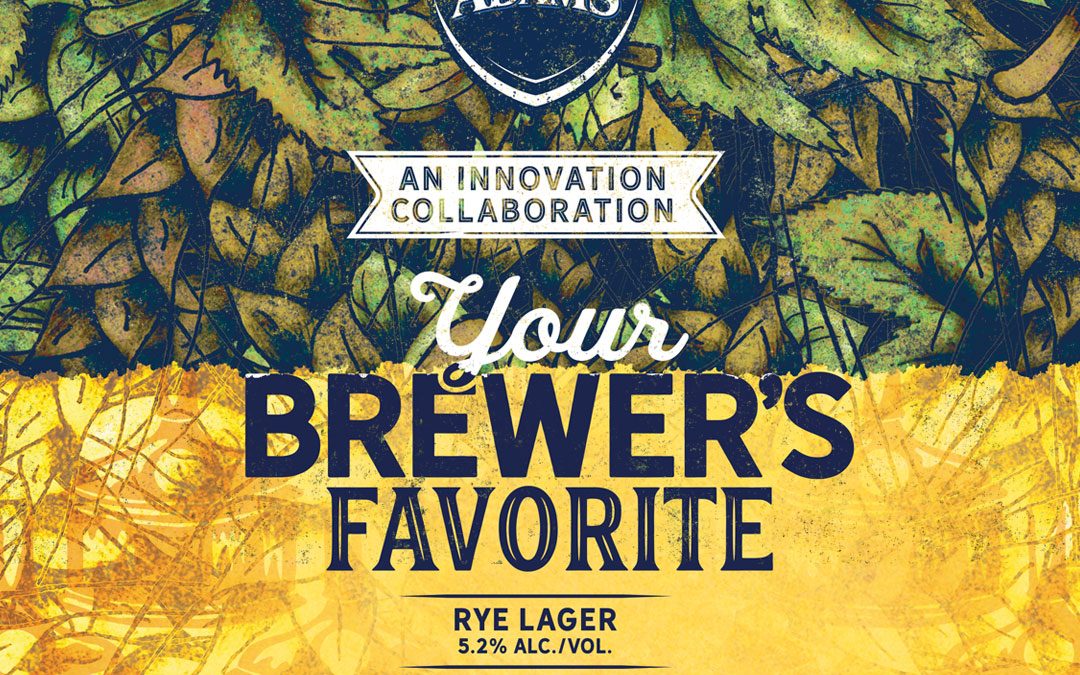 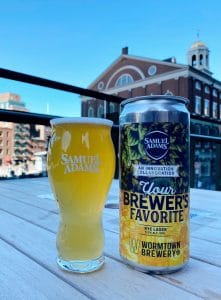 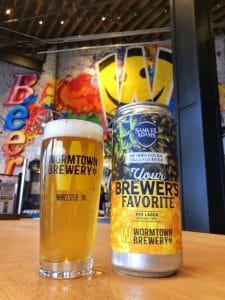 Bringing two local brands together, Samuel Adams Boston Taproom Head Brewer, Megan Parisi, channeled her roots as a former brewer at Wormtown Brewery to highlight the innovation and integration between the “cousins” of New England. The brewers shared a goal of making a “beer WE want to drink” and connected virtually to create a brew they can ultimately cheers with that’s infused local rye malt from Valley Malt and Callista and Arina German noble hops.

The brew will be available on draft and in crowlers to-go at the Samuel Adams Boston Taproom starting today.

Founded in 2010, Wormtown Brewery is committed to brewing world-class beers using locally sourced ingredients regardless of cost. Our motto “A Piece of Mass in Every Glass” means our beers are crafted with the freshest ingredients for the freshest beer. This dedication to quality over quantity has earned us over 180 awards worldwide for a vast collection of recipes; but if it’s a premier IPA you are looking for,  Don’t Worry…Be Hoppy® has you covered!

Visit our taprooms in Worcester or Foxborough and experience 12+ constantly rotating draft beers, hand-crafted small bites, and rotating pop up kitchens from our local restaurant partners. Find out more by visiting: www.wormtownbrewery.com