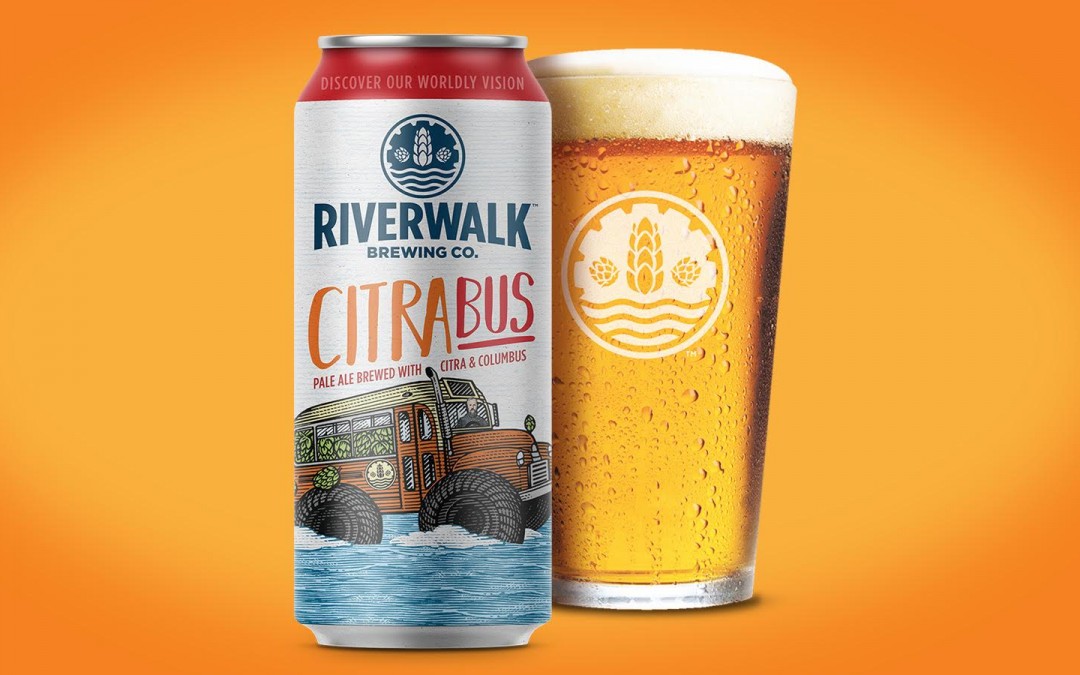 Starting May 18th, one of RiverWalk Brewing’s most popular beers— CitraBus — will be available in 16 oz. cans. The versatile hoppy ale walks the line between a Pale Ale and IPA with generous amounts of Citra and Columbus hops.

“CitraBus was occasionally available in the taproom for growler fills only. But once we moved to cans customers wanted it more regularly and in the new format. Today, we’re excited to give them both!” said founder Steve Sanderson.

Delivering a ton of flavor at a crushable 4.9% ABV, CitraBus will be released in four packs of 16 oz. cans in the taproom on Thursday, May 18th. It will also be shipped fresh to select retailers and liquor stores across their distribution network in Massachusetts.

Is it a pale ale? Is it an IPA? The versatile CitraBus defies definition with a jacked-up flavor profile

in a format that can be enjoyed anywhere along the Riverwalk: A fancy dinner– you betcha!

A backyard BBQ– check! Jumping out of a plane dressed as a Civil War colonel? Suuuure, if that’s

what you’re into. Point is, the winning combination of Citra and Columbus hops ensures that wherever you may need a beer, the CitraBus will deliver.

Locally brewing our unique style of complex, yet balanced, craft beer in Newburyport, MA since 2012. Our approach is rooted in brewing history and blended with our worldly vision for what beer can be.