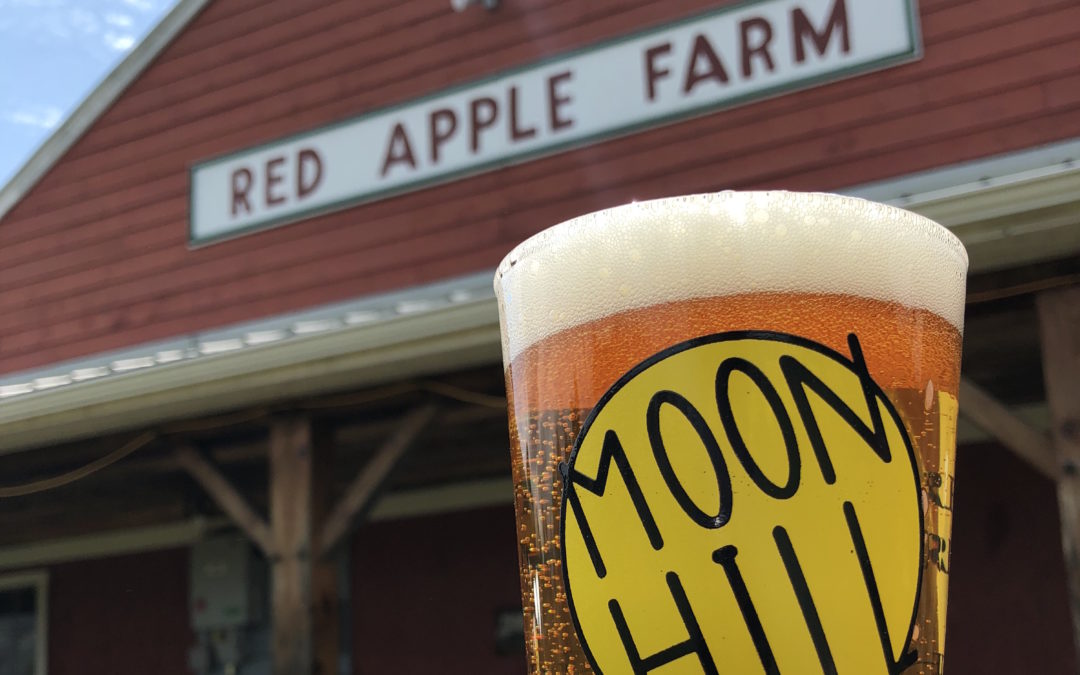 PRESS RELEASE / JUNE 12, 2018 (Gardner, MA) –  Al & Nancy Rose of Red Apple Farm and Rick & Katrina Walton of Moon Hill Brewing Company are collaborating to turn the Red Apple Country Barn into The Brew Barn for the summer, beginning Friday, June 22nd. The Brew Barn will be open Friday through Sunday offering eight Moon Hill beers on tap, plus a co-produced brew aptly named Rick & Al’s Apple Ale. Red Apple Farm’s barbecue will be serving up a full summer menu including their savory pulled pork, local, grass-fed beef burgers, salads and sides. A special wagon stage is being constructed for live outdoor music and 40 picnic tables will be scattered in and around The Brew Barn. The family friendly space will feature lawn games, children’s areas and fun for all ages.

Owner Al Rose of Red Apple Farm said “This is just the beginning for our two families working together. We have plans, we have apples!” Red Apple Farm already presses plenty of sweet cider, but they now want to team up with Moon Hill to make hard cider, too. Rick Walton of Moon Hill Brewing Co. is excited about the collaboration with his neighbors. “We’ve been doing festivals with Red Apple Farm for years now, but we’ve been interested in doing something longer lasting, that leverages our strengths in the community. The Brew Barn and our plans for hard cider will continue to bring new energy to our area of North Central Massachusetts,” explained Rick. Nancy Rose added, “Invigorating the local economy, neighbors working with neighbors, getting the country back into our lives, is what it’s all about.”

Look for craft beer, cider and live outdoor music with plenty of barbecue and family fun on summer weekends at The Brew Barn on Red Apple Farm. 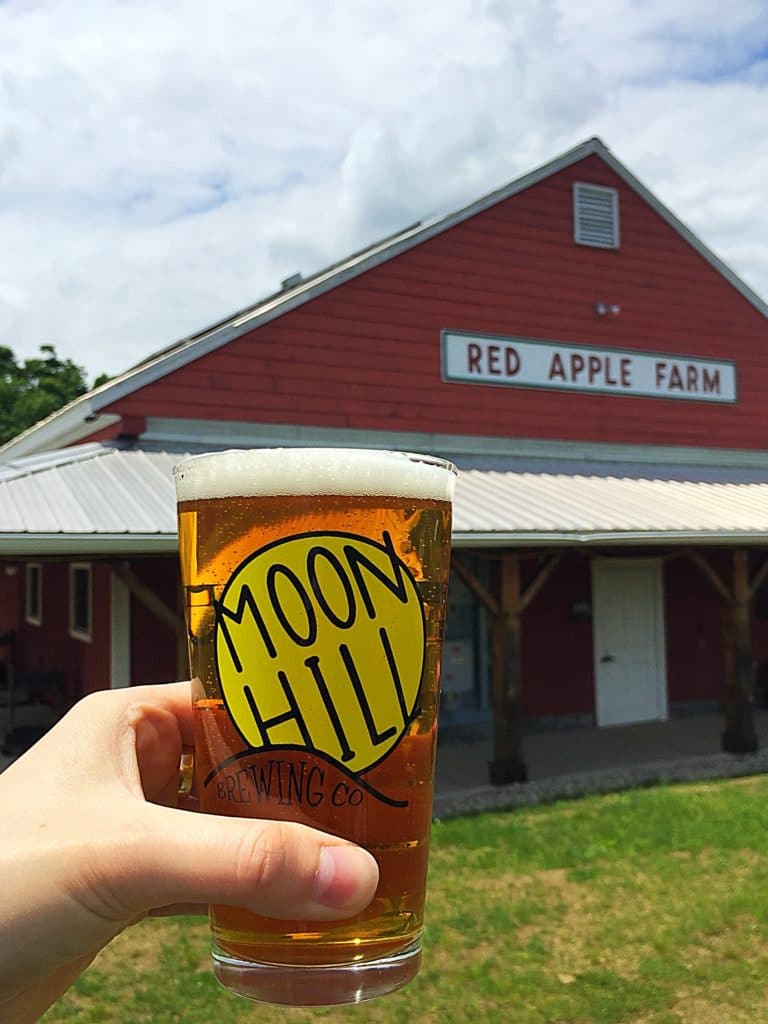 Moon Hill Brewing Co. is named after a neighborhood in Lexington, MA known as Moon Hill.  It was a neighborhood conceived by idealistic professionals seeking a more deliberate and practical suburban lifestyle.  Out of this ‘hood was born an architect’s daughter, Katrina, who married this guy named Rick, a would-be brewer. 15 years later Moon Hill Brewing Co. (MHB) was begun in Gardner, MA.  The year was 2006.  Rick had already pursued his other interests: biomedical electronics, high school physics teacher and software engineer.  That took up nearly 30 years, which brings us here.

At the very beginning of 2017, the Moon Hill Brewing Co., doing business as The Gardner Ale House (GAH), a popular brewpub, began distributing its beer outside the doors of the venerable ‘Ale House’.  We are still located at the brewpub, but have our eyes set on some land across the street to break out and jump this gig up a bit.

Red Apple Farm in Phillipston, MA is truly a place to connect the past and today!  Our farmhouse and barn were built in the mid-1700’s. The encompassing stonewalls and stately maple trees represent the icons of days gone by and a labor of love that is still found today in the farm’s breath-taking atmosphere and true sense-of-place.  There’s plenty to see, taste and do at the Red Apple Farm.  Guaranteed family fun!