I guess it’s true that the early bird gets the worm, err, crowler. On a cool, autumnal Sunday morning I headed over the Braga Bridge to Fall River’s waterfront. Outside in a courtyard was a folding table stocked with t-shirts and crowlers. Inside was the city’s newest brewery, Troy City Brewing. While not yet open to the public, Troy City was selling crowlers of their Test Batch No. 1 (TB1) NEIPA to a select few that have joined their mailing list. This beer was the perfect compliment to a Sunday spent on the couch watching a full slate of football games. 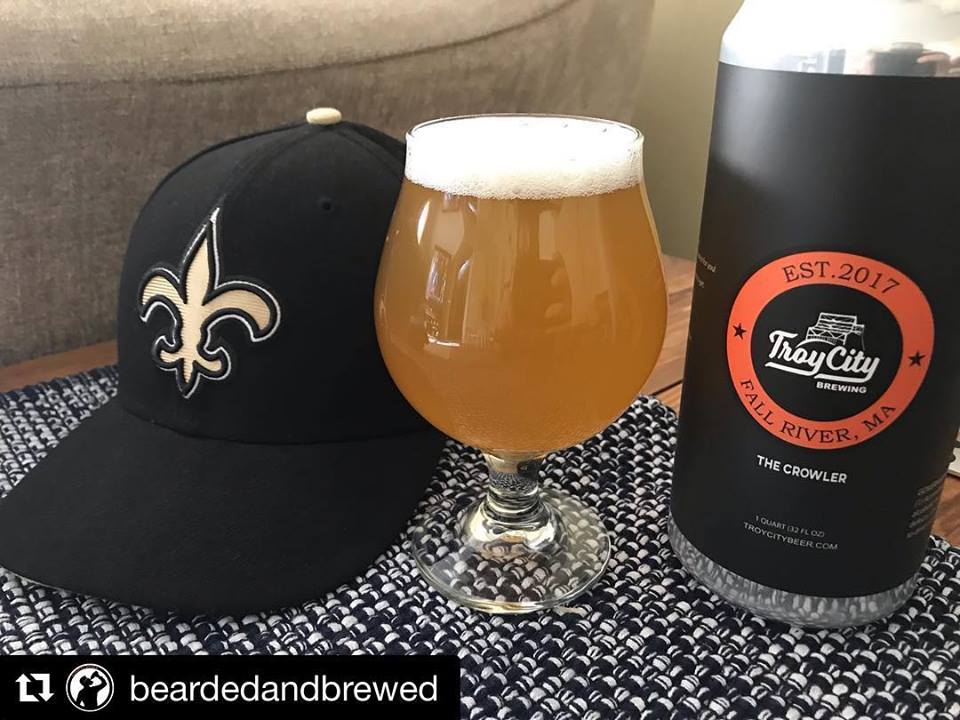 For a test batch, this beer was checking all the right boxes. At 6.8% ABV, this double dry hopped batch features Citra and Mosaic hops. It was crisp and clean with lots of tropical, citrusy notes jumping out of the glass with lots of grapefruit on the tongue.

Troy City has gone from a homebrew operation based in Keith’s basement to a beautiful taproom in a restored Fall River mill in under a year. Be on the lookout for a grand opening announcement by mid-to-late-November.