Portico Brewing Will Open A Brewery and Taproom in Somerville 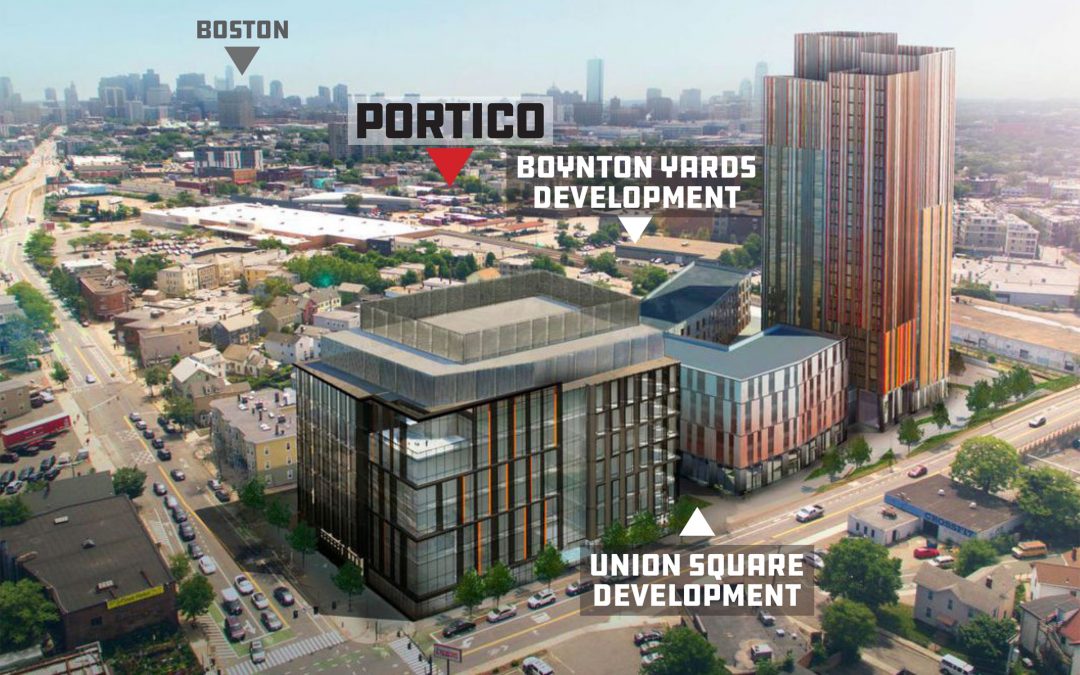 Put some design in your stein has long been the tagline for Portico Brewing, a Massachusetts contract brand started by two architecture enthusiasts eight years ago. Now, the small brewer is poised to take it to the next level by opening a brick and mortar space of its own in Somerville. The announcement is the latest in a series of similar moves by contract brands that have adopted the taproom model that started trending just a year or so after founders Alex Rabe and Alex Zielke began their venture. Back then only brewpubs were allowed to serve their beer on premise, but now more than three quarters of the state’s 200 or so breweries have a pouring permit.

Portico’s new digs, a short walk from the now-shuttered Slumbrew Brewhouse on Ward Street, will be adjacent to the Boynton Yards redevelopment plan featuring 425,000 square feet of office, retail, and mixed use space alongside existing residential and industrial neighborhoods. Positioned between Inman Square and Union Square, and flanked by Lechmere Square in East Cambridge, additional development plans call for significant green space and parks, which Rabe says will provide opportunities for outdoor events, festivals, and beer gardens nearby their 45 South Street location. Not far from Union Square’s forthcoming Green Line MBTA station, the multi-phase development project is already under way and scheduled to be completed by 2024. 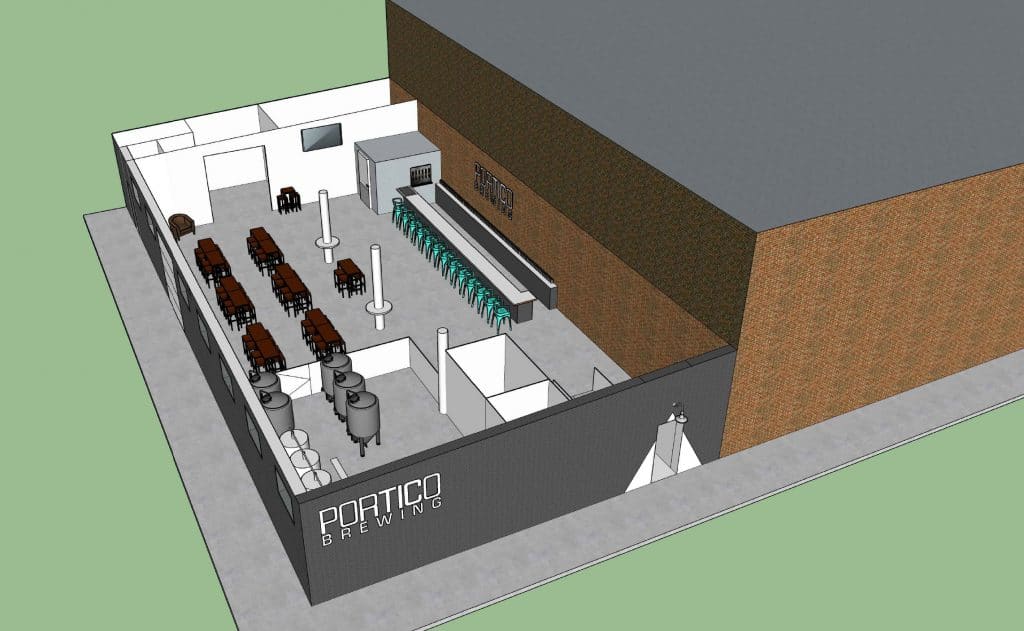 Portico’s new project will feature a pilot brewing system along side 1,500 square feet of taproom space and a small in-house kitchen.

“We’ve always envisioned a physical space as part of the long range plan,” says Rabe, who along with Zielke is a Somerville resident. “Now we’re looking forward to providing fresh beer for our local community.” To help them with financing, a more difficult proposition for the food and beverage industry post Covid, Portico has launched a crowd sourcing campaign through MainVest, an on-line platform that allows interested parties to invest in local businesses for as little as $100. The hope is to raise the $75,000 minimum needed to fund the buildout of their new 3,400 square foot space, most of which will be taproom, and to secure brewing equipment for a modest brewhouse. In the mean time, Portico will continue to produce and distribute its core beers under contract at Mercury Brewing, maker of the Ipswich Ale brand.

Best known for “making good stuff [classic styles] better” and relying on a limited lineup of offerings that Boston Globe beer writer Gary Dzen once described as “just off-centered enough to be interesting,” Portico’s permanent home on the ground floor of the building that houses Union Square Donuts will allow for more experimentation. Yes, they’ve already explored the idea of a donut-themed collaboration beer, and neighboring Taza Chocolate might lend inspiration for a decadent dessert beer as well. Also on the to-do list once they’re up and running, expected to be some time between the end of 2020 and the spring of 2021, is the addition of a New England style IPA to complement their Gradual Diagonal, a slightly hazy East Coast meets West Coast version of the style. But don’t expect an IPA centric beer menu, says Rabe, who promises a more balanced chalk board of offerings at the taproom. “Our focus will continue to be rethinking traditional styles, using unique combinations of classic and innovative ingredients, and crafting refined but accessible beers for all to enjoy.”

Related: What 3 Small Massachusetts Breweries Are Doing to Make A Big Environmental Difference