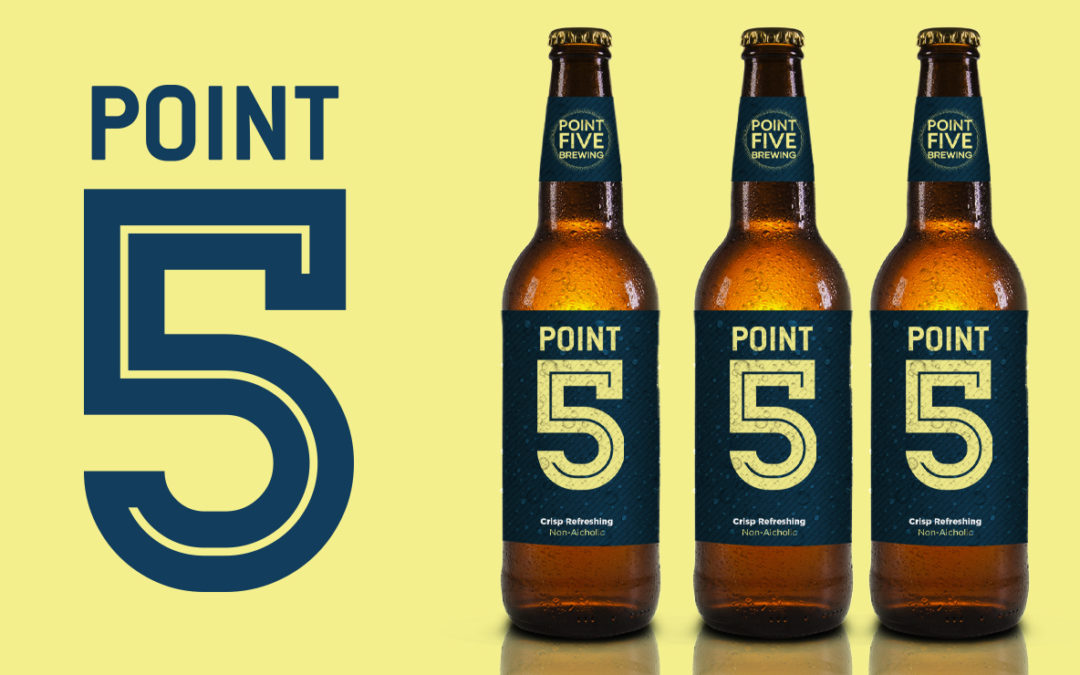 PRESS RELEASE ​/ December 11, 2019 (Boston, MA) – On Wednesday, December 11, Point Five Brewing will be launching an all-new, non-alcoholic beer at 730 Tavern in Central Square. The brew, titled Point Five Pils, will be available on tap from 6:30pm – 9pm. All are welcome and encouraged to attend.

The startup business, a subsidiary of Sandymount Technologies, was created using the same process that allows brewers to remove up to 75% of water from beer without impacting its unique taste or appearance. The end product provides drinkers with a crisp body, refreshing finish and, in the case of Point Five Pils, under 0.5% alcohol.

Dr. Ronan McGovern, an MIT Fulbright Scholar from Ireland and CEO at Sandymount Technologies, adopted the RevosTM hyperfiltration technology in order to help brewers cut energy and transport costs. The low-temperature, membrane-based process can shrink beer down by a factor of five in volume, allowing brewers to grow their export markets and expand their business. Inspired by the success of RevosTM technology, McGovern set his focus on the creation of non-alcoholics.

“With Point Five we wanted to create a non-alcoholic beer that would appeal to a wide audience. That made the pilsner style — probably the most iconic style of beer over the last century — the obvious choice. It was also a challenging choice because the delicate flavor profile of a pilsner is tricky to maintain while taking out the alcohol,” said McGovern. “When you taste Point Five, I think you’ll find it to be remarkably close to a full-alcohol pilsner beer. I’m very happy with the product quality our team has been able to achieve and looking forward to hearing what Cambridge thinks.”

Point Five Brewing, a subsidiary of Sandymount Technologies, allows drinkers to enjoy the crisp, refreshing taste of a light beer that is free of alcohol. At less than 0.5%, Point Five Pils is made using RevosTM technology and offers a better alternative to fit into consumers’ daily lives without sacrificing quality or flavor.