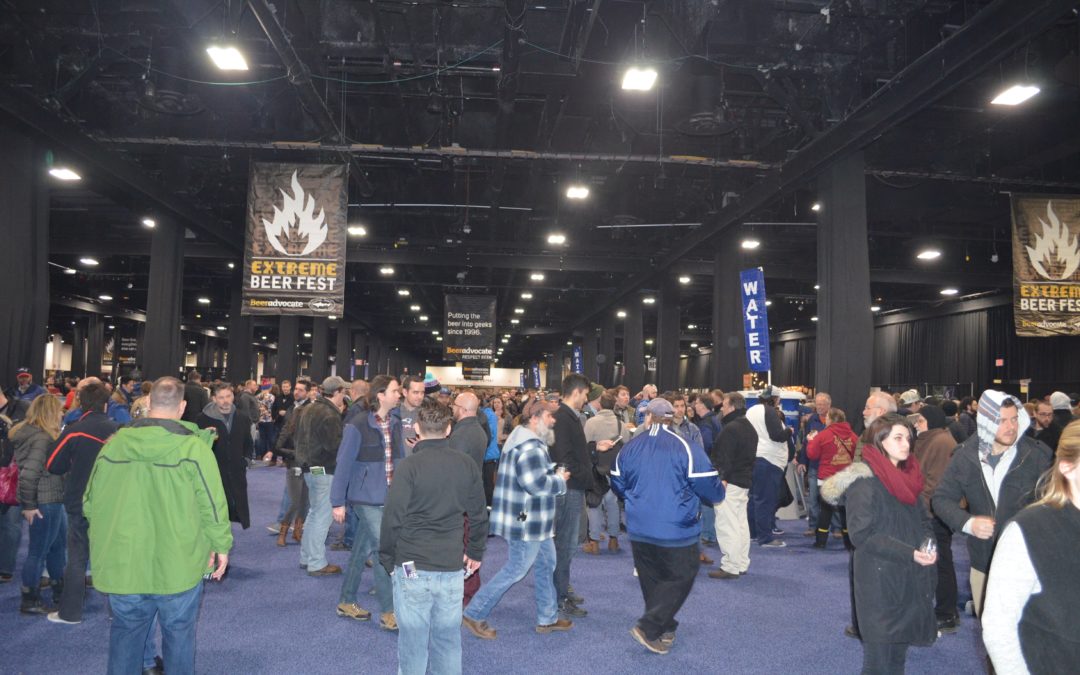 This past weekend we attended the 15th Annual Extreme Beer Fest held at the Seaport World Trade Center in Boston, MA. Hosted by BeerAdvocate and sponsored by Dogfish Head Craft Brewery, the EBF is a craft beer festival that “is the ultimate throwdown of craft beer creativity and celebrates brewers who push the boundaries of brewing and raise a fist at the norm.” It was our third time going to the EBF and first with a media pass. Taking the opportunity to talk to as many brewers and patrons as possible over the three sessions, we were able to see the incredible passion for craft beer as well as the vision brewers have for testing the limits of what craft beer can be. Here is a visual representation of our EBF experience. 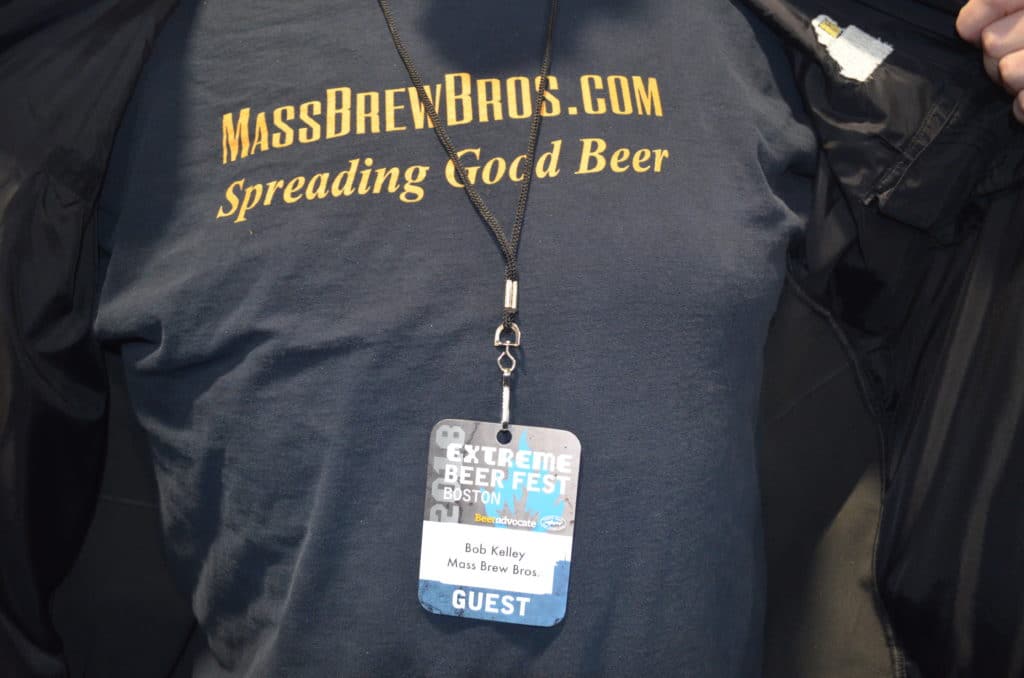 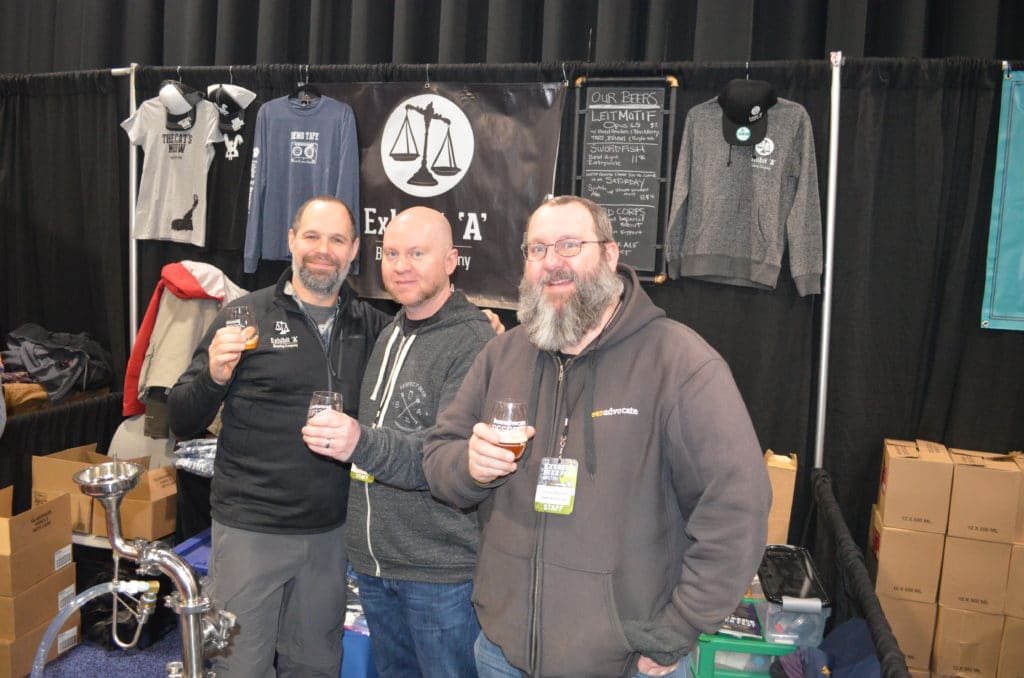 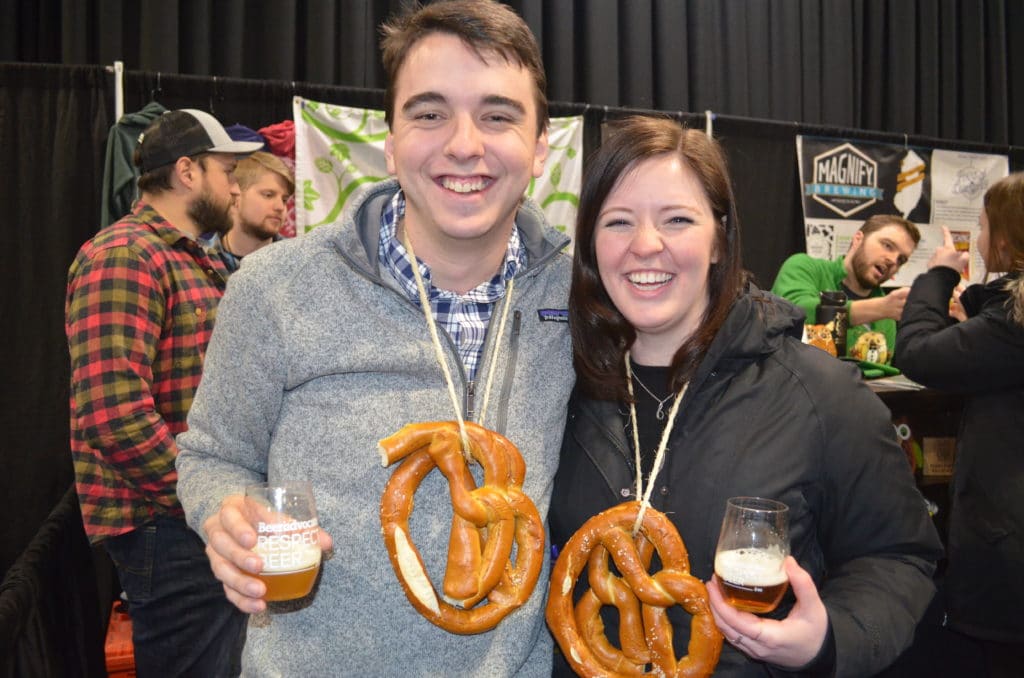 Apparently for Mike and Shelia, Extreme Pretzels were necessary to keep their palates cleansed in between tasting the wide variety of extreme beers. 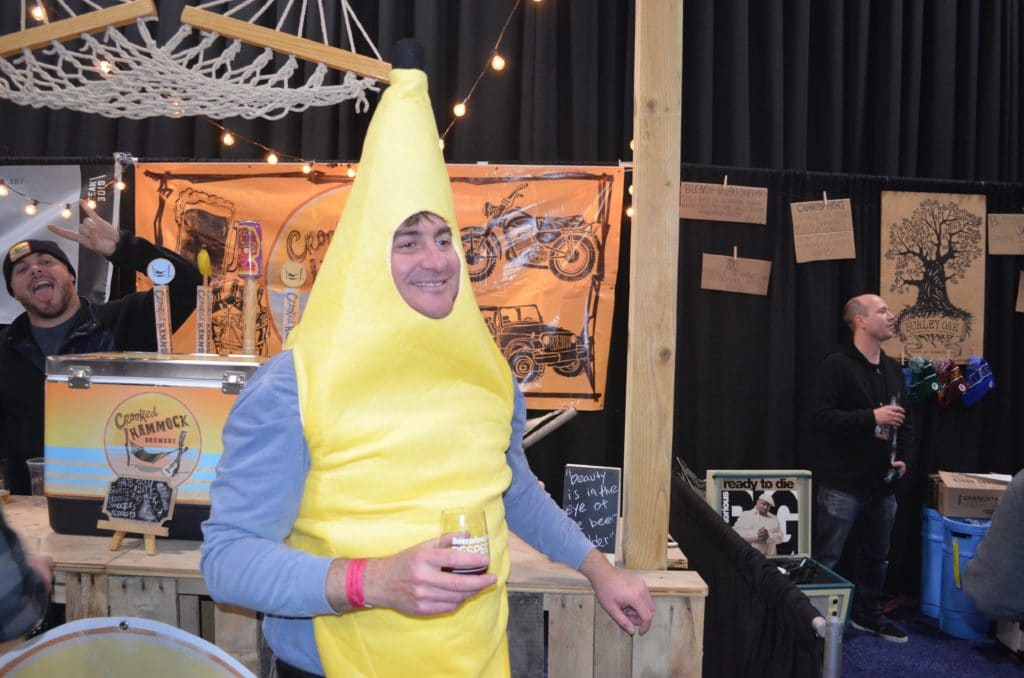 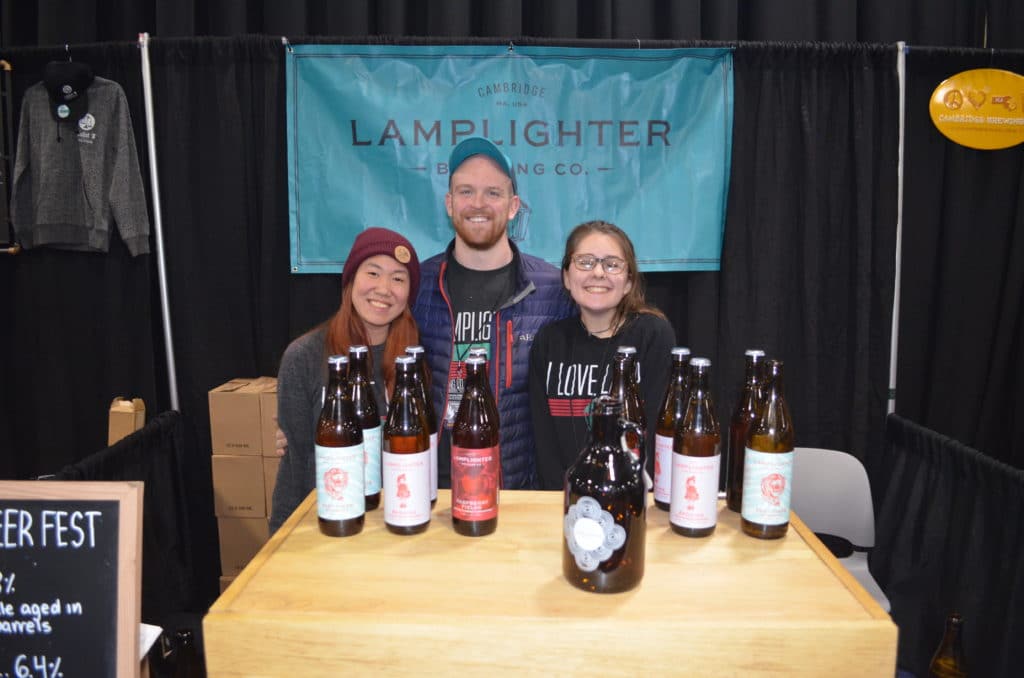 Cambridge’s new Lamplighter Brewing made their first appearance at EBF, it won’t be their last. 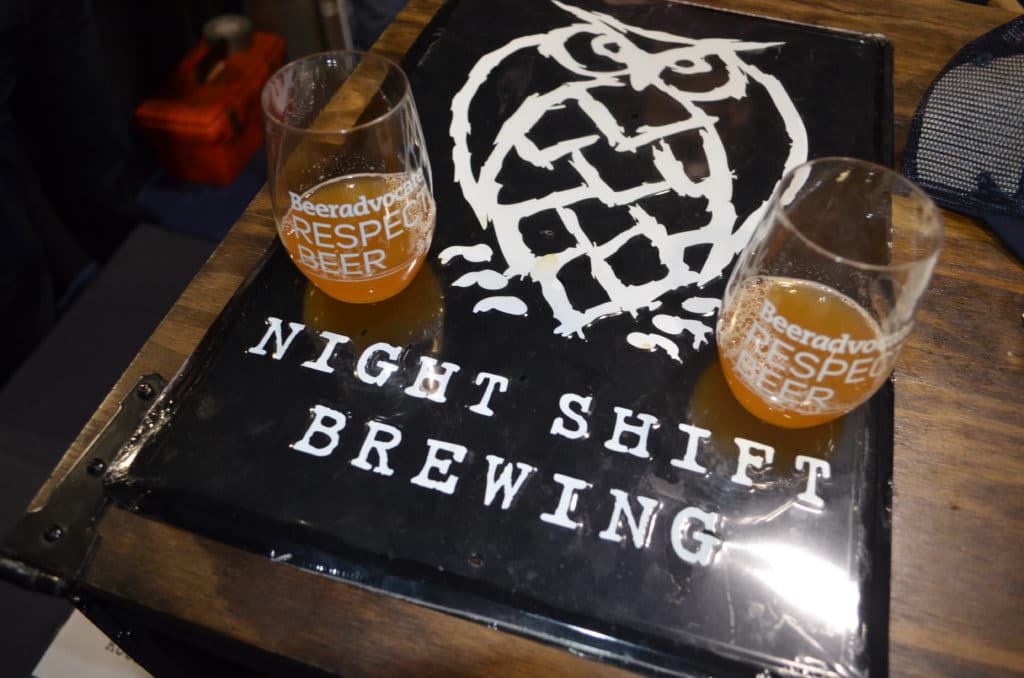 Night Shift Brewing, one of the fastest growing breweries in the state, was one of 10 Massachusetts invitees. 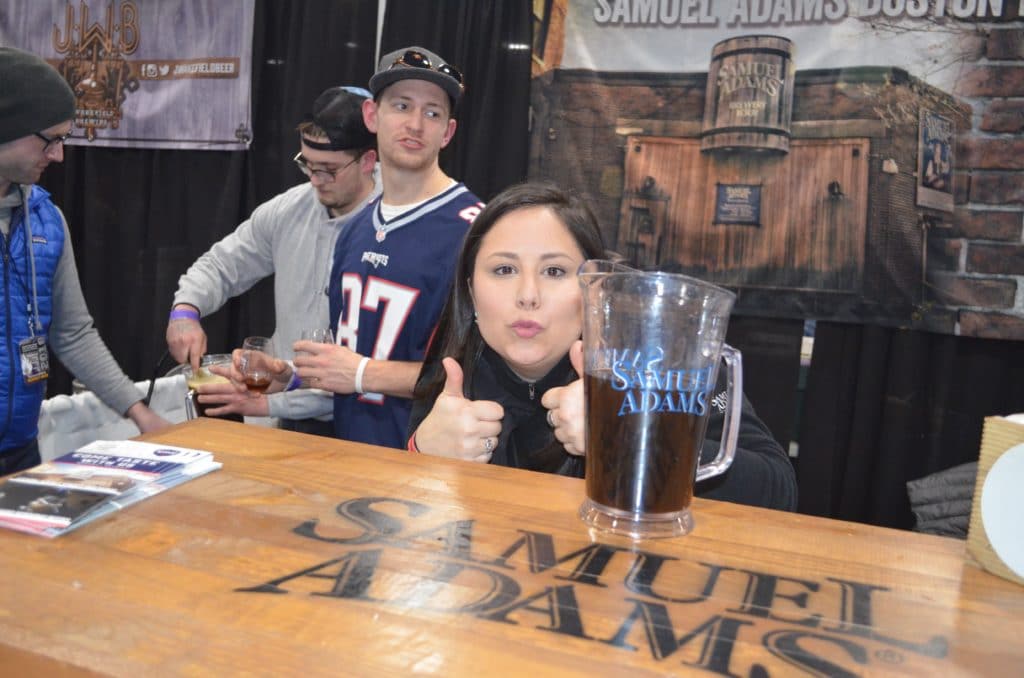 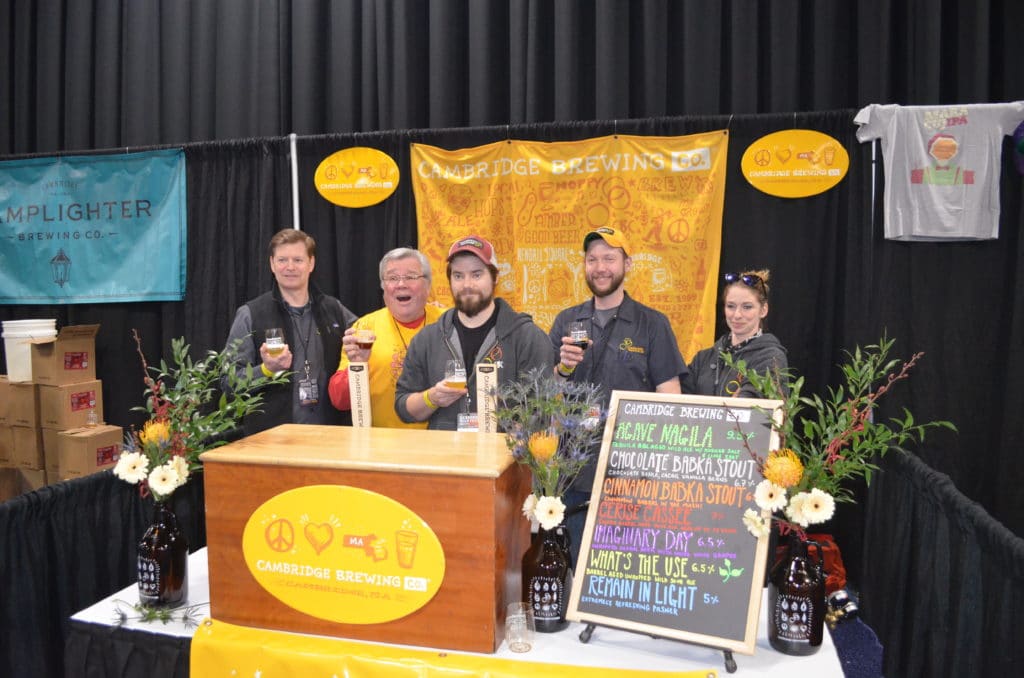 The crew from Cambridge Brewing Company, one of the most innovative breweries in the country. 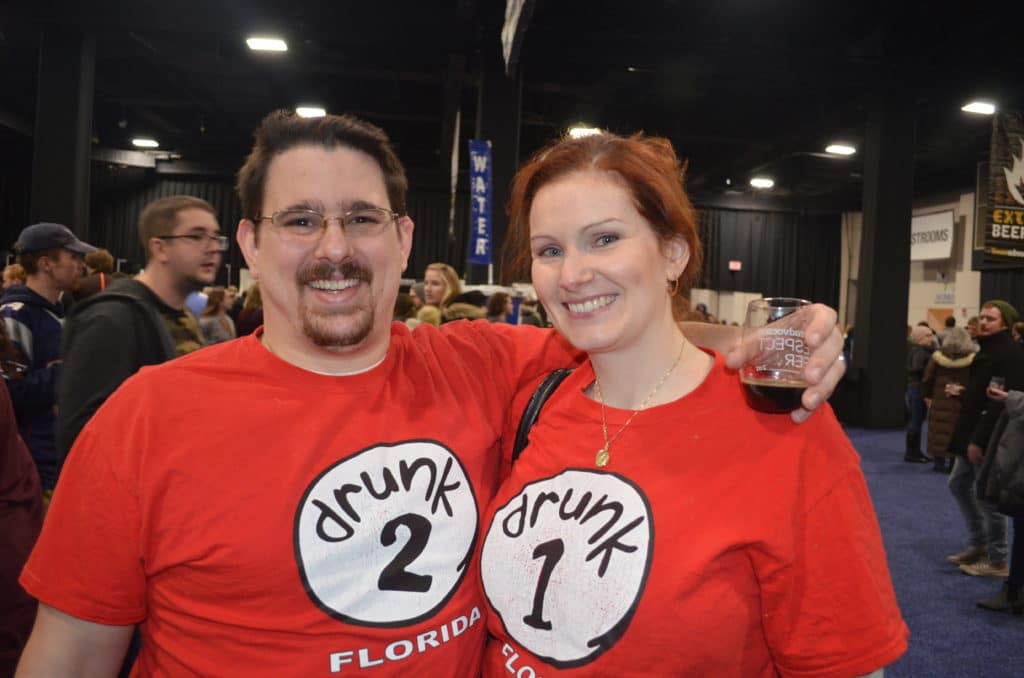 Drunk 2 and Drunk 1 (aka Vin and Wendy) causing mischief while visiting every EBF booth in the Seaport World Trade Center and knocking down all the craft beer in their path. 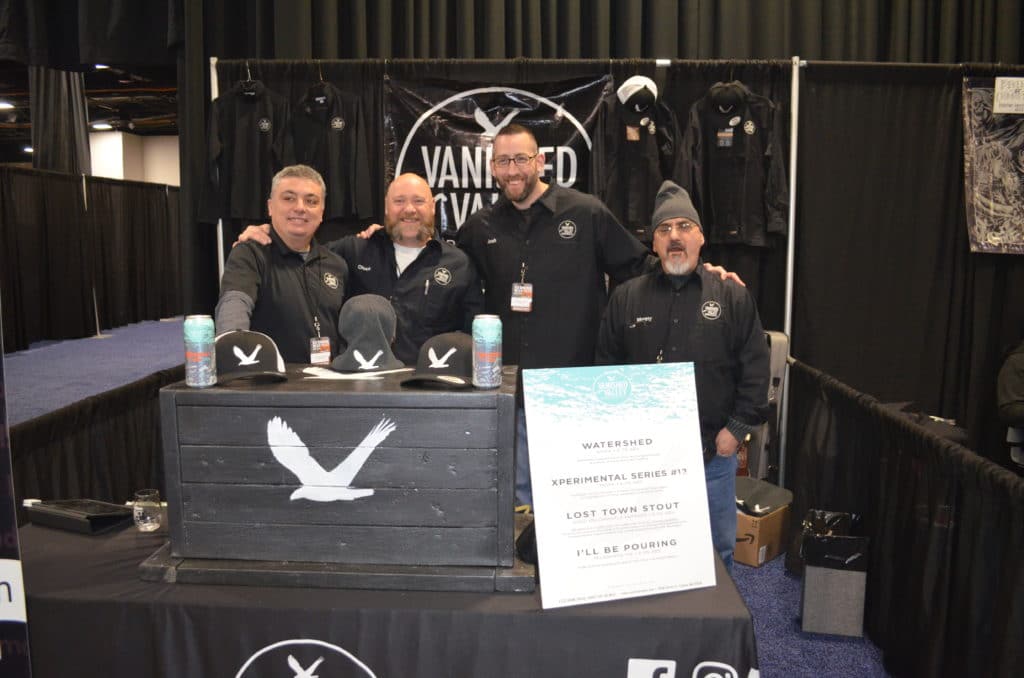 Ludlow’s Vanished Valley Brewing, not even a year old, drew some of the festival’s longest lines.

There were plenty of incredible edibles at this year’s EBF like Waffle Cabin waffles crafted by Ingrid Heyrman who will convert you to “Waffology.” 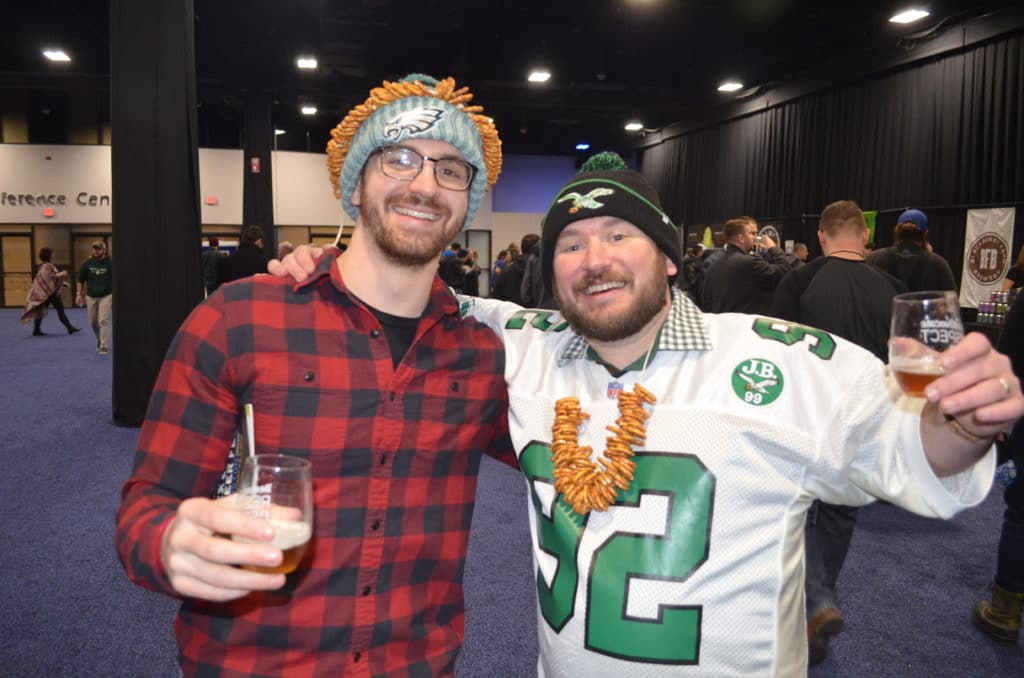 The tasty craft beer was easier to swallow than the Eagles Super Bowl victory, but Philly fans Jamie and Spencer can finally rejoice. 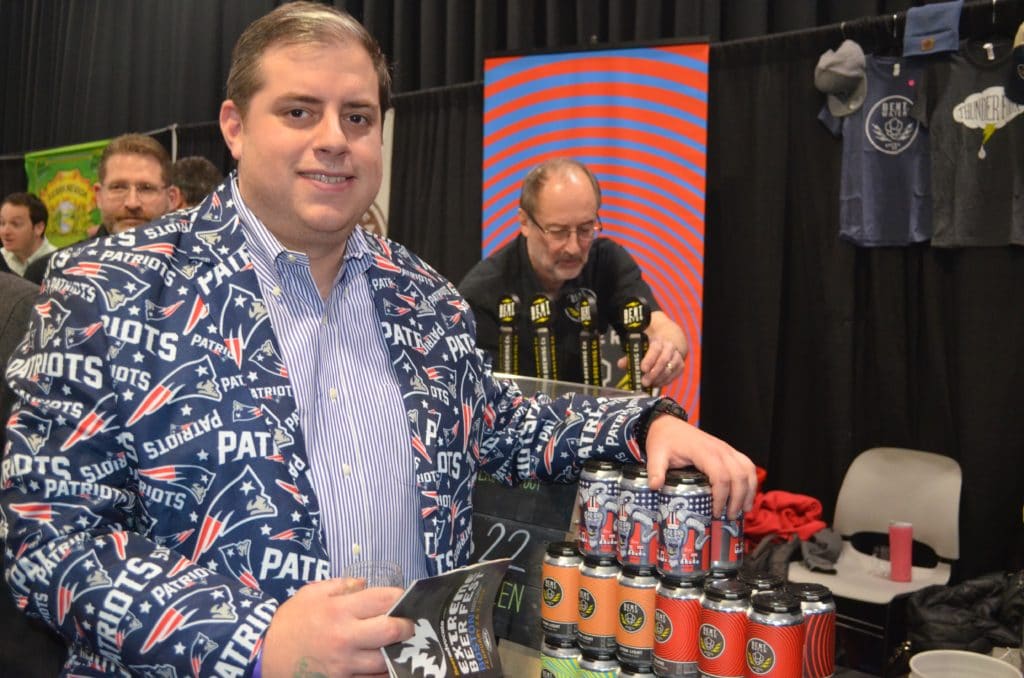 The Patriots came up short in the quest for their sixth Super Bowl title, but The “Mayor of Boston” reached his goal: a six-pack of Bent Water Brewing G.O.A.T. 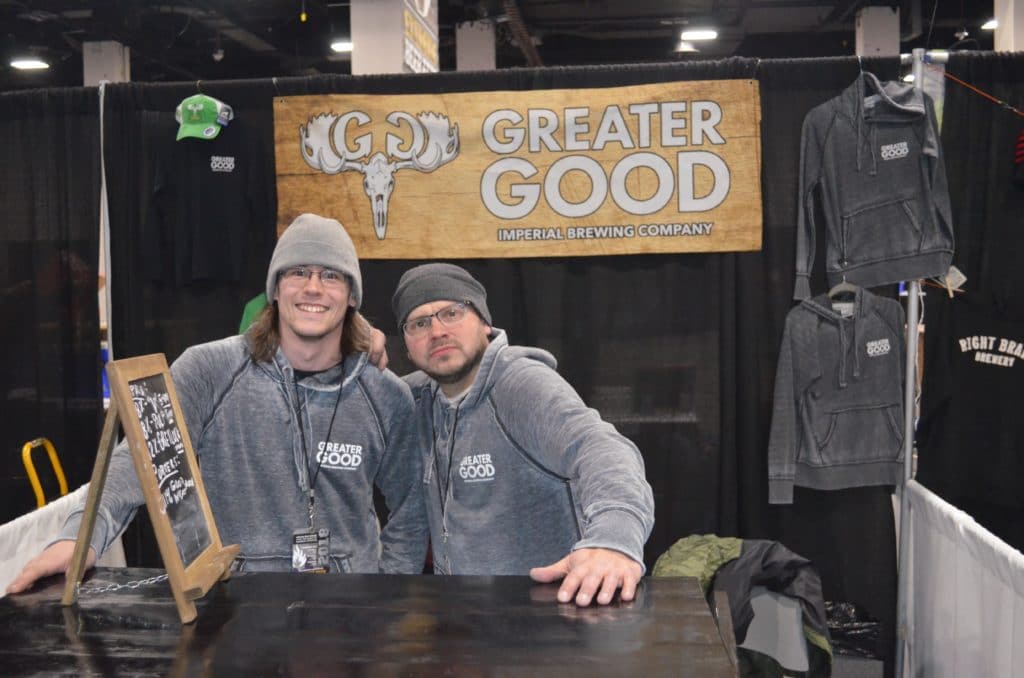 Attending their first EBF, Greater Good Imperial Brewing Company is a contract brand that will soon open a new taproom in Worcester. 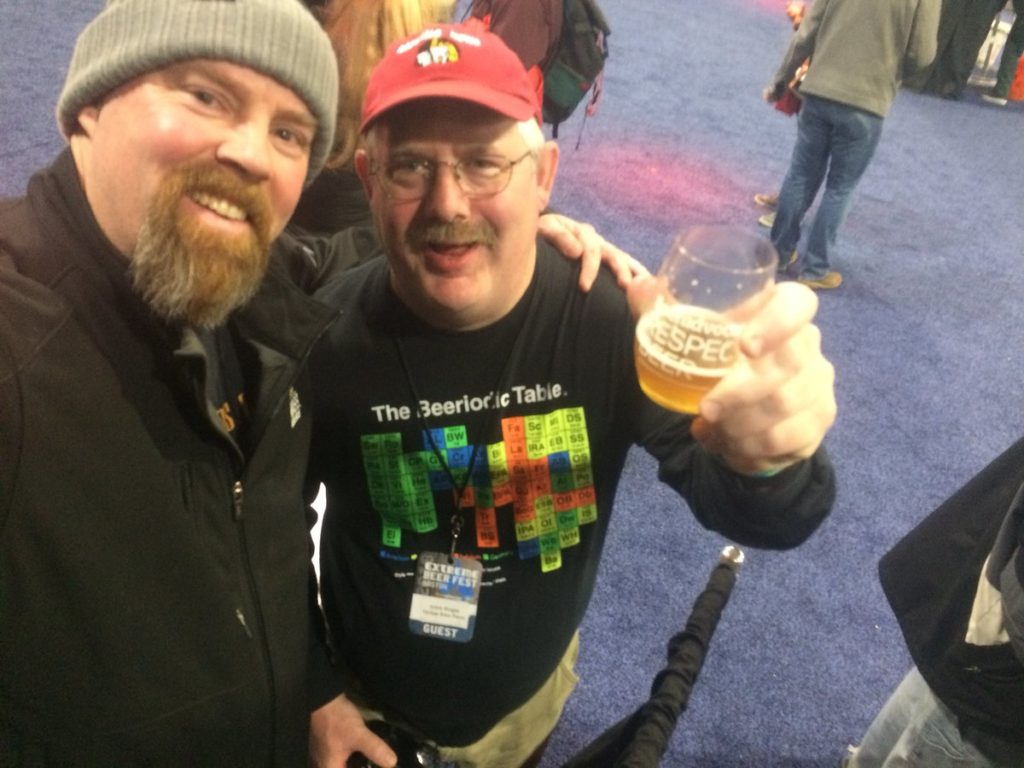 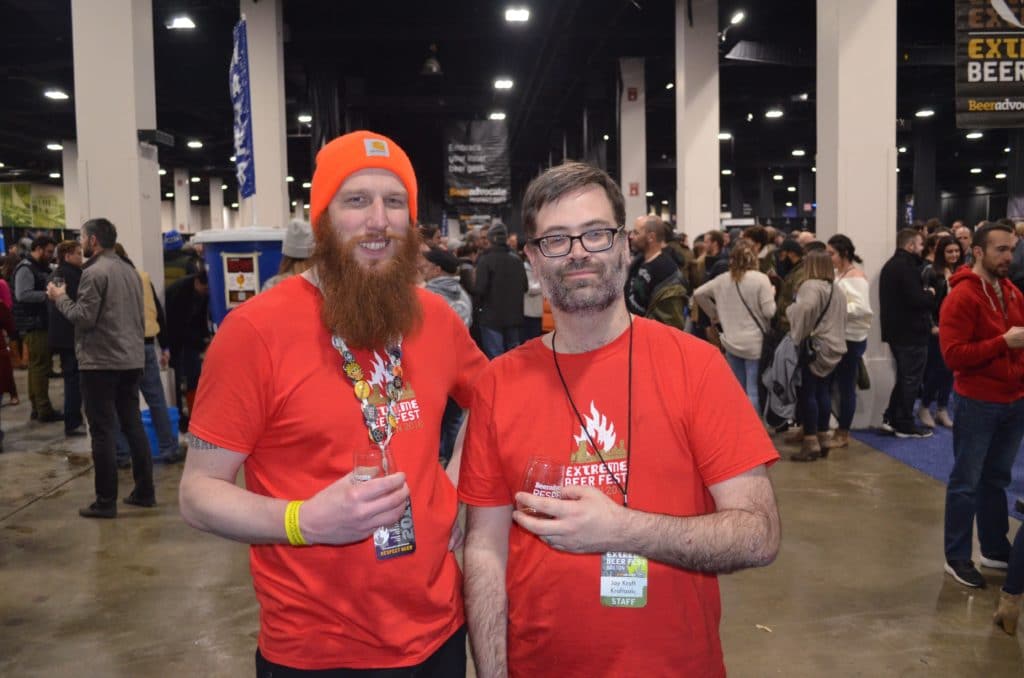 Many thanks to the hard-working EBF Staff for keeping the fest organized and the craft beer lines flowing. 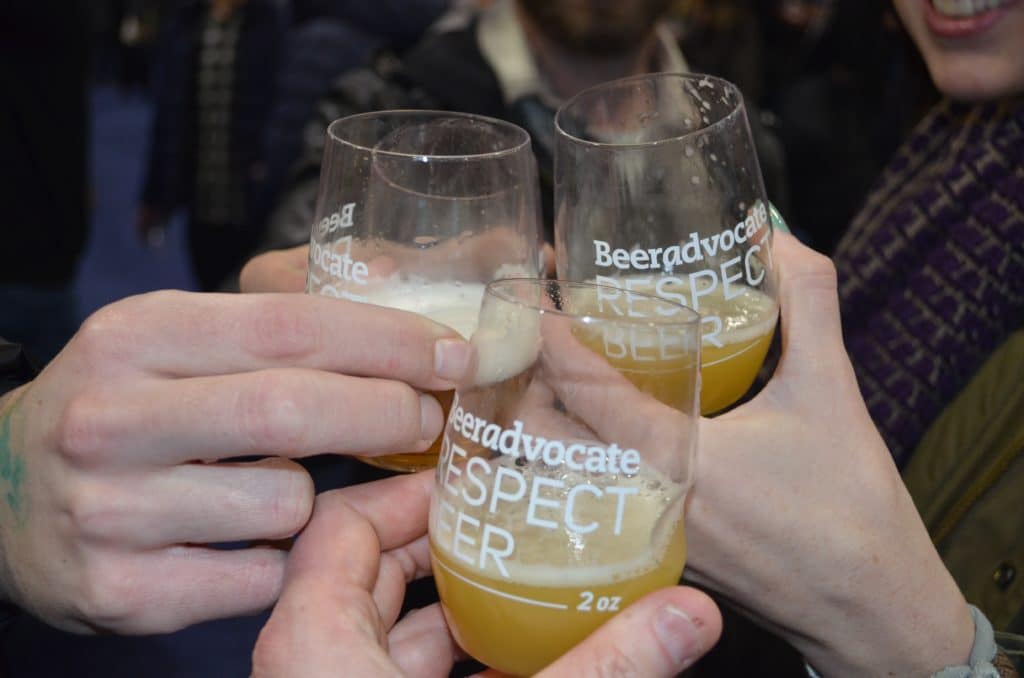 Cheers to BeerAdvocate for another fantastic Extreme Beer Festival – See you at the next craft beer fest!