With all the choices craft beer consumers have these days, it’s easy to forget that there’s a ridiculous amount of amazing beer right here in Massachusetts. So every Monday we choose a few of our favorite local brews and highlight their deliciousness. If you’re indulging as well, share what you’re drinking with us on social media using the #Massbrewmonday hashtag. On any other day of the week, just use the hashtag #Massabrewsetts. Either way, don’t forget to tag us.

This week we’ve got guest reviews from Craft Beer Cellar Roslindale, Boston Beer Hunter, and Pints on the Pike. If you think you’ve got what it takes, we’re always looking for new reviewers. Hope you enjoy our selections this week. Cheers to local beers. 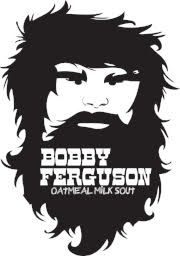 Who is Bobby Ferguson you ask? He’s not a British football phenom, and he’s not from Detroit either. Actually he’s a silky Oatmeal Milk Stout, with hints of sweetness that are smoothed out by dark, roasty malts. It  pours pitch black and erupts with a dark tan crema that dissipates to light meringue lacing. The viscosity is clearly evident, and that’s exciting.
Bitter-sweet cacao, rich espresso, and subtle vanilla aromas quickly follow.
This beer has a smooth and silky mouthfeel but is not overly slick or cloyingly sweet. Dark brown sugar on the front, then chocolate and coffee notes that amplify as it warms. Subtle dark dried fruit notes round out the finish.
Overall, “Bobby Ferguson” is well balanced. This is a great example of what a stout can be with artful brewing that’s not covered up with coffee, chocolate or other adjuncts. Get to know him now that Percival is finally distributing some of their beers in cans. 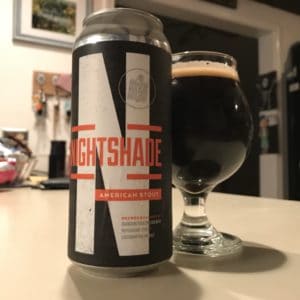 Featuring grains from noted local maltster Valley Malt, this 6.8 percent American Stout has 45 IBUs but is balanced nicely by the hints of chocolate and roasted coffee. One rater describes it as a “winter classic” on Untappd, but it’s actually their year round stout offering, and available in 16-ounce cans. Regularly featuring live music, Yoga, or some other event, and located in the middle of a cluster of breweries in Northampton/Easthampton, consuming this beer at its source would definitely worth a Saturday afternoon road trip, which is how I indulged in mine. So good, I grabbed a 4-pack of cans to go.

Start Line Brewing of Hopkinton has been offering their tasty Irish Red, Craic, since November 2016. An American take on an Irish Red Ale, it boasts caramel and toffee notes with a clean finish that features a touch of bitterness from the hydroponically grown hops they cultivate on site. A quaffable and sessionable 4.8% ABV beer, it pairs nicely with an afternoon of raking leaves followed by a few hours on the couch watching the Patriots. Available on draft, in cans, and for growler/crowler fills at the brewery (which is undergoing an exciting renovation/expansion), or at select draft accounts and beer stores.