Oktoberfest “Party in the Street” at the Gardner Ale House 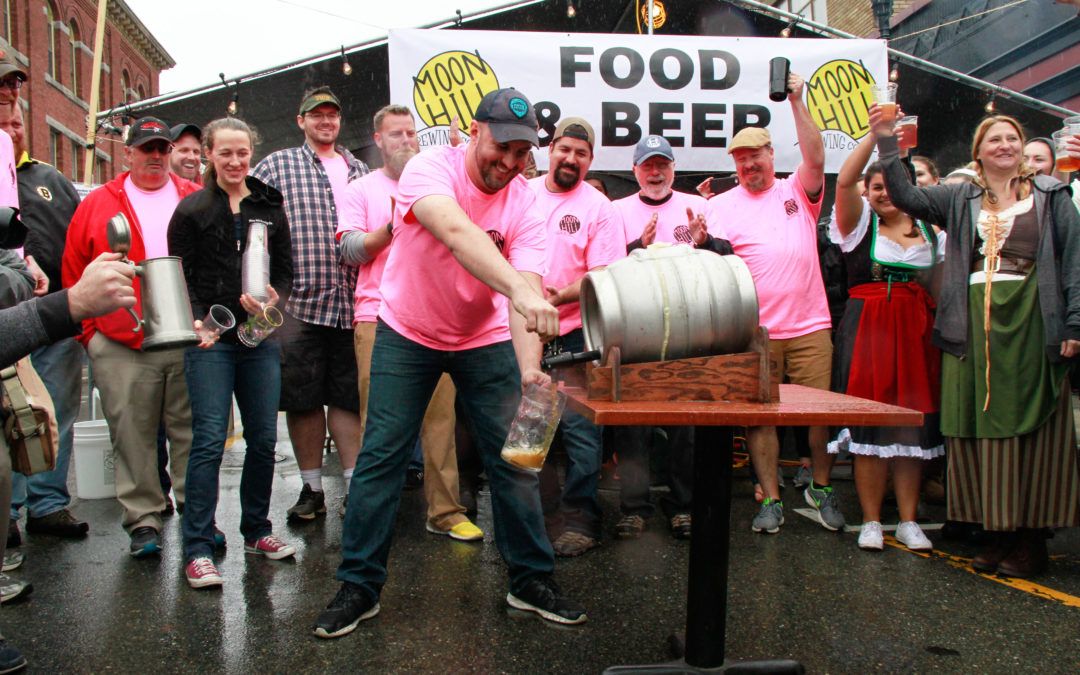 PRESS RELEASE / AUGUST 20, 2018 (Gardner, MA) – Gardner’s own Moon Hill Brewing Co. at the Gardner Ale House, along with the City of Gardner, present their 13th Annual Oktoberfest “Party in the Street” on Saturday September 29th. Admission for this event is free and open to all ages. Parker Street will be closed to traffic.

The party begins at 11:00 AM with the ceremonial Tapping of the Keg in front of the Gardner Ale House. Gardner closes Parker Street for the day and a New Orleans Street Party atmosphere ensues, featuring craft beer brewed locally by Moon Hill Brewing Co. and authentic German fare. Also at 11:00 AM begins the Chair City Community Workshop’s steamrolling print projectGardner Makes! The Gardner Chair Luge, powered by the Acadien Social Club, begins at 2:00 PM. Race teams convert their armchairs, sofas, and barstools into soapbox derby-style racers. They will be competing for the coveted Chair Luge Trophy and $200 in one dollar bills. Teams compete in costume and the event has become a legend in Central Massachusetts. “Human Bumpers” keep everyone safe. And revered Acadien Club mascot Brad Gallant clowns around dressed in this year’s “Hollywood” theme. Mr. Gallant who says he has no shame, also admits he has no idea what to do with his hair this year. Let’s find out!

According to Gardner Ale House and Moon Hill Brewing Co. owner Rick Walton, “Each year we keep shooting for the stars, which means we aim to make it twice as big as the previous year. Part of our trick to do that is the huge music we bring in, this year featuring Roomful of Blues. It’s all hands on deck, with over 115 staff running the party in the street.” 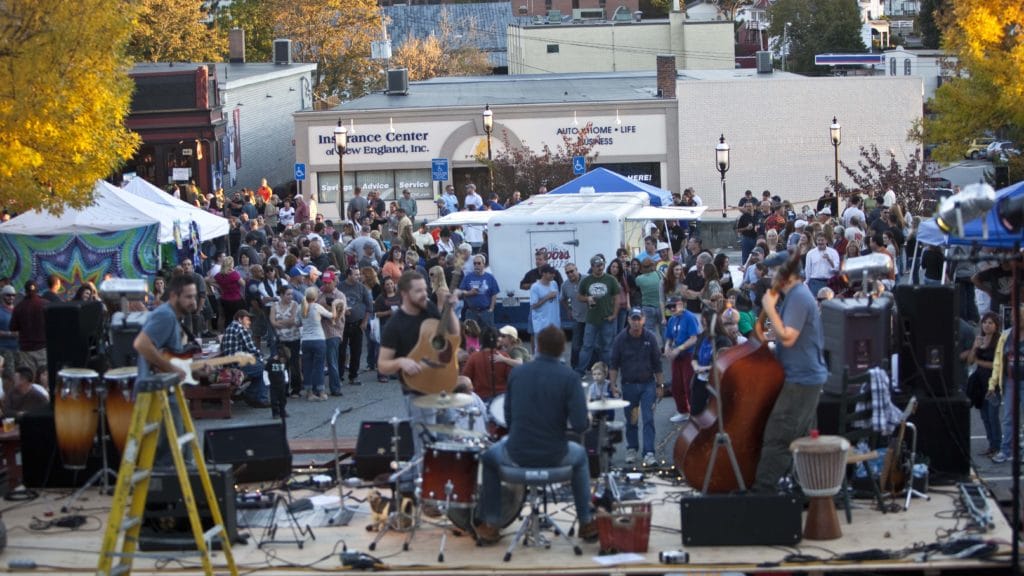 This year’s musical lineup begins at 3:30 PM, just after the Chair Luge with:
Roomful of Blues. International superstars Roomful of Blues hit the stage at 3:30 PM. Even though Roomful of Blues’ lineup has changed over the years, the band has always been one of the tightest, most joyful Blues ensembles in the world. Currently
an eight-piece unit, the band has never sounded fresher or stronger. Rick Walton says, “Sometimes they are the leader of the pack, and sometimes they are the keepers of the flame, but they are always one the best damn bands in the world.”
5:00 PM Nick Black. Nick Black hits the stage at 5:00 PM. Memphis-based Black, was Victor Wainwright’s lead guitarist before starting his own band just last year. Although he certainly has “Blues” roots, his new CD is a Soul/Pop/Funk and his slinky Memphis backing band is soulful and brings the audience to their dancing feet.
6:30 PM The Green Sisters. The Green Sisters are a Bluegrass/Newgrass quartet from Worcester County. The four local sisters sing tight harmonies while switching instruments from upright bass to fiddle to acoustic guitar to banjo. These women from Massachusetts deliver authentic Kentucky Soul while being totally original.
8:00 PM Our Buddy Karl. Closing the concert are local superstars Our Buddy Karl, who cover the best 80s and 90s Rock and Pop with showmanship, talent and down home craziness.

Oktoberfest “Party in the Street” is located at the Gardner Ale House, 74 Parker St., Downtown Gardner, MA. Admission: Free, Open to All Ages