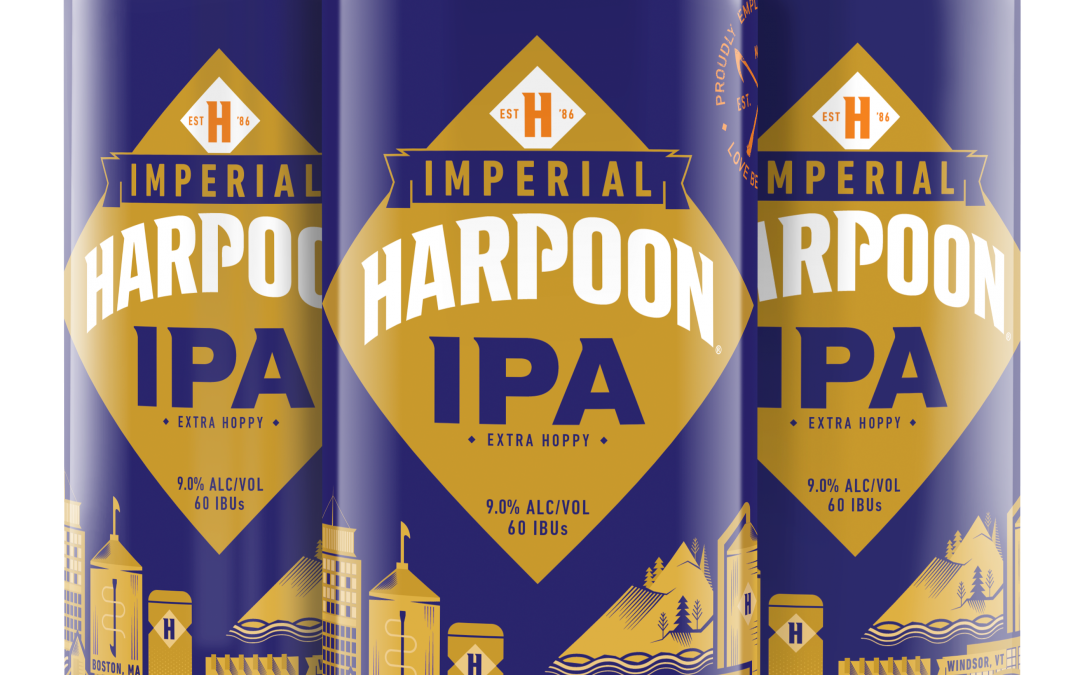 PRESS RELEASE / December 7, 2021 (Boston, MA) – More than 25 years ago, Harpoon Brewery introduced the OG Harpoon IPA that started the IPA movement on the East Coast. They would never change this New England staple, but that doesn’t mean they can’t have fun with it…

…Introducing Imperial Harpoon IPA: Big & Limited Edition. This is not your father’s beer! Taking their iconic IPA recipe and jacking the ABV up to a whopping 9.0%, Harpoon doubled down on the hops for even more flavor in the classic Harpoon IPA we all know and love. Available for the month of December, this familiar, classic New England IPA can be enjoyed on a whole other level of hoppiness.

Available as a limited release for the month of December, the Imperial Harpoon IPA will be sold in 4-packs of 16 oz. cans. It will also be available on draft starting this month at Harpoon’s Boston and Vermont breweries.