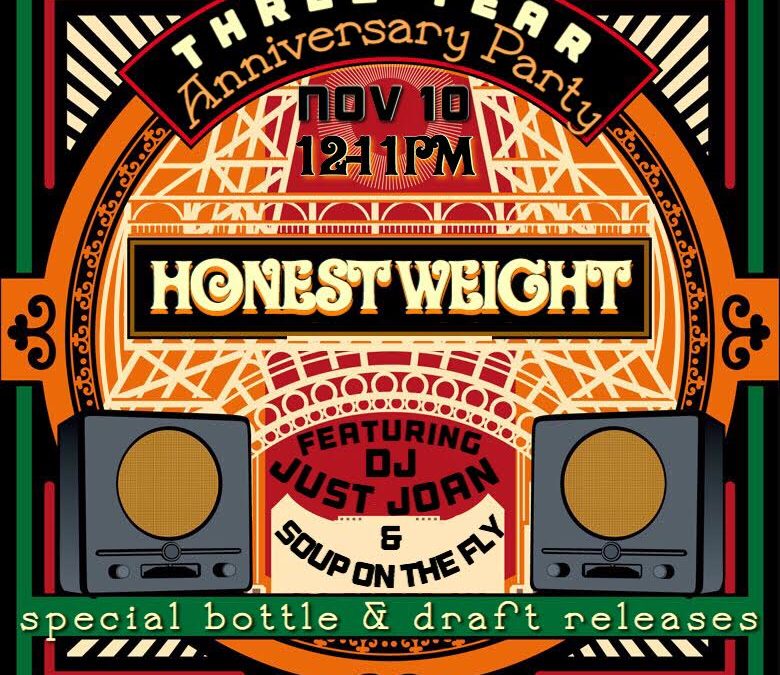 Saturday, November 10th Honest Weight Artisan Beer celebrates its three year anniversary with a day-long celebration in the its tasting room located in Orange, MA.  The party is scheduled 12:00-11:00 PM.

Situated beside the Millers River in the former Minute Tapioca and Bedroom factory, the brewery within the current Orange Innovation Center proudly features its regional pride and manufacturing history along its walls.  The tasting room is a regular hangout for the residents of neighboring towns and has become a destination for craft beer seekers.  Owner-brewers Nolan and Sullivan opened the doors to their brewery in November 2015, offering samples and growlers to go.  Nearly three years later, Honest Weight Artisan Beer is on draft and on shelves at over 100 bars, restaurants and package stores statewide.  The tasting room currently offers pours of draft and bottled beer to enjoy onsite, bottles and growlers to go and plays host to various events from yoga classes to trivia nights and dance parties.

With two previous anniversary events under its belt, the Honest Weight Artisan Beer family is poised to present an exciting and memorable Three Year Anniversary Party.  The day kicks off Saturday, November 10 at 12:00 PM in the tasting room.  The barrel room down the hall will be open with exclusive new and vintage bottles for sale.  The party’s food offerings will be catered by Athol’s Soup on the Fly from 12:00 – 8:00 PM.  Evening dance party festivities will kick off at 8:00 PM with DJ Just Joan and continue until 11:00 PM. 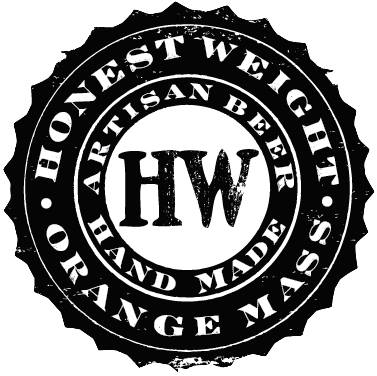