PRESS RELEASE / May 2, 2018 (Everett, MA) – In late 2018, Night Shift Brewing will open a craft brewery, taproom, and kitchen just steps off the Harborwalk and Freedom Trail on Boston’s restored Lovejoy Wharf. Located on the ground floor of the Converse building and around the corner from Boston’s TD Garden, the location will feature a 10-BBL microbrewery, 30 taps, a full kitchen, and approximately 325 seats in its expansive 12,000 s/f space.

“The owl is flying to Boston,” says Night Shift Co-Founder Michael Oxton, whose company currently runs a production brewery and taproom out of Everett, MA . “This second location has taken almost two years of searching, but we’ve found an incredible space in Boston’s West End to share with everyone.” In addition to beer and food, the location will offer waterfront patio seating during warmer months, a beer-to-go retail market, and a coffee bar for daytime guests.

While Oxton notes that their Everett location has continued to grow in popularity, he emphasizes that Night Shift has long-sought a second location within Boston proper. “We have such a strong following of beer lovers living and working within the city,” Oxton says. “Night Shift needed a Boston zip code.” Their search finally ended at Lovejoy Wharf. Just minutes from North Station and with views overlooking the water, the location seemed like a truly unique opportunity.

Partnering with Helios Design Group and Cafco Construction, Night Shift is aiming to create a turn-of-the-century look and feel that honors the location’s history. “They used to make everything from submarine parts to Schrafft’s candy here,” says Oxton. “We’ll keep the raw elements and add modern touches when it makes sense.” Where function meets aesthetics, Oxton notes that the goal is a layered, textured space that holds a big crowd, but offers opportunities for more intimate conversations and experiences.

Within the space, Night Shift will build a fully operational brewery in full view from the Taproom. Managing that brewery will be Night Shift brewer Anna Jobe, who notes that consistent recipe development will be center stage at Lovejoy, adding, “This will be an innovation playground.” Production will revolve around small-batch, experimental beers with the goal of fueling Night Shift’s recipe pipeline. Their 10-bbl brewing system will support sixteen 10-barrel tanks, giving the team about 2,500 barrels of annual capacity. 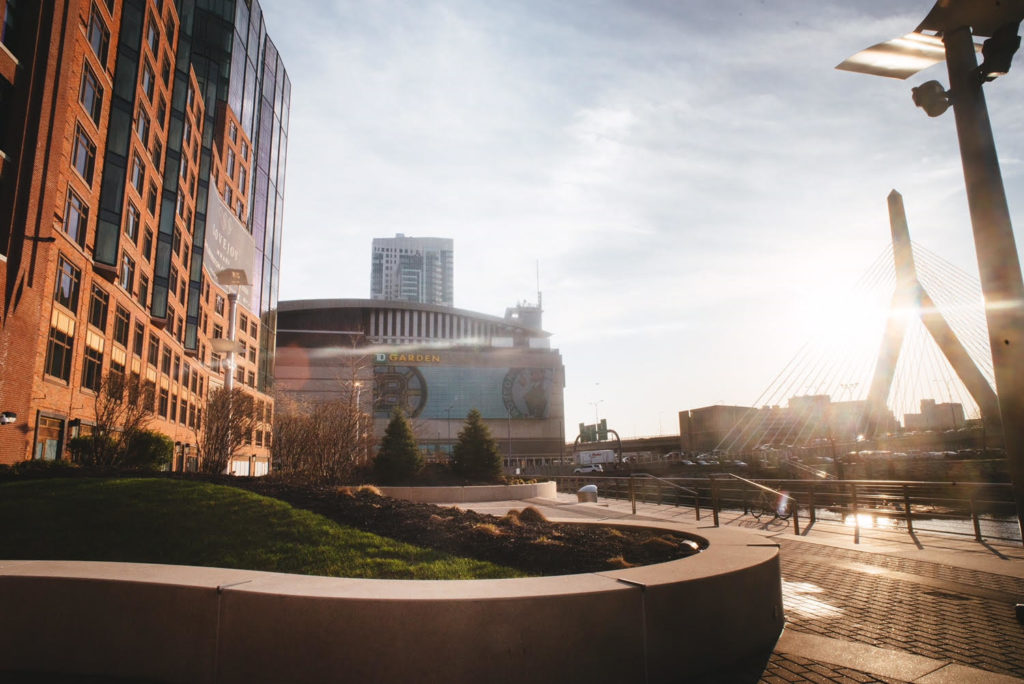 Jobe emphasizes that the majority of beer brewed on site will stay on site. Of the 30 taps available, most will pour house-only beers, the remaining lines dedicated to NSB’s core brands, such as their award-winning Santilli IPA, Whirlpool New England Pale Ale, and Nite Light Craft Light Lager.

Supplementing their beer will be a food menu developed by Night Shift themselves. While food truck partnerships offer a great solution in Everett, Oxton says that Lovejoy calls for an in-house kitchen. The team has turned to RealFood Consulting to help them build and design a food program that matches their vision. “The goal is a focused menu that offers both small plates and shareable items,” says Oxton. “One page. Same menu all day long. Creative, elevated takes on familiar dishes.”

As for getting there, Night Shift Lovejoy aims to beckon runners, walkers, bikers, and pretty much anyone not driving their car. Says Oxton, “There’s no dedicated parking. We’re hoping that encourages responsible transportation.” Regarding open hours, the current plan is seven days a week, early morning until 1am. “We want people to use and enjoy our space during all hours of the day for any number of occasions,” says Oxton. “Whether it’s grabbing a 4-pack and coffee during lunch, after-work drinks and snacks, a weekend family visit, or a full corporate outing, we want Night Shift Lovejoy to be your go-to beer destination in Boston.”

Night Shift will provide updates as more details are finalized this summer. Follow @nightshiftbeer on social media to follow live updates on the buildout and opening events.

Night Shift Brewing was founded in 2012 by a trio of friends with a shared passion for homebrewing. Through culinary inspiration and determined innovation, we aim to create memorable craft beers that offer a wide array of unique, complex flavors.

We believe in creating and sharing a world class culture built around our passions. This belief influences everything from our branding, to our sales service, to our staffing, to our Taproom environment, to our processes on the production floor. We are endlessly passionate about the culture that we create, and we look to share that culture with those around us.